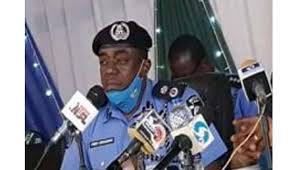 The Commissioner of Police, Oyo State Police Command, CP Joe Nwanchukwu Enwonwu, psc has stated that adequate security measures have been emplaced for residents and visitors in Oyo State ahead of this year’s Sallah celebrations (EID-EL-KABIR).

In a statement issued by the Force’s Public Relations Officer, SP. Fadeyi Olugbenga, the Commissioner of Police have directed all DPOs, Area Commanders  and HODs to ensure twenty-four hour security of their areas of responsibility (AOR) and immediately commence aggressive stop and search patrols, purposeful vehicular patrol and robust intelligence network to ensure security of lives and property before, during and after the festive period.

In the same vein, the statement quoted the Commissioner imploring residents to be security conscious during the forthcoming festive season, stressing that some miscreants may be out to cause mayhem.

It read, “all and sundry are implored to be security conscious, watch out for strangers and hoodlums who are all out to cause mayhem and disturb the peace equilibrium being enjoyed by the good citizens of Oyo State. Sequel to this, it is paramount to secure rams, cows and other animals purchased for the purpose of Sallah celebrations; and at the same time vehicles parked within our immediate environment, garages and public places should be under lock and key at all times and also as a matter of compulsion keep only photocopies of vehicles papers in the car safe to prevent incident of removal of vehicles from where parked”.

Consequently, the Police Chief noted that all rules and regulations to prevent and curtail the spread of COVID-19 in Oyo State would be strictly followed by the NPF, Oyo State Command, adding that officers of the Police force would not relent in their collective efforts to enforce and ensure total obedience.

“In lieu of this, all citizens are to take responsibility against the spread of COVID-19 Virus in the State, while physical and social distancing must be maintained by the populace at all levels, personal and respiratory hygiene as well as other regulations issued by all relevant authorities must be followed including eschewing public gathering and organizing street carnivals”, it read.

The Police Chief also enjoined members of the public to take advantage of Police Control room numbers, in the event of distress.

The CP therefore warned all criminally minded individuals or groups who are bent on causing mayhem to stay clear from Oyo State. He further advised celebrants to be conscious of their security, the environment, suspicious parcels and movement from criminal elements, noting that they are to also assist the Police with credible information to enable us serve the people better.