Gov. Makinde Admonishes Residents, “let us be thankful to God we survived 2020” 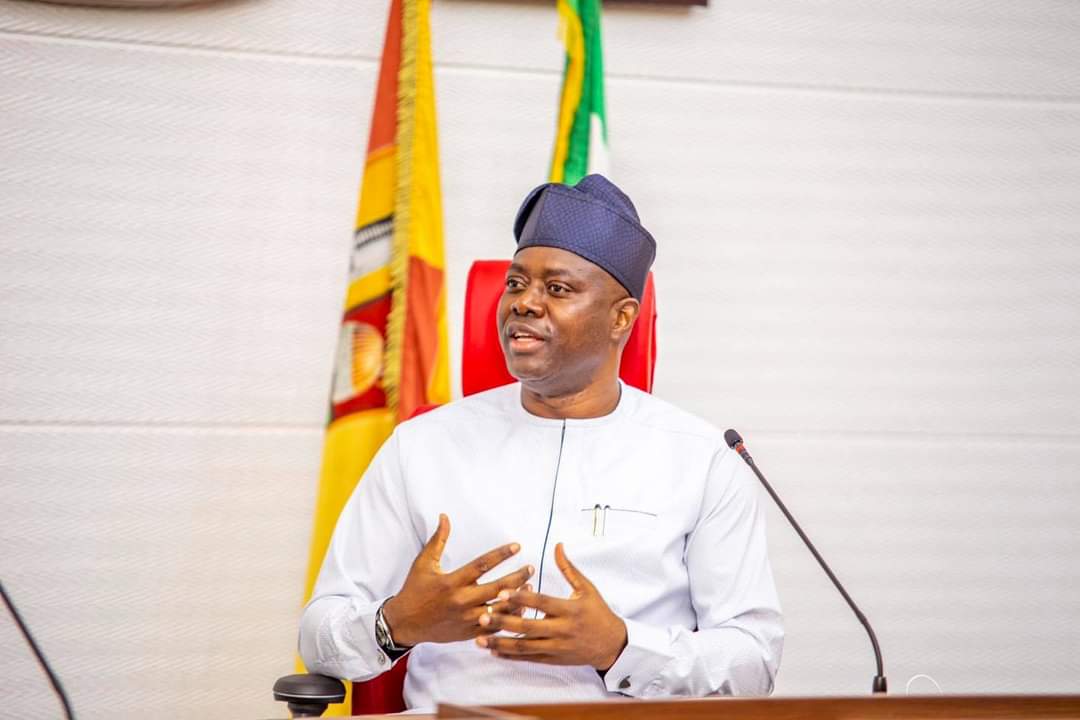 …we’ll continue to put people first in every decision – Gov

Governor Seyi Makinde of Oyo State has declared that residents of the state and Nigerians should be thankful to God for surviving 2020, stating that though many would describe the year as a tough one, God’s grace saw them through the various challenges that characterised the year.

The governor maintained that despite various events that set the state back economically, the state government was still able to record a huge reduction in the infrastructure deficit of the state.

Makinde, according to a statement signed by his Chief Press Secretary, Mr. Taiwo Adisa, stated these in a 2021 New Year Address made available to newsmen in Ibadan.

He noted that though 2020 was characterised by drop in oil prices, which led to a huge drop in revenue from federal allocations and the attendant economic meltdown, the COVID-19 pandemic and the aftermath of the #EndSARS protests, among other challenges, residents of the state could still count their blessings.

According to the governor, the efforts of his administration in fixing the health, education and security sectors have yielded positive results, while the administration was also able to grow the Internally Generated Revenue, IGR, of the state.

He said: “As 2020 closes, I am reminded of the words of the very popular 1897 hymn by Johnson Oatman Jr, “Count your Blessings.” This song encourages us to take stock of the good things that happened in our lives. “When we do this, we often find that we have overlooked many positives.

“Many would describe 2020 as a tough year. At the beginning of the year, the drop in oil prices led to a huge drop in revenue from federal allocations and attendant economic meltdown. In March 2020, many states in Nigeria had cases of the coronavirus disease. “This necessitated an interstate lockdown by the Federal Government. Although we did not effect a total lockdown in Oyo State, we were not spared the economic and social effects of the COVID-19 pandemic. A few months later, we faced mass protests by the youths and others who were angry about police brutality. Events after the protests also set us back economically.

“However, our 2020 is not defined by these events. As the first stanza of that song says: “When you are discouraged, thinking all is lost, count your many blessings, name them one by one, and it will surprise you what the Lord hath done.”

“So, let me recount some of the blessings that 2020 brought us as a people.

“We continued working with our administration’s blueprint, the Roadmap to Accelerated Development in Oyo State, 2019-2023. And I am happy to report that we have continued to reduce our infrastructural deficit, slowly but surely.

“As at September 2020, we had recorded an Internally Generated Revenue (IGR) of 25.6 billion Naira. And using the half-year figures, that represented a 26.4 per cent increase in IGR year on year.

“Moribund industries such as the Pace Setter Quarry and Asphalt Plant, Ijaiye, Agbowo Shopping Complex, Ibadan and Pacesetter Fruit Processing Company, Oko, were handed over to concessionaires. All of these will be contributing to the economic development of our state.

“We are confronting the new challenges caused by the influx of people and businesses into Oyo State. More people are being attracted to our dear state because of our good governance initiatives and business-friendly environment. We believe that the complaints about the city’s traffic situation will soon be a thing of the past as we vigorously pursue road rehabilitations, expansions, and constructions. The bus terminals at Iwo Road, New Ife Road, Challenge and Ojoo will be commissioned in 2021.

“In Education, we have continued our strides with the construction of model schools, blocks of classrooms, perimeter fencing and sinking of boreholes. We have also engaged in teachers’ training and completed the recruitment of 5,000 teachers to reduce the student/teacher ratios in our secondary schools.
“We were able to resolve the lingering issue of the Ladoke Akintola University of Technology (LAUTECH), and Oyo State is now the sole owner of the institution.

“In Agriculture, we signed the Oyo State Agribusiness Development Agency (OYSADA) bill into law which provided for the establishment of OYSADA. We began renovating and expanding the Headquarters in Saki. We also initiated the Start Them Early Programme (STEP) in collaboration with the International Institute of Tropical Agriculture (IITA). This initiative takes agribusiness education to secondary schools. Additionally, we started training our youths in agribusiness with the Oyo State Youth in Agribusiness Tomatoes Project.

“The highlight of the past year in security is the commencement of operations of the Oyo State Western Nigeria Security Network (codenamed Amotekun). We know there will be teething problems, but rest assured that the corps will be serving the interests of the people of Oyo State. We also believe that all well-meaning residents of Oyo State will work with the corps to secure all 351 wards of our state.

“Our Healthcare sector witnessed improvements not only in infrastructure but also in recruitment and training. We took advantage of the pandemic to upgrade and rehabilitate Primary Healthcare Centres (PHC) at Igbo Ora and Awe. We also renovated and equipped the PHC at Aafin in Oyo Town and ALGON Comprehensive Health Centre at Eyin Grammar, Ibadan. We now have one Infectious Disease Centre at Olodo. At Ogbomoso, we renovated one wing of the LAUTECH Teaching Hospital. Whereas at Saki, we took an incomplete project and turned it into a 100-bed specialist hospital. Our plan to rehabilitate one PHC per ward in Oyo State is in full gear.”

Governor Makinde, who urged residents of the state to maintain a positive outlook for the New Year, said the state is open for business and that his government remains committed to its promise to uplift the state, stating that it would never take the support of the people for granted.

He added: “We will continue to maintain a positive outlook for 2021. Oyo State remains open for business. The Oyo State Investment and Public-Private Partnership Agency (OYSIPA) is always willing to discuss investment opportunities in Oyo State with both local and international businesses.

“We will never take for granted your continued support for our administration, nor will we take lightly our promise to serve. We remain committed to our promise to put you, the good people of Oyo State, first in every decision we make.

“And at the end of the year 2021, may we have even more reasons to look back and be surprised at the “many things that the Lord has done.