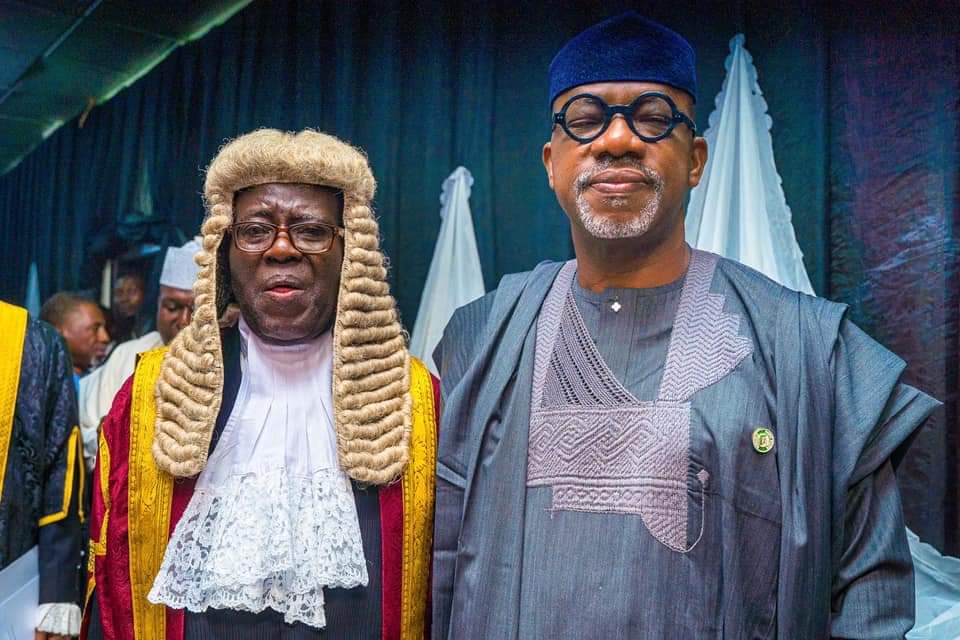 The Ogun State governor, Dapo Abiodun has called on judicial officers in the country to emulate the sterling qualities of Justice Mojeed Adekunle Owoade, the Presiding Justice of the Court of Appeal, Kaduna Division.

Abiodun made the call while fielding questions from newsmen after attending the valedictory Court Session in honour of the Justice Owoade, held at the Court of Appeal Ibadan. 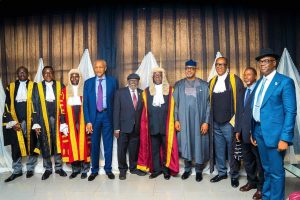 The governor noted that judicial officers, particularly the young ones, have a lot to learn from the retiring judge.

He said that the judge who just clocked 70 years is a man of impeccable character, who started from a humble beginning to become a leading light in the nation’s judiciary, adding that “apart from being an erudite scholar, he is also very disciplined”.

“He is defined by competent, good working ethic, good character and discipline. The bench will miss him”, Abiodun added

While wishing the retired judge a restful retirement, the governor charged him not rest on his oars, but make use of his time, wealth of experience and energy to serve God and humanity by rendering useful advice and imparting on the young ones.

He hailed the judge for his hard work, scholarship and dedication, which made him to be selected as the only Nigerian invited to make contribution to the International Criminal Encyclopedia.

In her tribute, the President, Court of Appeal, Hon. Justice Monica Dongban Mensem, said the Justice Owoade had risen to the demand and responsibilities bestowed on a judicial officer as a hardworking, fair-minded and courteous jurist who has an impressive command of a wide range of the law.

While emphasizing the qualities of Owoade who had served in Ilorin, Calabar and Kaduna Divisions of the Court of Appeal, Justice Mensem opined that his vast contributions have enhanced the essence of his judgments, making them resilient to stand the test of time.

Responding, the retiring judge described the Appeal Court as an intermediate court in the nation’s judiciary, saying that the moving of judges from one division to another entails a lot of sacrifice which should be adequately compensated.

While stressing the importance of upholding the rule of law in the country, he called on the Federal Government to improve the welfare of judicial officers, especially that of judges, for optimal service delivery,

The special court session was attended by the Chief Justice of Nigeria, Justice Olukayode Ariwoola, Oyo State Attorney General and Commissioner for Justice, Prof. Oyelowo Oyewo, the Matriarch of the Bar, Chief (Mrs.) Folake Solanke, amongst others.