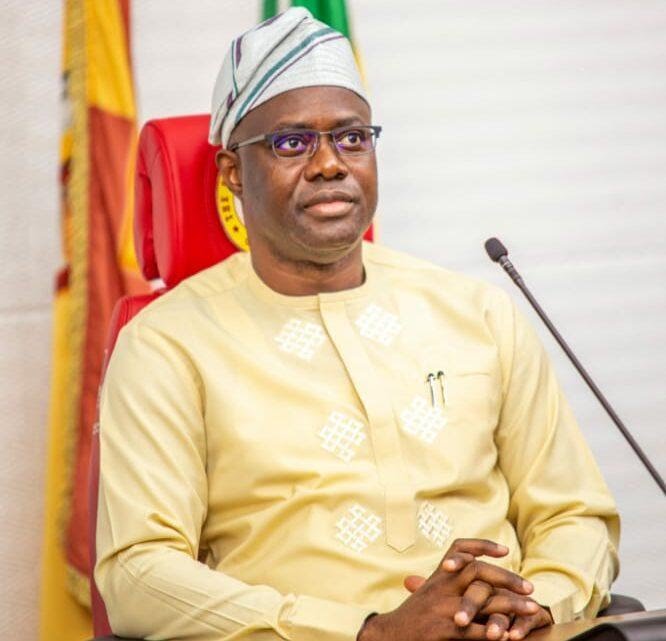 Saki shut down on the 16th in honour of Governor Seyi Makinde, with support pouring in in all shapes and forms, as 3SC engaged Saki UNited in the curtain raiser of the three matches.

Played in front of a maximum capacity crowd at the Saki Stadium (one of the newly inaugurated stadia in the state) the game was more than a friendly match, as pride was at stake.

Football is the main unifying factor amongst Nigerians of diverse tongues and cultures. Seyi Makinde Football Volunteer group managed to bring together football fans in Saki and Oke-Ogun last Sunday.

Saki stadium was fully packed yesterday in support of His Excellency, Governor Seyi Makinde with 3SC Supporters travelling from Ibadan to Saki in droves to show their support for Governor Seyi Makinde, in an initiative put together by JMO Sports and Watts Oil, Messrs Jide Olugbodi, Richard Adefiranye, Barrister Rotimi Alli and Tunde Adejuwon.

Ramon Akanni was on hand to play yesterday, leading a cast that includes Taye Currency, billed to perform at the grand finale at Adamasingba stadium on Sunday 23rd October.

The collective of like-minded, progressive indigenes with the singular goal of ensuring GSM fully attains his vision of moving Oyo State forward from poverty to prosperity continued in its quest to mobilise volunteers across the the state and the country to register and support the course for the re-election of Governor Seyi Makinde.

Shooting Stars SC of Ibadan validated the Governor’s continued investment in the club and the state by beating Saki United 2-0 , in the keenly contested match.

Next is Ogbomosho as Crown FC take on Housing Corporation on Wednesday 19th to decide who plays 3SC in the final on Sunday 23rd at Adamasingba stadium.