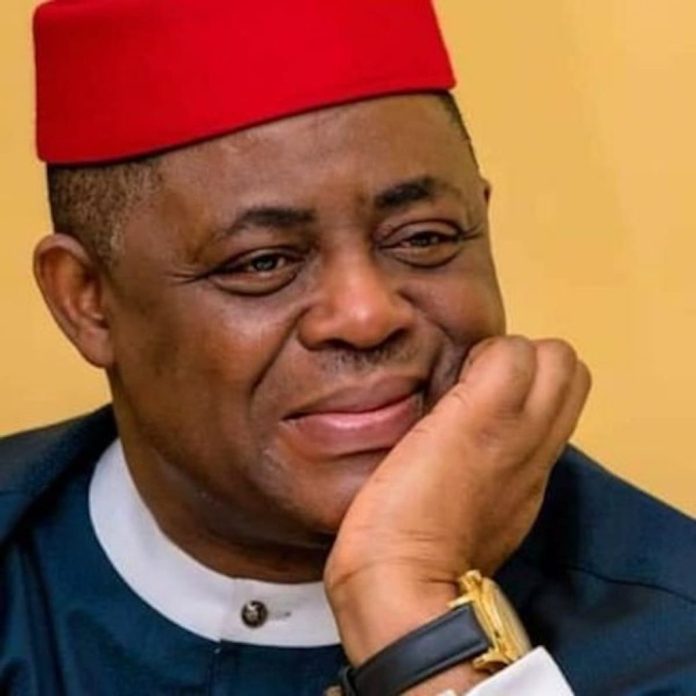 The Nigeria Union of Journalists(NUJ), Oyo State Council has ordered the boycott of a purported press conference called by former Aviation Minister, Chief Femi Fani-Kayode on Monday in Ibadan.

Mr Ademola Babalola, the State NUJ Chairman made the announcement during a Fresh FM radio programme monitored on Monday in Ibadan.

“It was about two hours ago that we learnt that FFK in his usual junketing across the nation allegedly landed in Ibadan last night. We heard that he has invited some of our colleagues to a press conference.

“As I am talking to you now, we have not gotten any circular, any contrary position from the NUJ in Abuja to henceforth forgive him or attend any of his programme forthwith.

“As a journalist, I expect a kind of sober reflection on the part of FFK. I had expected that he would pay a visit to the NUJ president, Chris Iziguso and possibly the management of Daily Trust Newspaper to atone for his many ‘sins’ against the journalists in the country.

“So, for now Oyo NUJ position is still very clear that we are boycotting this press conference today in Ibadan,” Babalola said.

Babalola said that the NUJ in the state was unaware that Fani-Kayode is in Ibadan, adding that we got information that he had been reaching out to some members in Ibadan.

According to him, “officially, we are not aware of anything as we speak to you. Today, FFK remains blacklisted in the media industry in Nigeria until otherwise stated by the National Secretariat of our union in Abuja through a written document in the form of a memo, circular or stament to all State Councils.

“For now, NUJ has not sent circular down to various state councils in Nigeria to tell us the update, though we read in the social media and newspapers that he has sent apology letter.

“He had in the letter said he disappointed himself, friends and family over his attack on Eyo Charles. The reason for FFK’s ongoing tour is still strange to all.

“This is what our colleague, Charles was trying to unravel in Cross River, when FFK attacked him. We wonder why he is travelling all about when he is not the PDP National Chairman or assigned such duty by the PDP.”

He said that FFK had truly apologised over the attack, but people should be made to atone their sins now on earth.

“As a human being, to err is human but to forgive his divine. I agree but he should atleast be more circumspect and allow the heat to go down,” Babalola stressed.

The NUJ Chairman said that any journalist who attends the programme does so at  their own perile and not NUJ.