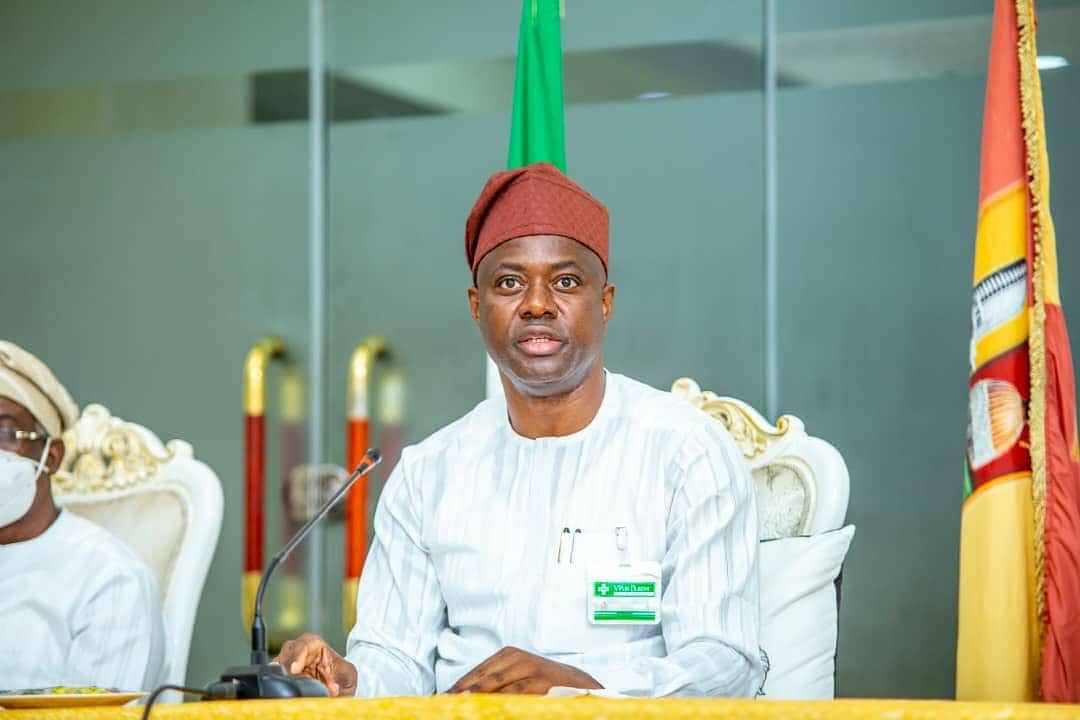 The Oyo State Executive Council, on Tuesday, approved the sum of N800 Million as counterpart fund for Oyo State Rural Water Supply and Sanitation Agency.
The fund, according to the administration, will provide for implementation of partnerships for expanded water supply, sanitation and hygiene, in 20 local government areas of the state.
The Oyo State Commissioner for Youths and Sports, Mr. Seun Fakorede, his counterpart in Information, Culture and Tourism, Dr. Wasiu Olatubosun, the Commissioner for Budget, Barrister Adeniyi Farinto, and the Commissioner for Energy, Barrister Seun Ashamu, who, together, briefed newsmen on behalf of the State Executive Council, made this disclosure on Tuesday, shortly after the 21st meeting.
A statement by the Chief Press Secretary to the governor, Mr. Taiwo Adisa, indicated that the governor has also approved that Oyo State pensioners in the diaspora should be screened virtually for the ongoing Staff Audit and Payroll Re-engineering Exercise, citing the COVID-19 pandemic and the stress involved in such pensioners coming home to be screened.
The statement added that the executive council has approved the forwarding of a bill for the upgrade of the Fire Service Unit of the Ministry of Public Works and Transport, to a fire service agency, to the House of Assembly.
Fakorede said: “After the state executive council meeting today, conclusions were reached and approval was gotten from the EXCO for N800 Million, which is meant to be a counterpart contribution to Oyo State Rural Water Supply and Sanitation Agency, and this counterpart funding is meant to attract a total of N2,967,700,000.00 only from the Federal Ministry of Water Resources.
“This fund is required to provide for implementation of partnerships for expanded water supply, sanitation and hygiene in 20 out of 33 local government areas of the state.
“As contained in the Oyo State investment plan and as submitted to the Federal Ministry of Water Resources, the project will work towards sustainable improvement of the water supply, sanitation and hygiene – situation in urban, small towns and rural areas in the state – in order to better serve our people.”
Contributing, Olatubosun added: “In the same vein, the council also approved virtual screening for Oyo State pensioners in the diaspora due to the current Covid-19 pandemic and the stress it would cause the pensioners and the cost of coming home for the ongoing Staff Audit and Payroll Re-engineering Exercise.
“The Executive Council has graciously approved that video calls be used by the consultant on the scheme in order to capture this set of pensioners.
“In this regard, pensioners in the diaspora and their relations are hereby enjoined to utilise this golden opportunity offered by His Excellency, Governor Seyi Makinde, to make themselves available for the exercise. This is a means/way to demonstrate the governor’s stance on the welfare of our senior citizens.”
In another development, the Commissioner for Energy Resources, Barr. Seun Ashamu said that “the Council considered and approved that a bill should be forwarded to the House of Assembly, which repeals the erstwhile Oyo State Fire Services Law and replaces it with an Oyo State Fire Services Agency Law. And what that does essentially is that what was once a unit under the Ministry of Public Works and Infrastructure, will become a full-fledged agency under the office of the governor to deal with all fire issues in the state.
“This became expedient in the course of some of the incidences of fire that the state has witnessed in recent time. So, the agency, in essence, is to coordinate the activities of fire authorities across the length and breadth of the state, and to extinguish and stop the spread of fire, while advising the government on the risk associated and things that can cause fire in the state. The bill has been forwarded to the House of Assembly for consideration.”
Signed
Taiwo Adisa
Chief Press Secretary to Governor Seyi Makinde
18 August, 2020.