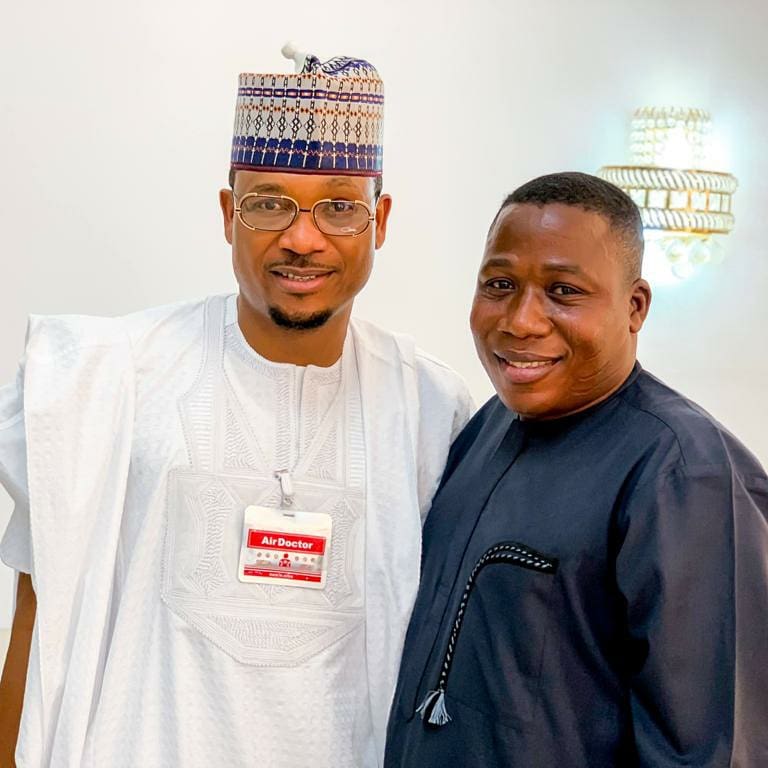 Hon. Shina Abiola Peller, the MHR representing Iseyin/Itesiwaju/Kajola and Iwajowa constituency in the Federal House of Representatives, has lauded rights activist, Sunday Adeyemo, popularly known as Sunday Igboho, for his bravery and determination in evicting criminal herdsmen from the South West.

Previously, the people had issued a seven-day ultimatum to herdsmen to vacate Ibarapa community of Oyo State as a reaction to the series of criminal activities within the community. He stated: “I will soon sack criminal herdsmen from Osun, Ekiti, Ondo, Ogun, Lagos even Kwara State. We are tired of the criminal activities of these herdsmen. Yoruba must unite to fight this course. I am not scared of anybody.

“I am fighting for the peace of my people, enough is enough. The killing is much. I am not ready for any dialogue with any government other than they should ensure that those herders leave our land.”

His statement was met with a huge uproar and mixed reactions from all sects within the country.

However, Hon Shina Peller has stepped forward to salute the Yoruba activist for his determination to restore peace to the South West, even in the face of death threats and the razing down of his home in Ibadan.

Hon Peller went on to warn that no citizen should take laws into their hands to avoid a chain of drastic events. He stated that Governors in the Southwest were fully committed to restoring peace and unity across the South West regions and Nigeria as a whole.

He explained that while it is clear that the Government alone cannot fight the war due to the rise in kidnapping, banditry, and killings in the area, it is time for the Government to create an enabling environment for communities to protect themselves.

In the same vein, Hon Peller equally sympathised with the family of Late Leye Ajibola, popularly known as Gattuso, who was shot by unknown gunmen on January 23. According to him, Gattuso’s death was a shocking blow to everyone who knew the late socialite. He further stated that it was his wish that the killers would be brought to book in no time at all.