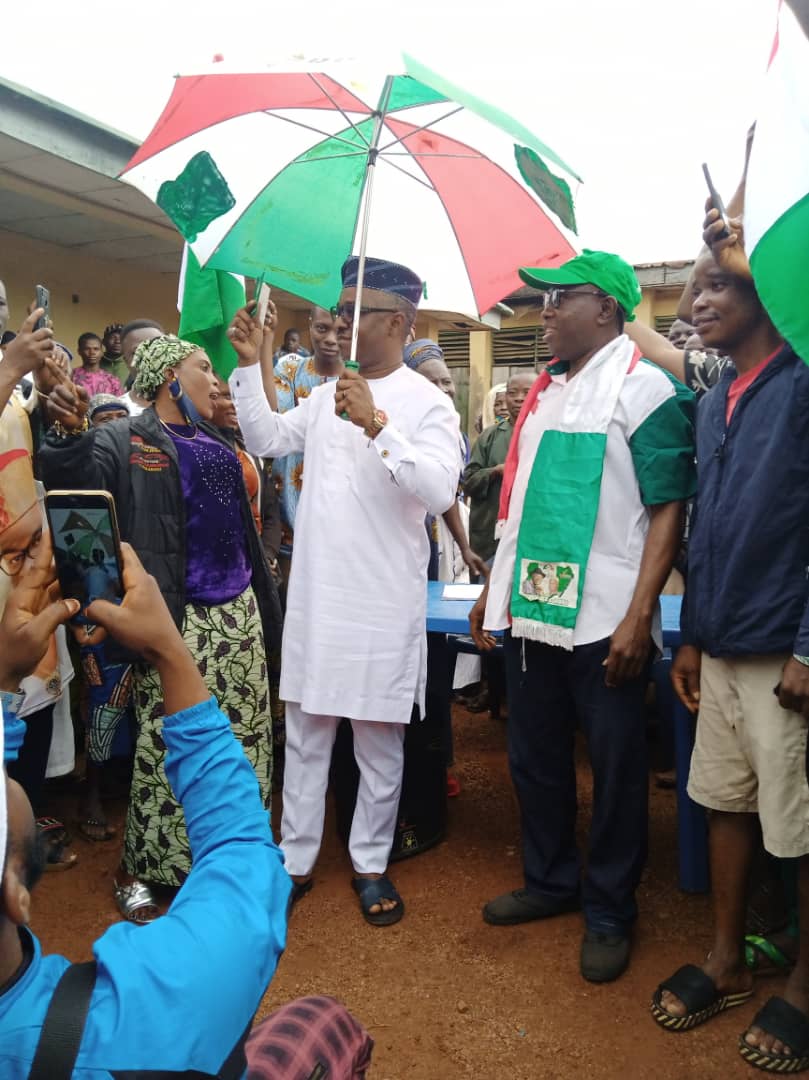 Akinwole who was recieved by the leadership of the party at Osupa Ward 9 Ogbomoso was joined by his teeming supporter in the party.

He was presented with unmbrella which is a symbol of the party and a membership card .

Speaking on why he defected, Wolekanle as he is fondly called said he is attracted into the party by the achievements of Engineer Seyi Makinde and his style of governance

In APC where i was before they tried their best but their best is not enough, i am glad i am in PDP and i belief that with my contributions and support of other people the party will have overwhelming support and record landslide victory in the subsequent election.

” He thanks the the leadership and members of the party for holding forth and accepting him into their fold and promised that he would abide by rules and regulations of the party .

” We appreciate your coming because your presence in our midst will add value to our party both at local state and National Level.

Some of the party leaders, Women and Youth who spoke at the emergency ward meeting said they are happy to have him in their midst.