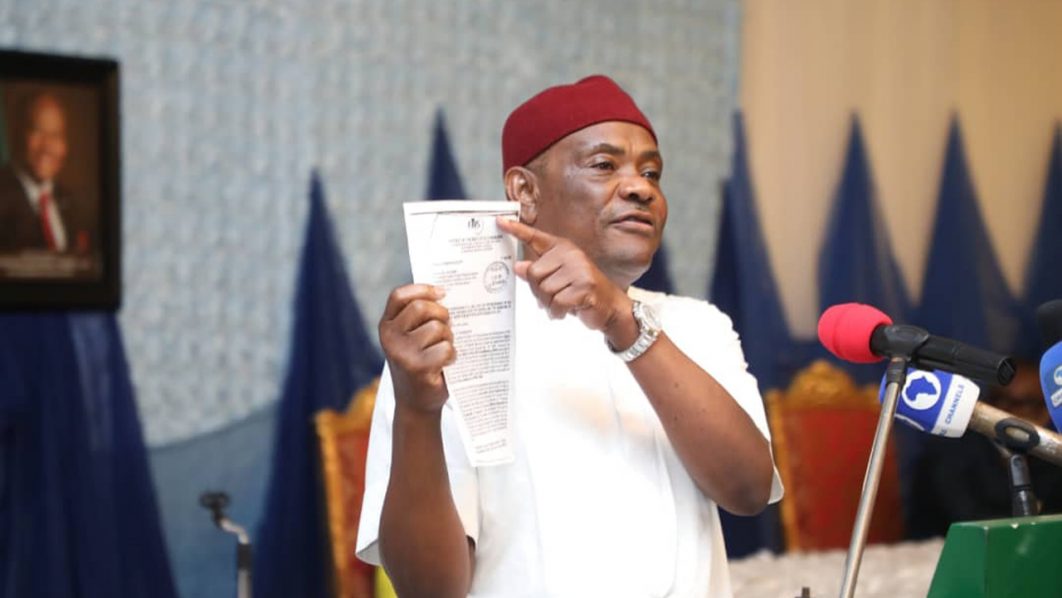 The governor of Rivers State, Nyesom Wike, has distanced himself from the alleged suit against the presidential candidate of Peoples Democratic Party, PDP, Atiku Abubakar.

Reacting to the news that he sued Atiku and others to court, Wike noted that no one should call his name after losing the forthcoming election.

Recall that some sections of the media had reported that Wike and another PDP chieftain, Newgent Ekamon, took Atiku, Aminu Tambuwal and PDP to court over the party’s presidential primary.

But speaking at the commissioning of House of Assembly Quarters in Port Harcourt, on Friday, Wike said he was focused on delivering the dividends of democracy to the people of Rivers State.

His words: “People have called me that I went to court against Atiku Abubakar.

“I want to state categorically that I didn’t go to court. I just want to say it for Nigerians to know. I have kept quiet. I am busy with delivering the dividends of democracy.

“If they lose election, nobody should call my name. I have told the candidate. “If I wanted to go to court, I would have gone to court within two weeks.