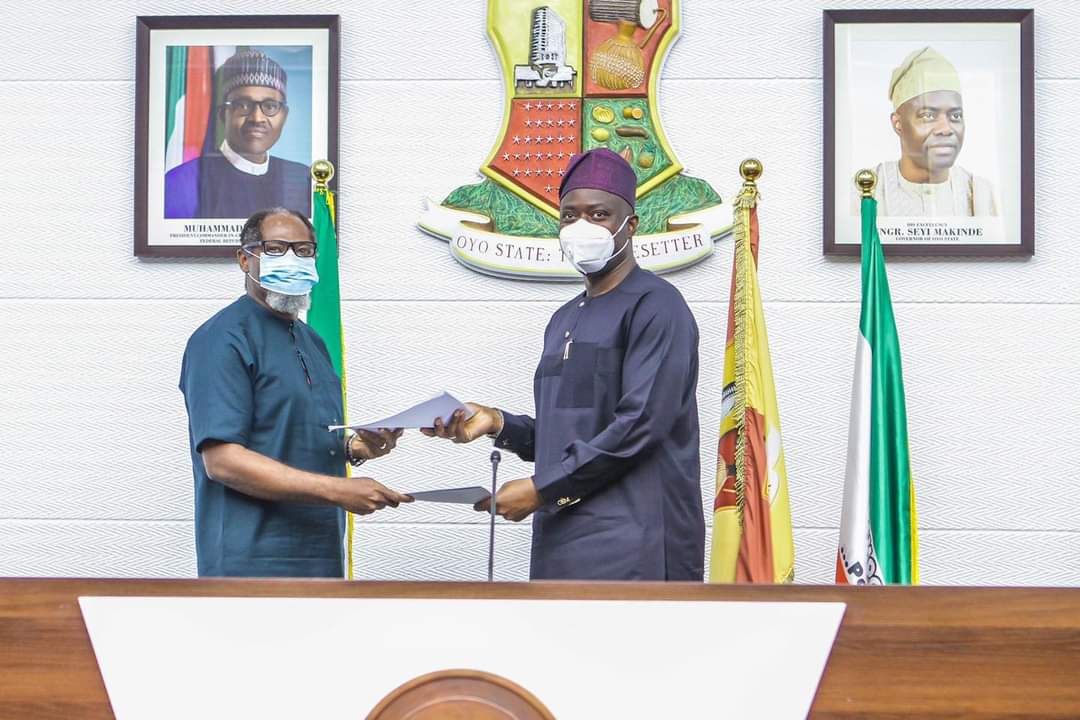 Oyo State Commissioner for Energy and Mineral Resources, Barr. Seun Ashamu, has said that the state signed a Memorandum of Understanding (MoU) with Shell Nigeria Gas (SNG) to build a Gas Pipeline Infrastructure in order to expand its economy and attract big businesses.
Ashamu, who stated this in a chat with newsmen, stated that the government of Governor Seyi Makinde is determined to expand the state’s economy and double the Internally Generated Revenue(IGR) in a record time.
A statement by the Chief Press Secretary to Governor Makinde, Mr. Taiwo Adisa, quoted the commissioner as saying that the people of the state will start reaping the benefits of the MoU very soon.
He said: “The negotiation and signing of this MoU with Shell Nigeria Gas is an effort to increase the economic potentials of the state through the availability of gas and this will assist us to attract big businesses and will aid in industrial development and also securing our state.
“An international company like Shell coming to Oyo State shows the ease of doing business in the state, its investment potentials and the type of administration that the governor is running.”
Asamu added that as part of the achievements of the Governor Makinde’s administration, the Shell Nigeria Gas will assist the state government to develop its gas masterplan, which he said is intended to cover the state and would be driven by demand, while the state will also benefit from a percentage of the revenue from gas sales.
He also stated that SNG will carry Oyo State Government along in terms of employment and skill development, adding that the project will create employment for the citizenry, create more means of livelihood and also increase the IGR of the state as a result of industrialisation.
The commissioner also explained that the project is timely and that it will aid the industrialisation drive embarked upon by the government, adding that the Gas Pipeline Infrastructure Project will be run on a Build, Operate and Transfer basis for 15 years.
It would be recalled that the Oyo State government, last week, signed a Memorandum of Understanding(MOU) with the Shell Nigeria Gas to extend its gas pipeline infrastructure to the state.