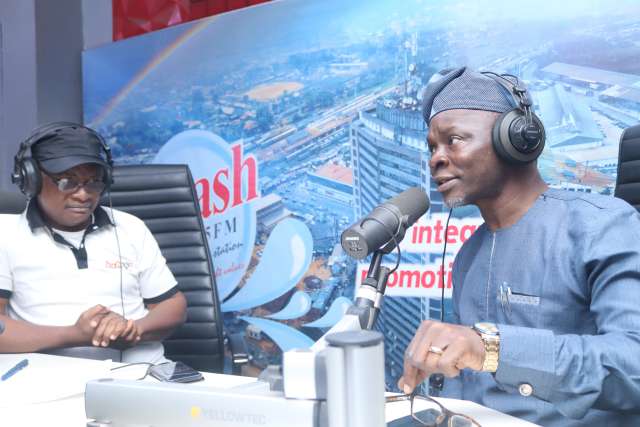 Mr. Bolaji Tunji, former Special Adviser to the immediate past Governor of Oyo State, Senator Abiola Ajimobi on Communication and Strategy has revealed that what Nigeria needs right now is a benevolent dictator who will transform the people of the country.

The experienced journalist submitted that the rate at which Nigerians exhibit lawlessness is alarming. He also added that it now seems that being against the law is the norm.

“Nigeria needs a shock treatment and a benevolent dictator. Take a look at countries like Singapore and others who were once in Nigeria’s situation and were able to move out of it, you will discover that the type of leadership we have in Nigeria today is not likely to take us to the promised land.

Continuing, he said “we need something different, a shock treatment because if we don’t have that kind of thing, we are still going to continue in the same process. We need a leader who is a visionary”

He gave these submissions while featuring on a weekly radio show, Ayekooto on Radio’ anchored by Olayinka Agboola and broadcast live on Splash 105.5FM, Felele, Ibadan, the capital city of Oyo State on Tuesday.

He further stated that he has no regret joining politics despite the manipulation that marred the conduct of the APC primary election for Ogbomosho North state constituency in Oyo State.

He said, “I was offered a ticket in Accord party after I was ‘rigged’ out of the APC primaries and I have not made up my mind to accept the offer.

It was one of our party stakeholders that made it possible for me to be offered the ticket because he saw that I am an asset and that I have been part of the struggle to enthrone good governance in Oyo state.

Speaking further, “Few days before the election, I was asked to step down for another candidate, prior to that, I had been told that the seat for the federal constituency at the House of Representatives was not available and I decided to contest for a seat in Ogbomosho North state constituency.

“Politics should not be seen as rocket science or a do or die affairs. Before the primary, we had discussions with all factions of the party and its stakeholders on the sharing formula but as a result of power play, the agreement was not followed. Unfortunately, power is a terrible thing”.

Speaking on why he decided to serve in the late Senator Abiola Ajimobi administration, “I was serving as a member of The Sun Newspaper’s Editorial Board when I was introduced to Abiola Ajimobi by Governor Kayode Fayemi and we established a robust relationship. When Ajimobi needed a media person, I was contacted but I did not want to accept the offer because I was quite comfortable and had risen to the directorate cadre in my organization.
“Also, I had a column where I write to criticize the ills of the government and when I made up my mind to join the government, I saw it as an opportunity to serve and contribute my quota to good governance in Oyo state. I decided to accept the offer with a condition that I will be going on leave of absence and to return immediately after the expiration of the tenure”.

Hon Tunji said he was, however, optimistic that APC would be a formidable party in the build up to the 2023 election under the party’s presidential candidate, Asiwaju Bola Tinubu.

He urged the federal government to improve on its anti-corruption campaign and the economic situation of the country while urging Nigeria politicians not to betray the trust of the electorate who voted them into power.