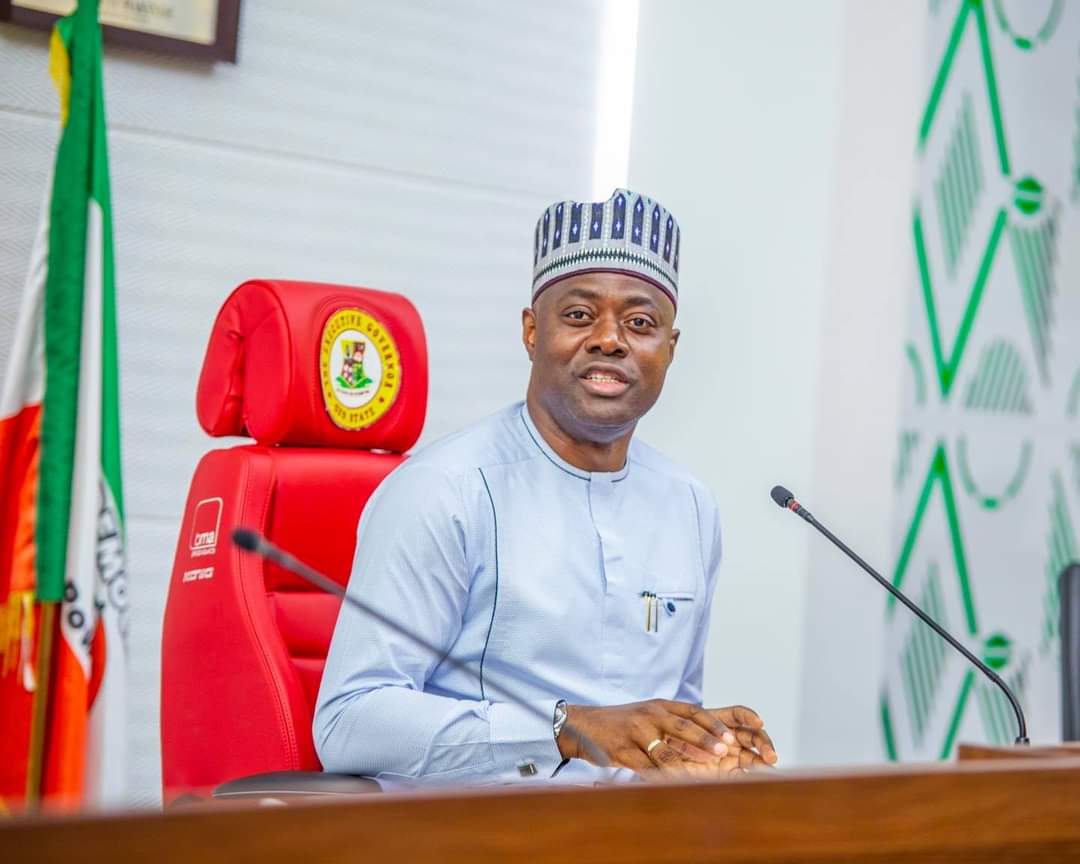 …pledges collaboration with ICAN on accountability in financial dealings

Oyo State Governor, Engineer Seyi Makinde, said on Friday that the state has concluded all arrangements to inaugurate the Oyo State Anti-Corruption Agency.

The governor, who stated this while playing host to the 56th President of the  Institute of Chartered Accountants of Nigeria (ICAN) and other executive members of the body at the Governor’s Office, Secretariat, Ibadan, said that the anti-graft body will be unveiled next week.

He also maintained that probity, accountability and transparency will continue to remain the hallmark of his administration.

A statement by the Chief Press Secretary to the governor, Mr. Taiwo Adisa,  quoted the governor as telling the ICAN team, led by its 56th President, Dame Onome Joy Adewuyi, that the state will continue to collaborate with ICAN to ensure accountability and transparency in the state’s financial dealings.

The statement further indicated that Governor Makinde told his visitors that the state would launch the anti-corruption agency to ensure accountability across Ministries, Departments and Agencies of government.

He said: “Of course, accountability is something that is sacrosanct in this present administration. To demonstrate the transparency within this administration, you said I am the first person to get the report. Well, you will also be the first one to learn something about the Oyo Anti-Corruption Agency.

“The name of the agency will be launched openly within the next week. I asked for three people to be nominated but I did not give an inkling why I asked for those nominations. But then, they gave me two names. One of them will be a member of the Oyo State anti-corruption agency.

“One of your members will definitely be serving us within that agency. That is how we believe the government should be run. It should not be a government of cronies. The name of the body is OYACA. We will definitely continue to leverage on the relationship with ICAN at the state level and also nationally.”

The governor maintained that Oyo State has been collaborating with ICAN for years, saying that the government needs to be transparent in order to be able to engender good governance.

He promised that the present administration in the state will continue to leverage the relationship with ICAN towards entrenching fiscal discipline and transparency in the management of public funds.

He said: “We have been collaborating with ICAN and it is a professional body that we are proud of. When the past president was talking about the accountability index, we were not surprised about the position of Oyo State in 2017, 2018, and before we came in, but government is a continuum. And what we have done is to, basically, look at what we met and we have tried to chart a path for the state.”

The governor said that his administration would continue to support the civil servants by affording them regular training both internally and externally.

“Concerning the issues raised regarding employment, cadres and levels, the Head of Service is here and I am sure she has listened to you. We are not quick to shy away from taking on issues head-on. She will look at it, look at the rules of engagement in Oyo State. And where we can amend the laws; we will definitely do it.

“I will also like to let you know that we have always sponsored chartered accountants to external programmes and we will continue to do that,” the governor said.

While speaking earlier, the ICAN President said the visit was to appreciate Governor Makinde for the support that the Ibadan District Society of ICAN has been enjoying since he assumed office as governor.

She commended the governor for recording different feats in infrastructure development and setting a new pace by putting up an Infectious Disease Research and Treatment Centres when other states were erecting temporary isolation centres during the COVID-19 pandemic.

She said: “The state under your able leadership has witnessed visible infrastructural development. ICAN is particularly encouraged with the renewed focus in Oyo State and to provide an enabling environment for learning and capacity building which is one of our core interests as a professional body.

“Your Excellency’s administration has also given the welfare of Oyo State citizens and residents, including civil servants, a top priority. There is no gainsaying the fact that your agenda is people-focused with a robust citizen’s complaints platform and prompt payment of salaries and pensions.

“Your 18 months as the Governor of Oyo State has, no doubt, convinced the citizens and everyone watching social and the economic development of the state that you were fully prepared to face the challenges of leadership.

“Your Excellency, we are greatly delighted with the opportunity of this visit to the Pacesetter State and to pay you this courtesy call as part of my working visit to Ibadan and the District Society of the Institute of Chartered Account of Nigeria.

“I wish to specially express our deep appreciation to Your Excellency for the support that the Ibadan District Society of our institute has enjoyed from your administration and, most recently, the huge donation towards the building of the District Secretariat. We are grateful. We appreciate it. We thank you and that is one of the key reasons why we have come to pay you this courtesy visit.”

She appreciated the governor for employing chartered accountants in the service of the state and also appointing them into political offices, stating that the Commissioner for Finance, Mr Akinola Ojo, FCA and the  Accountant-General of the state, Alhaji Garfa Bello, FCA, among others, are respected products of ICAN.