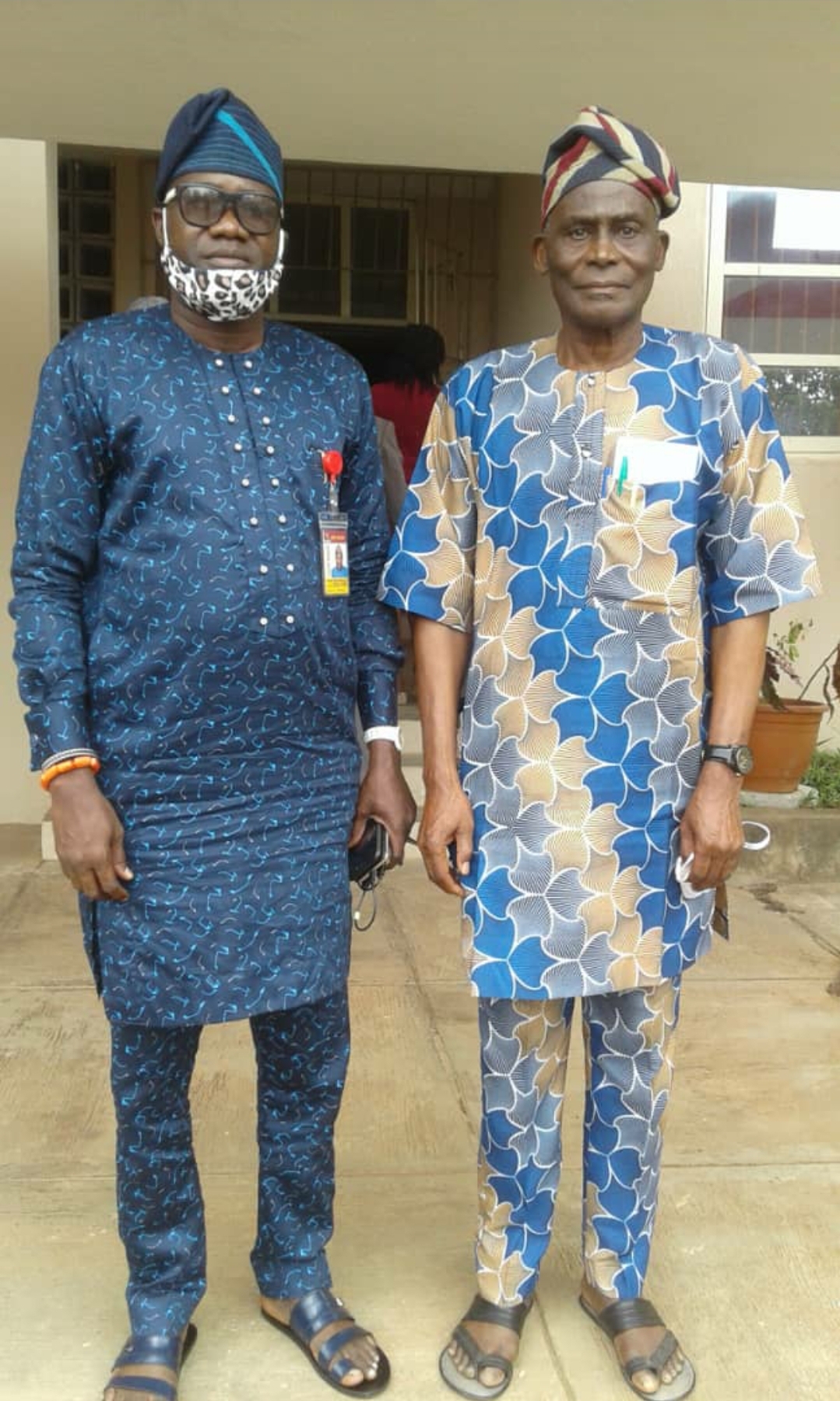 The Chairman of Amotekun Security Corps in Oyo State, General Kunle Togun (rtd) has assured the Oyo State government of the readiness of the security outfit to provide adequate security to all major and vulnerable tourist centres when it commences full operation in the State.

General Kunle Togun gave this assurance when he played host to the Special Adviser to the Oyo State Governor on Culture and Tourism, Hon. Ademola Akeem Ige who was at the agency’s office to solicit its collaboration in the area of providing security for the properties and the people coming for tourism in the State.

The Chairman, in his remarks, pointed out that his agency has begun identifying some areas classified as key and vulnerable points within the State, including tourism sites, that need to be permanently secured when it commences full operation.

General Togun who assured that with the help of God, the agency will soon commence its operation to meet the expectation of the people who have been agitating for its operation from every part of Yorubaland, however, hinted that the agency is being meticulous in ensuring an operation that will be a model for other States in the South West to emulate.

Earlier, the Special Adviser to the Governor on Culture and Tourism, Hon. Ademola Ige emphasized the need for the agency established as local security outfit to complement the activities of the existing security agencies to assist the government in providing security for lives of the people that would be visiting the major tourist sites and properties in the State.

He added that with the government’s readiness to develop and transform tourism sector to drive the economy of the State, some investors have been coming for an assessment of some major tourist sites to ascertain the viability of what they want to invest on, adding “this is the reason why it became imperative for us to have solid security arrangement in place so as to have patronages in our tourism sector.” He said.

Hon. Ademola Ige was received by the Chairman, General Togun (rtd.), State Commandant of the Amotekun Corps, Colonel Olayinka Olayanju (rtd) and other top government officials in the agency.

In a related development, the Chairman Oyo State Housing Corporation, Chief (Barr.) Bayo Lawal has expressed the readiness of the corporation to partner with the Oyo State government to promote tourism and culture by making lands available for the construction of guest houses in all parts of the state for potential tourists.

He made this pledge while hosting Hon. Ademola Ige who paid a familiarization visit to the board to seek collaboration for the development of the tourism sectorin the State.

“According to Barr. Bayo Lawal, comfortable accommodation was one of the pre-requisites of flourishing tourism anywhere in the world,hinting that the corporation has all it takes to ensure provision of these accommodation.”

He reminded Hon. Ige of the presence of tourists centers within the scheme of the corporation such as the mausoleum of that Great Warrrior of yorubaland and a former traditional ruler of Ibadanland,the Aare Latoosa domiciled at Bodija area of Ibadan.

The chairman who described the Oyo State Governor, Engr. Seyi Makinde as an unusual administrator who is taking his time to carefully choosing those that will work for him for an all round development of the State, stressed that not up to 15 months, the Governor has been able to embark on impressive projects that will improve the living standard of the masses.

In his speech, the Special Adviser to the Governor on Culture and Tourism, Hon Ademola Akeem Ige described the appointment of Barr. Lawal as the chairman of the Oyo State Housing Corporation as well thought of considering his track records.

He pointed out that the visit was to collaborate and seek the support of stakeholders in the state to facilitate the development of tourism in the State to serve as money spinning venture, promised to continue to liaise with well meaning individuals across the state to put tourism in the enviable position to realize the mission and vision of Engr Seyi Makinde led administration.

The General Manager of the Oyo State Housing Corporation, Tpl Samuel Jire Adekunle and other top management of the board were also on ground to receive Hon. Ademola Ige and his entourage.