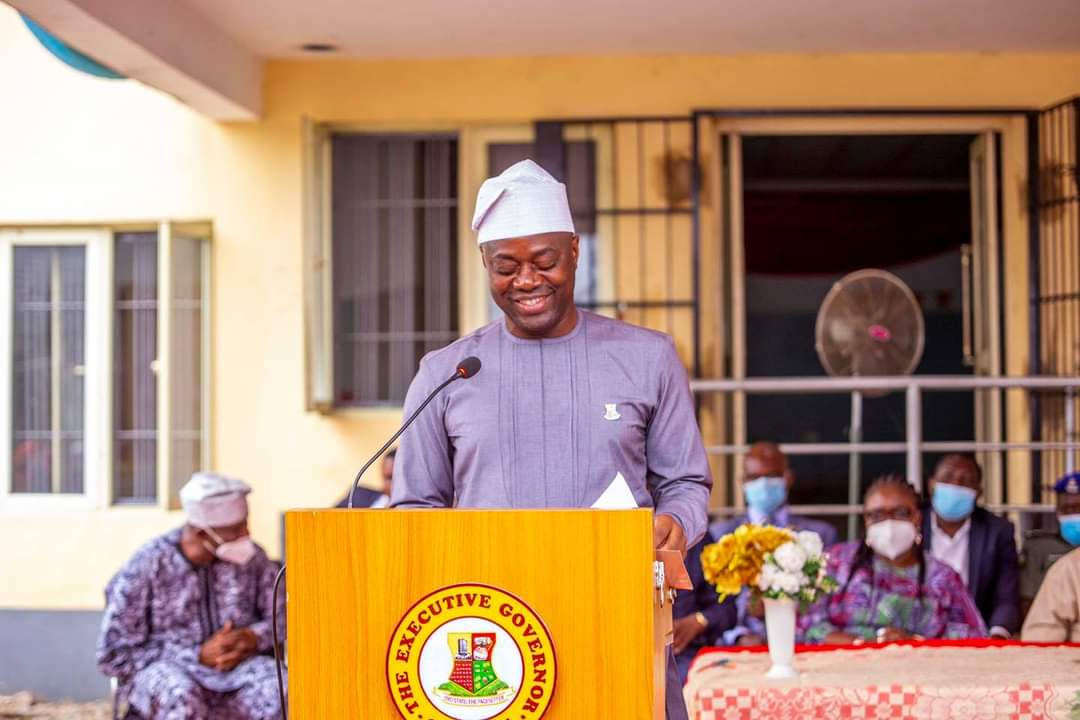 …warns residents  not to let down guard on COVID-19

Governor Seyi Makinde of Oyo State, on Monday, declared that his administration will continue to improve the health sector, noting that current developments in the sector point to the fact that the incumbent administration in the state is on the right track.

He added that all health development initiatives in the state will factor in women and children because they are an important part of the effort to lift the people out of poverty to prosperity.

This was as the governor warned residents of the state to be alert amid talks of a second wave of COVID-19, stating that the disease is not yet over and that residents should not get tired of following all necessary precautions.

A statement by the Chief Press Secretary to the governor, Mr. Taiwo Adisa, quoted the governor as stating these at the Jericho Nursing Home, Jericho, Ibadan.

Governor Makinde, who was speaking at the closing ceremony of the Omi Tuntun Free Vesico-Vagina Fistula (VVF) Surgical Repair Project, declared that the administration will continue to put its money where its mouth is in the health sector and other areas of development in the state.

He added that apart from the on-going infrastructure reform in the health sector, the government remains committed to the T’omo T’iya programme, adding that the VVF repair project and other health initiatives will continue to receive the attention of the government.

“It is a great privilege for me to be here at the closing ceremony of this VVF repair project. What the testimonies that I have heard and the goodwill messages have validated to me, is the fact that we are on the right path focusing on our women and children.

“As a government, we are committed to transforming our landscape,” he said.

The governor also promised to fix the road leading to the centre, adding that the road will be included in the zero pothole initiative of the administration.
He added: “We are committed to improving the health care status of our women and children, and on the T’omo T’iya programme, we are committed to it. It is just taking off and we will put our money where our mouth is, because if our children and women have that peace of mind, the entire populace will have peace of mind. So, in all, our health development initiatives, we will factor in our women and children because they are an important part of the on-going drive to lift our people up.

Governor Makinde commended Professor Ojegbende for his efforts towards the progress and success achieved in the establishment of the VVF Repair Centre in the state, saying that the centre should serve the entire South-West, even as he promised to ensure that the state commits resources to make sure this happens.

He equally recognised the contributions of the Federal Ministry of Health, the Fistula Foundation of Nigeria, UNFPA and Global Affairs, Canada, for coming to the aid of women suffering from the psychosocial disease.

The governor, who appreciated all the members of the team, said: “I want to appreciate all other members of the team. I want to specially thank the frontline health workers in Oyo State. This has been a very challenging year for us. This is the first time since 1997 that, for 10 months, I did not go near an international Airport. But in the face of those challenges, you have stood your ground. You have supported this administration. You have done so well, looking after all of us and seeing us through the COVID-19 pandemic. I want to say thank you.”

He warned residents of the state against the second wave of COVID-19, adding that the people should not let down their guard or get tired, as, according to him, the state will continue to take the welfare of health workers as a top priority.

Earlier, the Oyo State Commissioner for Health, Dr. Bashir Bello, maintained that the governor has always been particular about the welfare and wellbeing of the residents of the state, especially women and children.

“Now, His Excellency had promised that he would not want to see anybody suffering during the process of bringing to life a new child. And should any of those arise, he is ready to give every support to the ministry, to the Hospital Management Board, and by extension, the Primary Health Care Board, that any woman that, perchance, have such complication, post-natally, that is after labour, he would made sure that such woman is carefully and medically taken care of at all costs.

“And that is why, this programme is free of charge including medication.”

Similarly, Professor Ojengbede expressed elation that the effort to support the initiative of the governor has yielded positive fruits, saying that “the initiative is actually the first one in so many years in Oyo State. We tried to make it happen but it didn’t. But now that it has happened in your time, it is written in the books of record of your governance.”