We Have Paid Over N70Bn for Pension, Gratuity- Gov. Abiodun 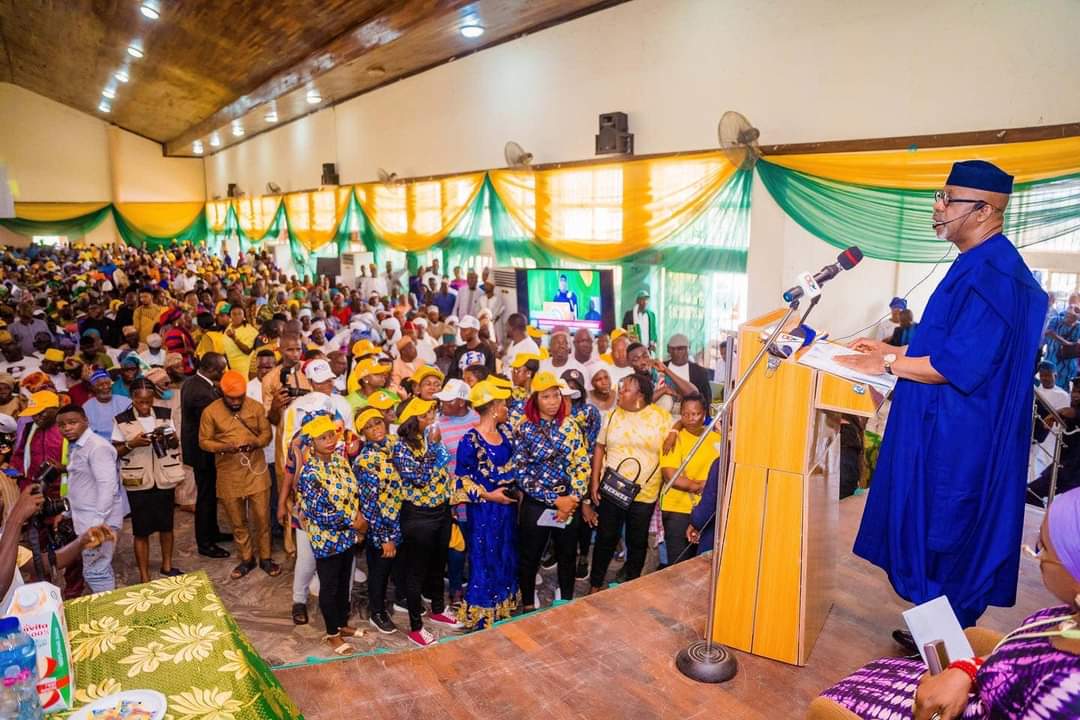 Ogun State Governor Prince Dapo Abiodun has said that his administration has paid over N70bn as gratuity and pension to retirees in the last three and a half years.

The governor who stated this at Ijebu-Ode during the Town Hall Meeting on the 2023-2025 Medium Term Expenditure Framework and 2023 Budget for Ogun East Senatorial District also said the quarterly payment for pensioners had been increased from N500m to N600m.

The governor who took a swipe at the previous government for failing to pay the retirees their entitlements, said the amount was huge, but his Administration is doing the needful to ensure our retirees enjoy the fruits of their hardwork.

He assured workers that their entitlements ranging from global deductions, leave bonuses and others , would be paid as the finances of the State improves.

The Governor also disclosed that that the State generated over N70bn from January to September this year as Internal Generated Revenue (IGR), sying the various financial policies put in place and the influx of investors, have increase the internal revenue of the State.

“Some few days ago, someone sent me a video of an indigene of the State in Diaspora who claimed that the IGR of the State is on the decline. I can tell you that as of today, Ogun State IGR from January to September is over N70bn.

“Last year, our IGR was over 100bn. So how can someone claimed that our IGR is declining? This claim is false”, the governor explained.

He said this year’s meeting which is a continuation of previous ones, was the most important as it is a transitional budget, adding that global best practices and financial engineering would be used to implement the budget that would continue to open up the State for more investments.

The governor while informing that the State economy is on a sustainable mode as all aspects have been touched, also announced that the ground breaking for the construction of seaport at Olokola, would soon be done, just as plans have been concluded to extend the Lagos rail project from Okokomaiko to Agbara for easy movements.

While urging communities with deplorable roads to exercise patient, the governor promised that attention would be given to major roads across the State, as finances improved.

On measures taken to improve power supply in the State, Prince Abiodun emphasized that attention would be focus on power generation, installation of solar light in major markets in the next financial year, while provision of portable water, would also receive due attention.

He said his administration has spent so much in the maintenance of peace by equipping the security agencies with needed tools, calling on the people to eschew violence by living in peace with one another, as this would encourage more investors to come and invest in the State.

The governor noted that the meeting apart from providing the people a unique opportunity to share their thoughts on their developmental needs, was a right venue for him to hear their views, contributions and remarks, added that his administration was open to constructive criticism at all times.

In his opening remarks, the Chief Economic Adviser and Commissioner for Finance, Mr. Dapo Okuboyejo, said the meeting was to vigorously engage all stakeholders in the Senatorial District to get their views that would form the basis for next year’s budget.