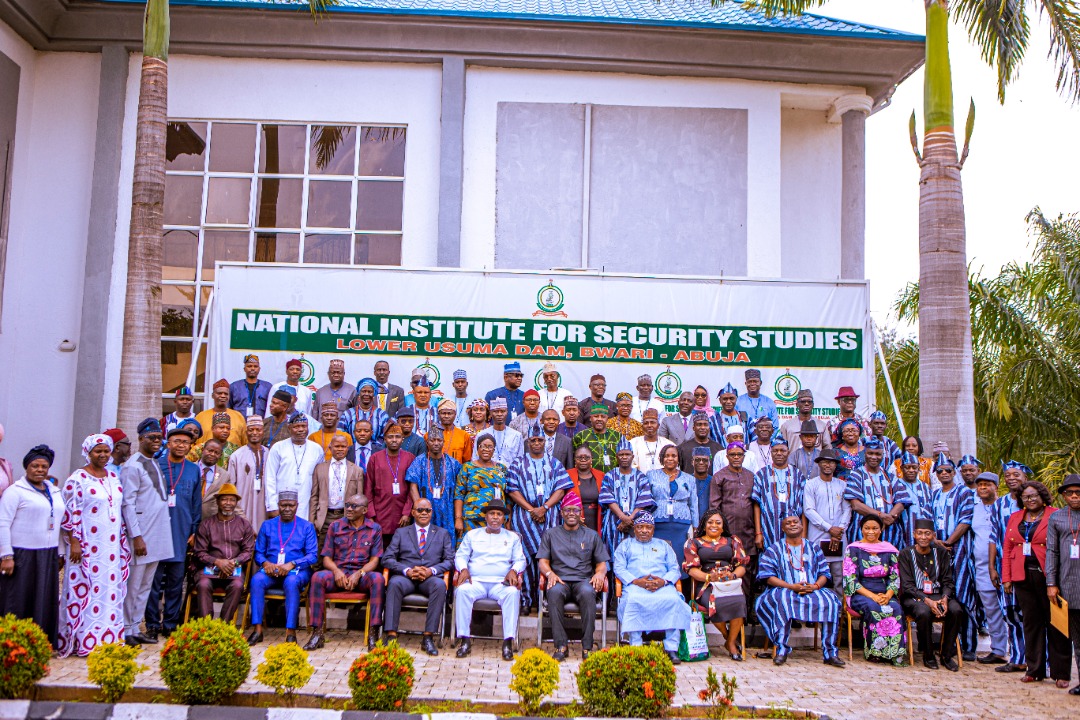 Oyo State Governor, Seyi Makinde said on Wednesday that his administration has been applying local solutions to challenges created by global climate challenges in the State.

Governor Makinde, who spoke in Abuja, while addressing the Executive Intelligence Management Course at the Institute of Security Studies (NISS), Bwari, Abuja, said that the challenges ranged from flooding to waste disposal and insecurity. 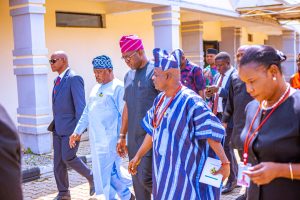 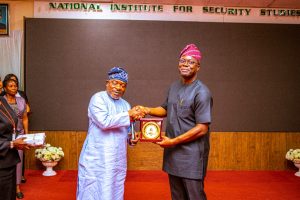 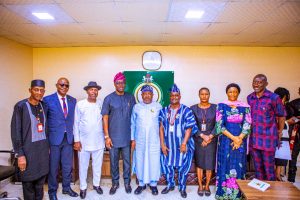 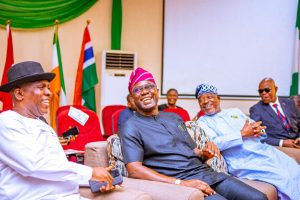 While speaking on the topic: “The Global Climate Challenge and Governance: The Oyo State Experience,” Governor Makinde said that no one can deny the effects of global climate change adding that its effects are already manifesting in the coldest winters and hottest summers in North America and Europe with attendant frequent wildfires, storms, droughts, flooding, landslides, receding coastlines and expanding deserts.

Other manifestations of climate change as enumerated by the governor include the severe droughts in Australia; heat waves in Asia as well as desert encroachment, flooding, food, and general insecurity, among others, in Africa.

A statement by the Chief Press Secretary to the governor, Mr. Taiwo Adisa, quoted the governor as saying that upon assumption of office in 2019, his administration had to rely on “local solutions” to address the challenges.

He said: “Now, let me talk about how Oyo State is affected by climate challenges.

Ibadan, especially, has had a perennial flooding issue. We had a flood in 1978. Another in 1980, with the overflow of the Ogunpa River after 10 hours of rainfall. “That flood was so bad that it left the city in ruins. But in August 2011, we had what some have described as being the worst flood that had ever hit the city. After 6 hours of torrential rainfall, the Eleyele Dam caved in and the waters flooded the city. After the 2011 floods, targeted action was taken to ensure that the flooding did not repeat itself.”

He stated that aside from flooding, the state, especially the city of Ibadan has a perennial waste disposal issue which he said, is worsening other climate-related challenges.

According to him, though several plans have been designed in the past to address the challenges, a combination of factors such as lack of political will, the cost of a total revamp of the waste management infrastructure, and the attitude of the people towards waste disposal, had made tackling the challenge a herculean task.

Another climate change-related challenge mentioned by the governor which has affected the state is the farmer-herder clashes.

“For several years, the rural areas of Ibarapa, and parts of Oke-Ogun were no-go areas. Farmers and herdsmen were constantly clashing posing serious security issues in those zones. In fact, hardly a news cycle would pass by without news of killing, maiming, and kidnapping in those areas,” he stated.

The governor, however, submitted that having identified the global climate challenges affecting the state, his administration designed home-grown initiatives to go through them.

He said one of the measures aimed at surmounting climate challenge in the state is the rejuvenation of the Ibadan Urban Flood Management Project (IUFMP), a project partly sponsored by the World Bank.

He stated that though the 18 projects being executed by the IUMFP were not progressing as expected by June 2019, his administration subsequently set funds aside to ensure the projects were not stalled and that by 2021, all the 18 priority projects including Eleyele Dam rehabilitation had been completed.

“The impact of that completion far exceeded the end of project expectations. Over 100,000 persons directly benefited from the project. 17 flood-prone areas were made flood resilient while 9,000 hectares of land were protected from the 25-year return period of flood.

“And so, this is one case where our proactiveness paid off. Since this project was completed, we have not had any severe case of flooding in Oyo State.

On the issue of climate-induced insecurity, leading to farmer-herder clashes, the governor said that the opportunity to address the challenge came through the creation of the Western Security Network codenamed Amotekun,” he said.

He added that the initiative was made a regional one in the South West in view of the overlap of forests and borders and that presently, five of the six states in the South-West are implementing it.

“In Oyo State, we prioritised Amotekun. The goal was not to target any ethnic group. We made it clear who the real enemies were. Our people have been dwelling together for years peacefully with herdsmen, so we knew that we could restore that harmony if we resorted to community policing and ensuring that conflicts are resolved quickly.

“The result is that our farmers are back to their farms and we get very few reports of infractions from these once conflict-prone zones.

This is another case study of how looking for local solutions to global challenges is working for us in Oyo State. These days, the people of Oyo State cannot imagine life without Amotekun. Yes, the system is not perfect but it is far better than anything we had before it,” the governor said.

Speaking on the challenge of creating a sustainable environment and waste management, the governor stated that his administration is using a mixture of a high dose of sensitisation and a bit of enforcement to create a new culture.

“We know that a long-term solution lies in creating a sustainable waste management system where the 3Rs, Reduce, Reuse and Recycle is practiced. We are not there yet, but plans are underway and I can predict that all things going as planned, in a year or two, other states will come and ask how we effected the waste management turn-around in Oyo State.”

According to him, though climate change is a global problem, the Oyo State example has shown that solutions cannot be imported.

“But what the Oyo State example has shown is that we cannot import solutions to these challenges. Rather, we need to look inwards to find solutions that will work for us,” he said.