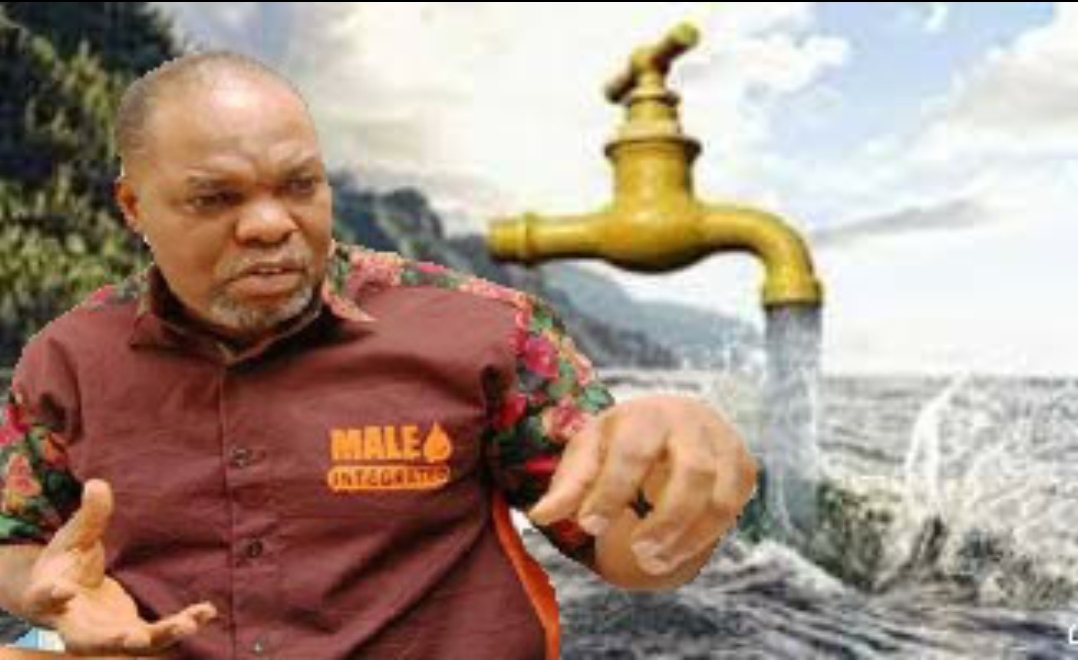 …says bill must not be politicized

The National President, Association Of Water Well Drilling Rig Owners Practitioners (AWDROP) and CEO, Global Initiative for Nigeria Development (GIND), Engr. Michael Ale has called on Nigerians to shun the call for the withdrawal of the Water Resources bill.

Ale also said the various political and socio-cultural groups who are calling for its stoppage lack critical understanding of the content of the proposed Water bill currently at the National Assembly.

Engr. Ale made this known while featuring on an Ibadan based radio station programme recently.

Ale during the radio program explained that Nigerians should not use politics as reason for not passing the water bill. He said each state can come up with their bill just like the recently launched Operation Amotekun in the South West.

The Sustainable Development Expert noted that, if the bill is to be amended, some portion of the bill that has been greeted with controversies should be expunged, then a replica of the bill should be enacted at the state level by the state assembly with the establishment of a regulatory commission at their level.

He said: “if anyone want to abstract the water should get a permit as non sacrosanct.

“Why should just some part of a bill which has been greeted with controversies because of the political marauders now makes the whole document invaluable and it’s like throwing away the baby with bath water.

“The current practice along the water sector is the Integrated Water Resources Management Commission which requires that the water resources must be governed and managed well for the sake of sustainable and equitable use of this common resources by all, irrespective of political affiliations, race, gender and sociology cultural belief and interpretations.

“But the current political atmosphere and the bad naming of the bill is creating unnecessary apprehension in the political terrains leading to misconception and distortion of the process that has gone through a legislative proceedings.

“But federal government can come from everywhere across Nigeria and take over the land but when many are asking for the drop of the proposed bill, then they can also ask for federal government to stay away from their developmental project like water, roads, markets and other projects being executed by government.

“This interpreting the bill don’t even have the authority to do so.
It is a pity this bill is coming at a later time because of the denigrate effect of the water and the consequences of our economic mistrust.

“Imagine if petroleum regulatory bill is coming at this time, I am so sure it will not pass. What is not regulated cannot be termed to be economically important. Water is both social and economic goods, it’s a human right and must be protected.

“Water Resources is causing war in some countries now, imagine the flooding we experience yearly and nothing has been done on curbing it, this bill gives direction on who takes responsibility and how things are done properly. Let’s take the critical look at the petroleum industry.

“Recently, just about two weeks ago, on the main road, somebody was drilling on the main street of Sabo in Oyo State causing vehicular gridlock and preventing Nigerians from their means of livelihood. When there is no law, what do you expect? Imaging that most of these bottling industries have been abstracting the common resources which belongs to you and I freely without any guideline on replenishment or guiding principle to give back to the operating community thus making billions of dollars yearly without any recourse to the source for its protection”, Ale explained.

Engr. Ale however said the state government and federal government should can come with permit, licensing fees, water use charges and the rest, and no need for people to attribute to Ruga, adding that Ruga is not coming through back door as many Nigerians believed.

He further disclosed that the benefit of the bill is that most practitioners would be supported by financial institutions, and it should not be all comers affair especially by foreigners who takes no interest on what happened in the environment as their only interest is to make dollars and send back to their countries.

“The merit is that business would grow, water quality would be protected and it prevents any earth tremor because people can control any activities they are doing and by the time they get license, government are getting taxes to take care of you and I.”

“This could be an additional means where government can get money, not from the poor but for the rich that has taken advantage of the activities. Let us open our eyes and read the bill very well. A lot of people that are commenting on the bill has not read the bill, they want to put political attributes to it, let’s expunged that part and let us see the activities.”

He said that the demerit is all about how the bill has been presented adding that Nigeria as a nation must allow regulations in its developmental efforts in order for it to move forward.