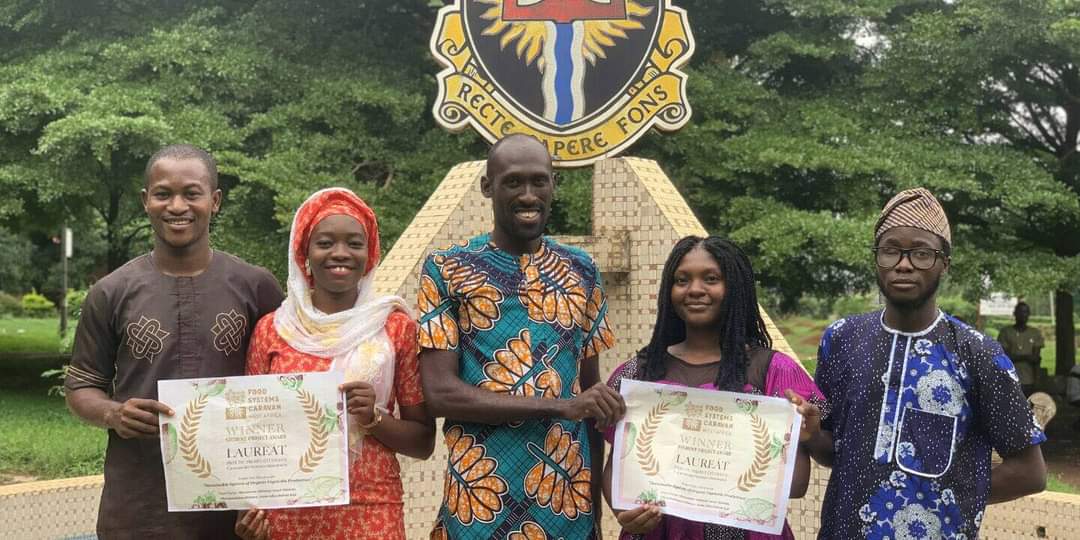 A five-person team comprising four Final Year students from the legacy Department of Agronomy and one final year student from the Department of Agricultural Extension and Rural Development, University of Ibadan, has won a grant award worth Three Hundred and Ninety Seven Thousand Naira (N397,000:00) from the Food System Caravan of Switzerland.

This was revealed by the institution’s Vice Chancellor, Prof. Idowu Olayinka today through his verified social media handle.

He said the award is in respect of a proposal to train 70 youths and women within the University community and the proximate communities on Sustainable System of Organic Vegetable Production.

An elated Olayinka wrote “We congratulate the five students for the success of their grant application while also wishing them a timely completion of the project which promises to further strengthen the tie between the gown and the town, with opportunities of a further scaling up”.

“We thank the Heads of Departments (Prof Julius Akinyemi Fagbayide, Dr Kolapo Olatunji Oluwasemire and Prof John Oyinlola Oladeji) and the Project Supervisors in the three Departments for the quality leadership and mentorship”.

Olayinka further stated that the goals of the project include ensuring food security in the University and her environs (Ajibode, Agbowo and Orogun).

He also said the project would create a source of income for the selected youths and women resident in the university and its environs.

Olayinka added that better management of the agricultural waste generated from the University Teaching and Research Farm is also an added advantage.

Meanwhile, the VC revealed that the former Department of Agronomy has been spilt by the Senate of the University into two departments.

According to him, the departments are Soil Resources Management and Crop and Horticultural Sciences.