Truly SAAA has transited…Am now out of Hallucination 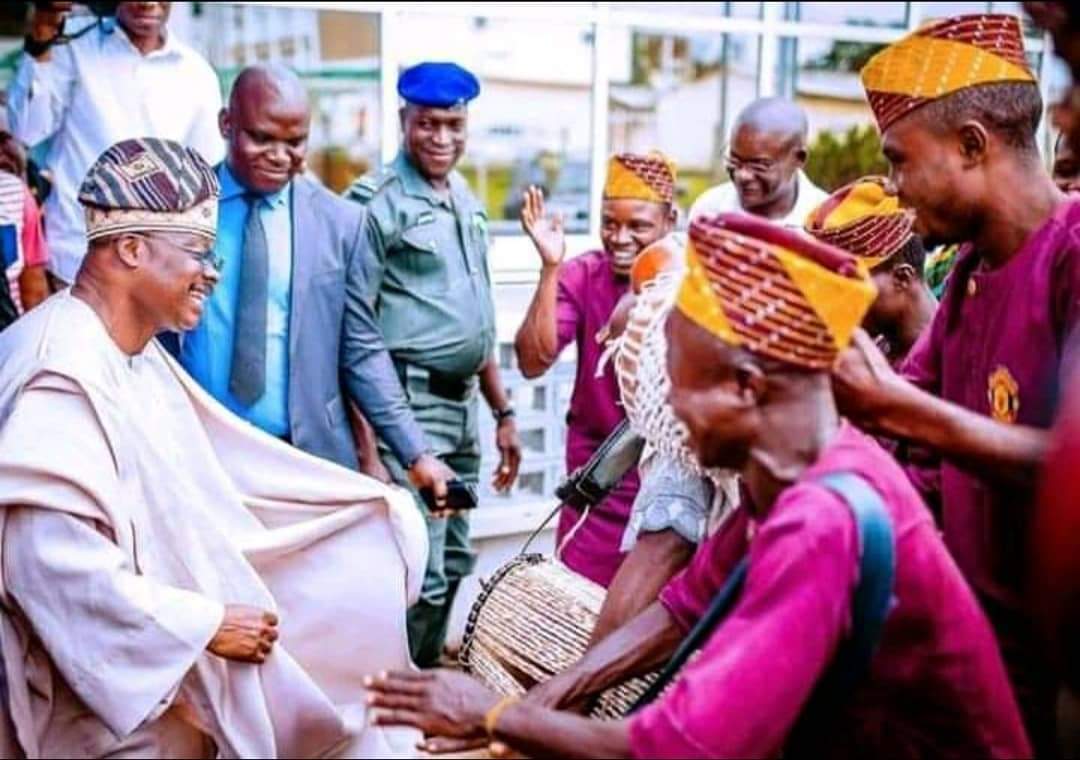 Right from that very day you called to inform
me that you were travelling to Abuja for that ill-fated APC NWC meeting till you returned to Lagos after the meeting and up to your first day of admission at the First Cardiology Hospital till that black 25th June, 2020 when you breathed your last and transited to meet your Creator, I was not in the dark of any of the sequential events.

When the news of your actual and only demise broke, I knew that the worst had happened because of the person who called to break the news to me ahead of its report in online, new media and conventional media.

However, I couldn’t bring myself to terms with the reality that you had indeed exited this terrestrial planet. My refusal to really accept was not due to the fact that you cannot die or that you were to young to die at the age of 70years and 6 months old, but it was just simply difficult if not impossible for me to convince myself that my idolised SAAA had truly taken a graceful exit from world stage.

As my hero, mentor, confidant, leader and role model, I recalled several discussions we had after you concluded your unprecedented tenure as the Governor of Oyo State.

Flashing back the memories of all those confidential briefs and future plans( almost apolitical in all), could it be possible for me to therefore believe that my own Senator Isiaq Abiola Adeyemi Akanji , the father of the modern Oyo State was truly dead? I continually assured and re-assured myself that you are still alive.

With that belief or imagination by me that you are still alive, I refused to join the fray of thousands of people that wrote tributes in honour of your memory.

Fast forward, I attended your janazat(Islamic burial rites), participated in your fidau and every other activities associated with it, but I remained unconvinced.

However, I came out of my self denial and hallucinations last week friday when I was searching for a Client’s instruction passed to our law firm, A&G in 2018 vide a whatsapp message that was contained in my old and no longer in use S8+ Samsung phone that I had archived in my library at home.
In searching for that instruction, I came accross 86 whatsapp messages and 36 regular SMS messages among numerous others that we exchanged.

It got to a critical point that I broke down in tears and wept bitterly. I wept not because of your demise but because of the contents of those 122 messages. Each of the messages had a common denominator which was your signature whenever Allah(swt) used you severally to run such humanitarian works through me for you which always is ” OJ, no human being apart from you and the God that we are serving must know of this “.

That was always your uncounted admonitions to me whenever you gave me money in Naira and other foreign currency to assist the needies whose plights I brought to your attention regularly.

You gave hope to the hopeless, you saved lives , you created wealth and also built and develop persons that are mostly unknown to you through your kind and humanitarian gestures. Several medical bills were picked up by you in Nigeria and overseas in the same way you paid tuition fees of countless students both at home and abroad, yet you knew not many of them and you never even bothered to know them whenever I insisted otherwise. You were fond of telling me that, “OJ, Allah enjoin us not to let our left hand knows the good deeds we do with our right hand”.

It was at that point that I came out of my hallucination that I had imposed on myself since that 25th June, 2020.

I thank Allah for your life and all that you were able to do while in this earth that were unprecedented in many respects.

You came, you saw and you conquered. You lived well and I am aware that you fully achieved all that you wanted to do in life.

The cynics and uninformed may mischievously referred to the 2019 loss of Oyo Senatorial seat , but few of us that enjoyed your trust and confidence knew that you had told us that you will exit politics totally after your tenure as the Governor of Oyo State and also that you needed nothing whatsoever again, but the leaders of APC pressured and blackmailed you into accepting to run for that seat against your wish , interest, conviction and spiritual instincts.

On my part, I take solace in the fact that our relationship which is like that of father and son or mentor and mentee was richly rewarding and very fruitful. You were my Benefactor right from the first day that our paths crossed and divinely met. You were my destiny helper 24/7 and indeed one of our common bitterest adversaries rightly summed it up when he derided me after your demise that ” With Ajimobi’s sudden death, OJ is stripped naked”. As callous and harsh as the comment was, that hapless pathological liar was obviously saying the truth this time but in an understatement manner because I am truly and actually totally stripped naked.

But have abiding trust and confidence in the living God that you served and countless people that you gave hope through me that you wont forsake me even though you are no longer with us physically but your spirit is very much with us.

SAAA, my relationship with you was not one of blind loyalty because you will never even tolerate sycophancy. You were always open to constructive, deep, engaging, intellectual and issues based criticisms only and you always bow to superior reasonings and you were always acknowledging such.

You dont suffer fools gladly and you were blunt to a fault just like you were also generous to a fault.

In actual fact , people exploited your generosity to a fault in that they will later deny your acts of benevolence because you will never tell a third party whenever you deployed your personal resources to assist people.

The often offered Islamic rabana( prayer) is what I will offer for you always and it is even the most appropriate and apt for your person considering the privileges that Allah has magnanimously favoured with you while with us here.

May Allah graciously favour and bless with the other part of the prayer by admitting you into aljannah fridaus. Ameen.

Rest on in peace my Leader, my Mentor, my Role model, my Hero and my Benefactor till I will join and meet you on the day of judgement.