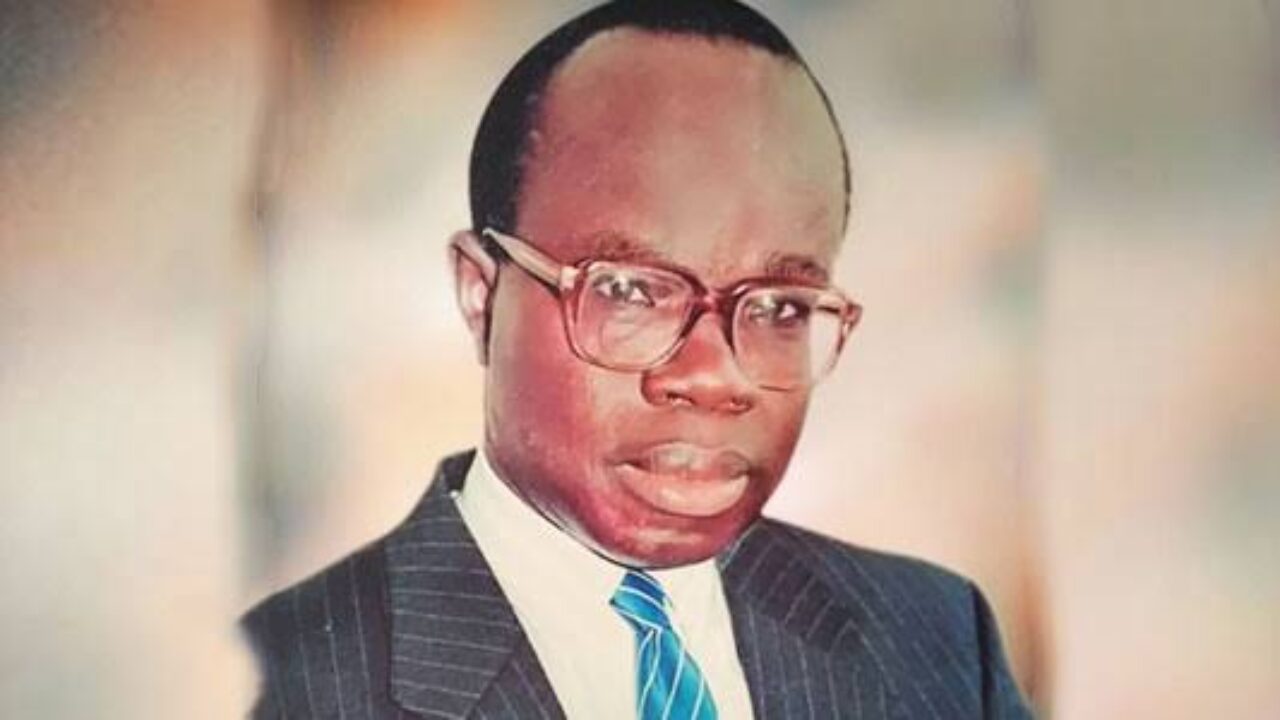 May the good Lord grant our very reverred and respected Teacher and father eternal rest.
May God accept his homecoming, forgive his shortcomings , grant him eternal rest and uphold all that he left behind. Amen.

I have never met a more disciplined teacher than Professor Folarin Shyllon when it comes to strict adherence to punctuality and covering one’s syllabus well ahead of the examination period.

Kindly let us recall his lectures on Civil Procedure where he taught us about Fi fe, Casa, Garnishee, etc. or his usual saying and admonition that ” The life of Laws is not logic but that of experience” Olliver Wendel Holmes.

He was a very sweet teacher that even the dullest of students will not have problems in assimilating his lectures and classes on the Nigerian Legal System.

Professor Shyllon knew virtually all the creme de la cream in the Nigerian legal profession and outside it too. He was a great historian and a repository of people’s and towns’ history . His deep and historical knowledge also spanned the underground and extraneous facts beyond reported cases and they could not be faulted.

It was a great honour and very rare privilege for me when as the Honourable Attorney-General of Oyo State to wellcome my esteemed Teacher and Dean into my office in February 2012 on a courtesy visit and also to offer me sincere advice and counsel on how to make great success of the office. Those words of wisdom he freely gave me were the bedrock of my huge success as the HAG of Oyo State between August 2011 to 26th May, 2015.

I recall fondly that he warned me not to discharge any functions of the office until I have read and digested the book – Law Officer of the Crown.
He was relieved when I told him that the immaculate and cerebral Chief Bandele Aiku, SAN had loaned me a copy of the book with the caveat that I must read and digest it before we took oath of office.

He told me pointedly that if indeed you had read the book, you shall definetely succeed in this office.

Finally, he asked me to get all the laws that were enacted by the Lagos State Government between 29th May, 1999 to 28th May, 2011 and most especially those that were midwived by Professor Yemi Yemi Osinbajo, SAN as the Honourable Attorney-General of Lagos State which he termed the glorious of law making in Nigeria.

He was again pleasantly surprised when I told him that my dear friend, brother and colleague, Abiodun Adediran Olatunji Esq.,( Bellumi) now a Senior Advocate of Nigeria had bought all the laws till that date for me and duly delivered them to me.

My fulfilment and joy came when I ensured Oyo State Government was represented at the book presentation of Professor Folarin Shyllon in 2014.

The last time I set my eyes on Professor Folarin Shyllon was at the reception organised in honour of Bellumi in Lagos when he took Silk that was richly deserved in 2018.