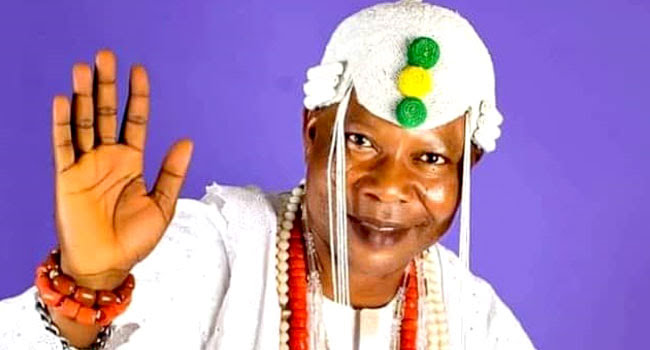 A traditional ruler, Oba Ayinde Odetola, has been killed by suspected hoodlums, police authorities in Ogun State said on Tuesday.

Oba Odetola, the Alagodo of Agodo in Ewekoro Local Government Area of the state, was killed along with three other persons said to be his friends.

According to sources, the traditional ruler was killed not too long after his brother was gruesomely murdered.

Confirming the incident in Abeokuta, the Police Public Relations Officer in Ogun, Abimbola Oyeyemi, said the traditional ruler and the others were killed at about 11am on Monday.

They were said to be returning from an outing before they were by attacked the hoodlums. Although it is not clear how the monarch was killed, the other persons were set ablaze.

Oyeyemi revealed that the Commissioner of Police in Ogun, Lanre Bankole, and the Special Security Adviser to Governor Dapo Abiodun, Olusola Subair, have visited the town for an on-the-spot assessment.

He stated that the whole town was deserted as of the time of the visit, adding that the police commissioner has directed that the Homicide Unit of the Criminal Investigation Department of the command commence an investigation into the killing.

There had been a tussle over the chieftaincy title of Alagodo between the people of Ake and Owu in Egbaland.

While the late monarch was from the Ake section of Egba, he was reportedly embroiled in a controversy that an indigene of his town cannot administer a town mainly dominated by the people of Owu.