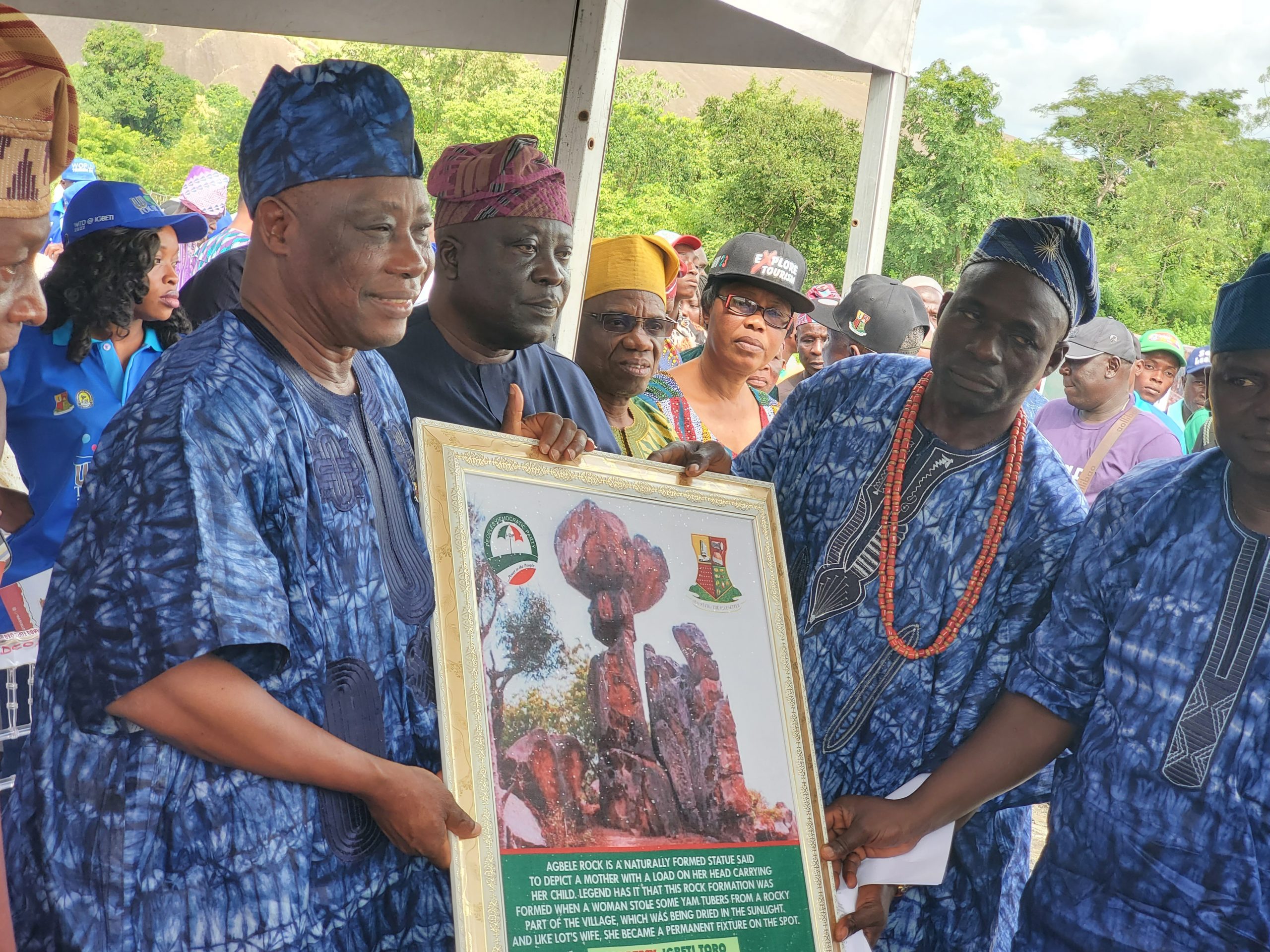 The Oyo State Government has said it will soon commence rehabilitation work on the roads leading to Iyamapo, a 2000 metres above sea level Hill in Igbeti town.

He also assured that the Oyo State Government will invest in the tourism sector to attract local and international investors, who will in turn drive the State’s economic expansion drive.

Lawal also declared that the Governor Seyi Makinde led administration plans to harness the developmental benefits of the State’s mineral resources in Igbeti, to expand the economy.

The Deputy Governor said the present administration is determined to reposition the state’s tourism sector with its huge potential, to drive the economy of the State.

Barr. Lawal, who hinted that resources in the Oke-Ogun zone of Oyo State are enough to sustain Oyo state’s economy, therefore called on investors to help boost the economic activities of the state, through investment in the tourism sector.

“The state government is open to collaboration with investors and relevant stakeholders in fine-tuning plans to harness our potentials”, Lawal said.

He explained that “harnessing the multi-million naira potentials in the state, will be extended to the 168 tourism sites in the State. We will drive world-class tourist sites and urban regeneration work to attract tourists, which will provide gainful means of employment for youth and women”.

Lawal added that this will open more rural areas, like Igbeti, to tourists as the plan includes rehabilitating the road which will take tourists to Iyamapo to see the beauty and access all the other landmarks in the town.

“Oyo State Government will rehabilitate the roads leading to Iyamapo hill, which is one of the tourism potentials in Igbeti. This is part of our commitment to tourism in the State”, he said.

“This will also encourage tourists to visit Agbele hill, Bata erugba and other places and by doing so, they contribute to the growth of the economy,” he said.

Also speaking, the Commissioner for Information, Culture and Tourism, Dr. Wasiu Olatubosun said that tourism in the State would be harnessed by the Seyi Makinde led administration.

He called on investors to consolidate the efforts being made by the state government and other stakeholders in calling for growth and development of the tourism sector.

On this year’s theme “Thinking Tourism”, Olatubosun said Governor Seyi Makinde’s administration plans “to promote our heritage as well as other sites”.

Also speaking at the event, the Commissioner for Environment and Natural Resources, Mr. Abiodun Oni said Igbeti town, which is rich in both Natural and mineral resources, is begging Government and investors to bim their search light at the huge potentials therein.

He thanked the Governor Seyi Makinde led administration for setting the ball in motion, commending the Governor’s foresight.

The Special Adviser on Tourism, Hon. Akeem Ige said this year’s WTD was moved to Igbeti, so as to promote it and attract investors to the centre.

He said there are enormous potentials in Igbeti to invest in, adding that his office is likewise working on ways to invite investors to the State.

Speaking earlier, the Chairman of the occasion, Prince Tunde Odunlade opined that tourism is a commercial organization of holidays, which is vital for the success of many economies in the world.

He corroborated the Deputy Governor’s opinion that Tourism could boost the State’s economy, calling on all stakeholders to play their roles.

Odunlade appealed to the Oyo State Government to provide a desirable and enabling environment for tourism to grow in the State.

A Chieftain of Igbeti, Pa. Jacob Adetoro commended the present administration for uniting Igbeti indigenes, by bringing this year’s WTD to the ancient town.

Pa Adetoro said all hands are on deck to promote the rich potentials in Igbeti, saying the indigenes will work with the State Government and all relevant stakeholders.

A highlight of the two-day event was the celebration of Cultural night on September 26, 2022 at Igbeti town hall.

The event also witnessed hiking, games, music, and visits to other tourist sites in Igbeti.