The sanctimony of Nigerian Army against Rawlings, Nzeogwu’s ghosts 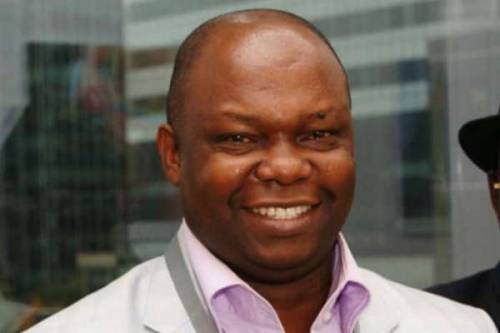 President Muhammadu Buhari, last week, rolled out a list of railway station corridors which were named after living and departed Nigerians, ostensibly with the aim of memorializing icons of the Nigerian state. The corridors are ones along the Lagos-Ibadan and Itakpe/Ajaokuta/ Aladja/Warri corridors. He claimed that the Nigerians were so honoured due to the commensurate contributions they had made to the progress and development of their communities and Nigeria as a whole.
The honorees and their corridors were, Bola Tinubu (Apapa station), Mobolaji Johnson (Ebute Metta Station), Babatunde Fashola (Agege station), Lateef Jakande, (Agbado station) Yemi Osinbajo (Kajola station), Funmilayo Ransome-Kuti (Papalanto station), Wole Soyinka (Abeokuta station), Segun Osoba (Olodo station), Ladoke Akintola (Omi-Adio station), Obafemi Awolowo (Ibadan station) and Alex Ekwueme (Operation Control Centre). He had earlier named one after Goodluck Jonathan. If you ask me, a Buhari who scarcely bothers about what the rest of the world says, must have fought for the inclusion of General Sani Abacha’s name on the list.
Anthropologists will be interested in the politics behind this memorialization by the Buhari administration. It reminds me of the theme of the 2017 American Anthropological Association Annual Meeting, which was, In Whose Honor? On Monuments, Public Spaces, Historical Narratives and Memory.
In naming monuments after persons, Buhari seemed to be acting as a steward of the past and present, arriving at a potpourri broth of good names sprinkled with dregs and suppressors of the people’s will, for political advantage. However, with the current mood sweeping round the globe, it is apparent that the correct and most enduring memorialization is in good deeds. For instance, Buhari does not have to erect any physical monument in Awolowo’s memory. He is etched in Yoruba people’s memories and will continue to occupy that space till the end of time.
Centuries-old statues perceived to have been erected to honour individuals who fought wars protecting the institution of slavery were recently pulled down. What that means is that, while Buhari has the presidential power to play politics of memory by erecting monuments in remembrance of people who catch his fancy, they will be pulled down long after we are all gone, when the correct reading of our memories are shoveled out. In fact, users of the railway corridors may not affix to them the names decreed by the President. I cite two examples to buttress this. The popular Ring Road named after MKO Abiola in Ibadan, Oyo State is seldom so referred while the New Garage road, never named after anyone, but built by a former Oyo governor, Adebayo Alao-Akala, is so memorialized ever since.
Buhari himself should bother what monuments would be erected in his own memory decades to come. Perhaps in Daura where he has been a son-of-the-soil made good? Or in the Fulani nation where he had successfully muzzled merit into the dustbin to favour his ethnicity? In Daura, in Buhari’s very eyes, his monuments – billboards – were pulled down some months ago by his own people. It should tell him that memorialization is done by the people and has no place for politics.