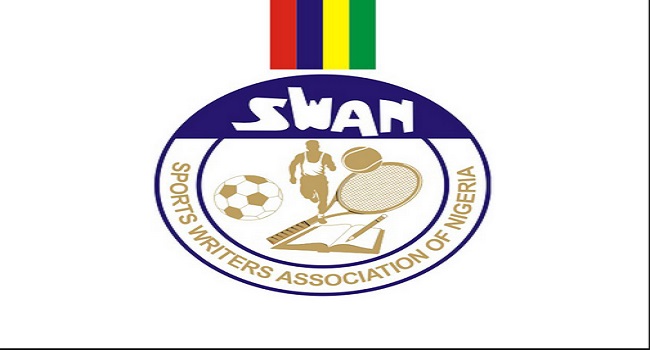 The National Secretariat of Sports Writers’ Association of Nigeria (SWAN), has issued a disclaimer on the membership of Seun Ajayi Obe, saying he is a personae non grata in the association.

In a letter by the Secretary General of the SWAN, Comrade Mike Oboh, titled: Attention: Beware of Impostor, Seun Ajayi Obe who impersonates SWAN V.P, reads: “The attention of the National Secretariat of Sports Writers’ Association of Nigeria (SWAN); an affiliate of the Nigeria Union of Journalists (NUJ), has been drawn to a press release written by an impostor, Seun Ajayi Obe who is parading himself as South West SWAN Vice President.”

“The National Secretariat of SWAN wishes to state clearly that Ajayi Obe is a personae non grata as far as SWAN is concerned. He is no longer a member of SWAN not to talk of being its leader. The only SWAN leadership in Oyo state, recognised by the Nigeria Union of Journalists (NUJ) and other stakeholders, is ably headed by Mr Niyi Alebiosu of Nigeria Tribune Newspaper.”

“It is also important for the public to be aware that the impostor; Seun Ajayi Obe is not, at present, a practising journalist as he has not been attached to any media organisation in the last five years.

“In addition, he is presently under indefinite suspension which he had been placed by the immediate past leadership of Oyo State Council of Nigeria Union of Journalists for flouting the directive of the Union’s National Secretariat.”

The document further asserted that SWAN, purportedly led by Laolu Fawole, being canvassed for in Ajayi Obe’s dubious press release, is non existent in Oyo State. In actual fact, Laolu Fawole has also been suspended alongside Ajayi Obe and other culprits: Boye Ajayi and Adesoji Olusegun by the past Oyo NUJ leadership. A copy of their letter of suspension is hereby attached to this disclaimer for verification purpose.”

“In inference, we hereby advised members of the public to beware of the dubious man named Seun Ajayi Obe, whose trades in stock are issuing fake press releases and impersonating SWAN Vice President to deceive unsuspecting people. Any person or organisation who transacts business with him does it at his own risk.”

“The National Secretariat of SWAN is using this medium to call on the security agencies in the state to checkmate the illegal activities of this man called Seun Ajayi Obe whose aim is not far from causing crisis in Oyo state”.