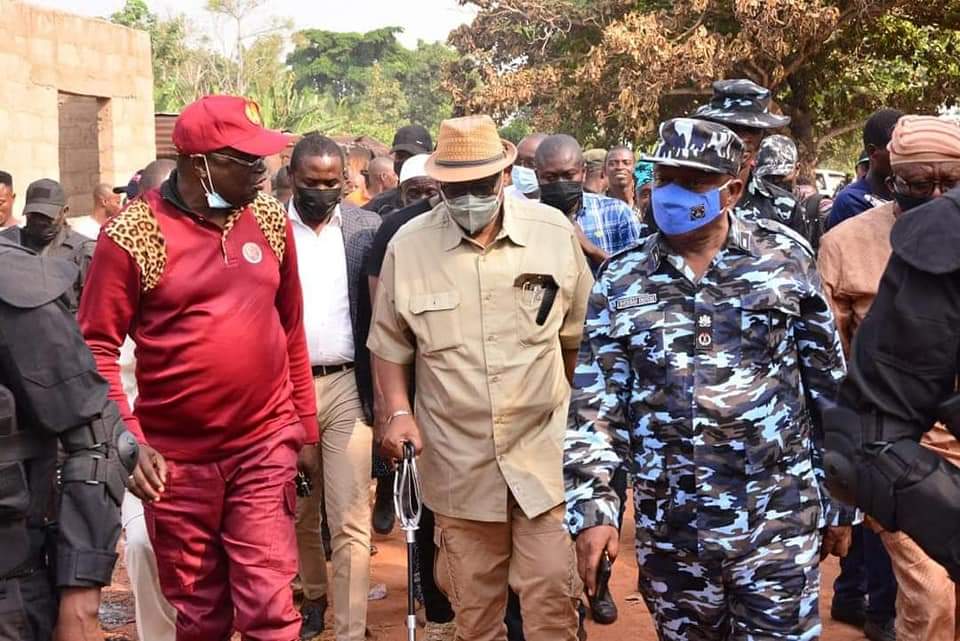 Gunmen suspected to be Fulani Herdsmen, have killed three people and razed down buildings in a community within Ondo State.

The suspected gunmen reportedly wrecked the said havoc at Omolege Junction near Ute in Ose Local Government Area of the state, overnight.

Consequently, Ondo State Governor, Arakunrin Oluwarotimi Akeredolu,SAN, on Sunday, paid a visit to the affected scene in company of the state Commissioner of Police, Oyediran Oyeyemi; Commander of Amotekun Corps, Tunji Adeleye; and some members of the state executive council.

A statement by the Chief Press Secretary to the Governor, Richard Olatunde, stated that Governor Akeredolu, who commiserated with the people over the death of their loved ones, particularly the community head, said no government would be happy with the killings of the people. 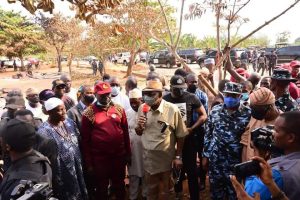 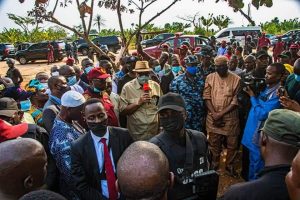 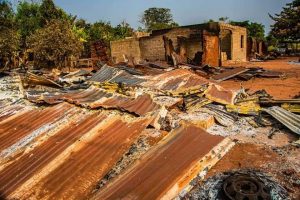 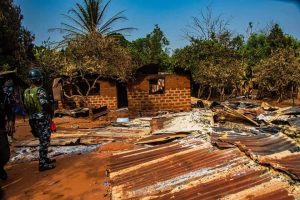 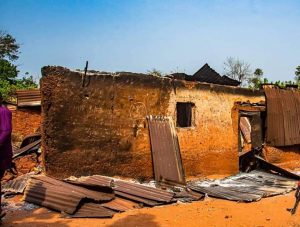 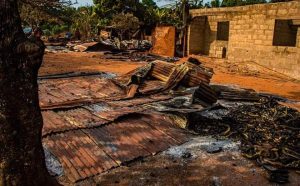 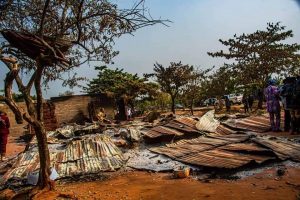 Akeredolu, while describing the attack on the community as unfortunate, vowed that concerted efforts will be made to ensure that such attack does not reoccur in the state.

He said: “I commiserate with you on the death of your loved ones. May their souls Rest In Peace. No government will be happy with this kind of development.

“But you have to be prepared. These herdsmen are becoming too problematic. We are not sleeping. You can see Police and Amotekun here. With this one they have done, we will ensure that it is their last evil act here.

“Those behind this are criminals. Those supporting them are all criminals too. Anyone who commits crime will answer for it. The Police and Amotekun with other security agencies will set out and bring them to justice. We will treat them like criminals.

“Both the Police and Amotekun have briefed me that they were being shot at. But for their boldness and courage, the criminals would have overwhelmed them.

“I want to assure you, don’t be scared. We are still on their track. They have ran to Edo now. But for the houses that were raised down, government will bring relieve material. We will rebuild the ones that were razed completely.”

He said:”I was home when we heard that some gunmen came and killed people here. We came here immediately and we met a dead body. These buildings have not been razed.

“When we alerted the Police, the DPO came and we didn’t know that those people were still around. Not less than 30 minutes after the Police evacuated the dead bodied, the gunmen came back and razed these buildings down.

Coordinator of the Oodua People’s Congress (OPC) in the area, Folorunso Olofe disclosed that the gunmen were always attacking with AK 47.

“This has been happening for long. They are always coming with AK 47, they were more than 50. One Amotekun officer was hit with a bullet during the attack. They came and killed the Baale. Police came and evacuated the dead bodies and not up to fifteen minutes, they came back and razed this place.” He said.

According to the villagers, the gunmen attacked the community following the refusal of the residents to allow the herdsmen to graze on their farms.