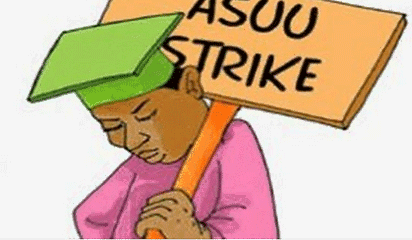 “The pioneering evangelical Christian students organization in Nigerian tertiary institution had since February 14, 2022 when ASUU embarked on a one-month warning strike watched with utter dismay the ‘back-and-forth’ discussions between the Federal Government team led by the honorable minister of Labor and Employment, Dr. Chris. Ngige and the ASUU team led by their National President, Prof. Victor Emmanuel Osodeke at resolving the issues of disagreement”, the statement read.

“From warning to extensions, the strike has entered its 20th week now still with seemingly no definite agreement on sight. The SCM in all sincerity appreciates the genuineness of the demands brought to the table of negotiation by ASUU and also the Federal Government’s good effort so far at reaching an agreement so that the students who have been out of classes for months now will return so as to resume studies.”

SCM therefore appealed to both parties to consider the  negative impacts the strike is having on the students.

It wrote, “The country is currently battling myriads of security challenges ranging from terrorism to banditry, kidnapping and separatist agitations. Of recent, these students out of frustrations have started blocking roads as a way of protesting their continued stay at home. The 2023 general election is just months away and it will be too dangerous keeping these students idle at home as election year approaches. Like the saying goes, an idle mind is the devil’s workshop. Wonder the kind of workshop the devil will find in millions of idle Nigerian students”.

SCM therefore called on the Federal Government and ASUU to as a matter of urgency and for the sake of national interest, that of millions of these students and their parents come to an amicable and workable agreement so that these students will quickly return to their respective campuses and classes.

“Part of the demands of ASUU is funding for the revitalization of public Universities, a very necessary demand considering many years of poor funding but how can this revitalization be without a return to full academic activities in these Universities. The SCM is behind the FG and ASUU in prayers for this amicable and workable agreement”, it wrote.