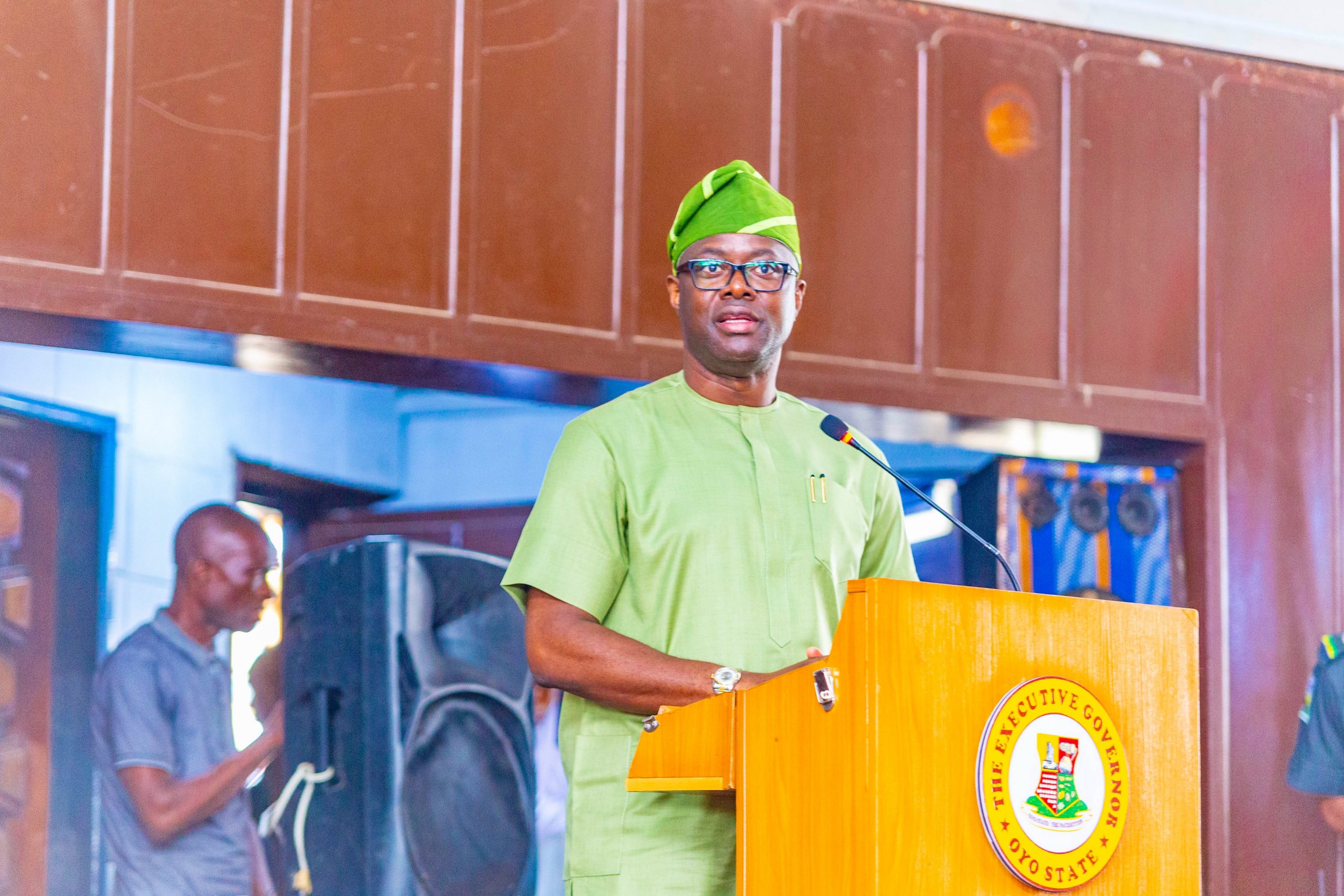 ‘Oyo State is relatively peaceful, but…’

Oyo State Governor, ‘Seyi Makinde, on Thursday, called on relevant stakeholders in the country to employ a more tactical approach in combating the insecurity challenges facing the nation.

The governor, who made the position public at an expanded security council meeting held at the House of Chiefs, Secretariat, Agodi, Ibadan, said that security operatives must work on response time during emergencies. 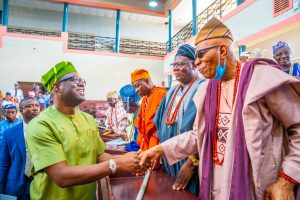 A statement by the Chief Press Secretary to the governor, Mr. Taiwo Adisa, indicated that the meeting was attended by traditional rulers, and service commanders, including the new Commissioner of Police, Oyo State Command, CP Adebowale Williams as well as local government chairmen and vice-chairmen.

Governor Makinde, at the meeting, called for more cooperation and collaboration among security agencies, governments and the traditional institution in the country.

He added that such cooperation has helped to improve the security situation of Oyo State, noting that the state has been relatively peaceful.

Governor Makinde said that he conveyed the meeting against the backdrop of the security breaches recently experienced in Owo, Kaduna, and other parts of the country.

He called on the people of the state to be security-conscious, adding that security consciousness should be the business of everybody.

While commending the stakeholders for maintaining peace and tranquility in Oyo State, Makinde called on the traditional and religious leaders to sensitise their people on the need to alert security agents through the 615 security code during emergencies.

He stated: “Let me thank everyone in this hall for the role you have been playing in ensuring that Oyo State is relatively safe and secure.

“Yesterday, we had the State Security Council meeting, and relatively compared to other states, Oyo State is peaceful. If you look at the reports we have been receiving from all over the nation on the issue of banditry, insurgency, kidnapping, herders/farmers clashes, there are daily occurrences.

“Yes, we have pockets of clashes here and there but when you compare it with other places, you will all agree that the state is peaceful thanks to the cooperation and support of everyone in this room.

“We have had issues of jungle justice in the past week and those involved were lynched. But why did I call this expanded meeting? I went to Owo in Ondo where a Catholic church was attacked. I looked at the location of the church itself and I saw that it is inside the community, which shows that if they had had rapid reaction, they would have caught those people responsible for the attack.

“I wondered how they were able to shoot people for like 20 minutes and still escaped even on the bad road. I really feel we should not say that such an occurrence is far removed from us.

“I felt we should interact again on a wider scale so that we can discuss a few things that we can be proactive about. This is the second time we are having a meeting like this, and we will be using this opportunity to discuss the challenges we are faced with.

“I always say to our people that we are their servants and must serve them. We are not the only ones who have solutions to these things. You are even closer to the people than some of us in the government.

“As I always say, here in Oyo State, security is everyone’s business. If we all play our part, we will have a safer and more secure environment. Are some of the things we have put in place working? If they are not, what can we do?

“I think our traditional and religious leaders also need to keep emphasising the security number 615 that can be called when they are in distress. And for us, we will keep logs of calls we are receiving and deal with them. We must pause to find out what has happened and then get the report across.

“I must sincerely say that this is the time we have to be vigilant. A church has been attacked in Kaduna even, as of this morning, people have been kidnapped.

“And we also have a challenge right now because we are moving into an election season and people may think criminality is smartness. We see some people saying now is the time to bring the thugs and hoodlums that they have been breeding. No, all of us have to brace up to face this menace.”

Governor Makinde equally reiterated that his administration will is only after criminals and would not allow ethnic bigotry in the state.

“Yes, we have 10 months before the elections and after that, everything will be calm. But this period, we have to be vigilant. If you are a criminal, even if your name is Makinde, I will deal with you.

“So, we are after the criminals. It is only when we allow them to thrive that they will be able to carry out their nefarious activities.

“So, we want to hear from you. We want to make this meeting interactive and we want you to be frank with us. When we are not doing things right, let us know. By the time we arrest land-grabbers, you will see that they have links with maybe the traditional rulers or the community leaders there.

“So, we all need to work together to address all of these issues and that is the reason why we call this meeting,” he added.

Earlier in his address, the state’s Commissioner for Local Government and Chieftaincy Matters, Chief Bayo Lawal, expressed confidence that the meeting would proffer solutions to the security challenges in the state.

The participants later proceeded into a closed-door meeting for further discussions.