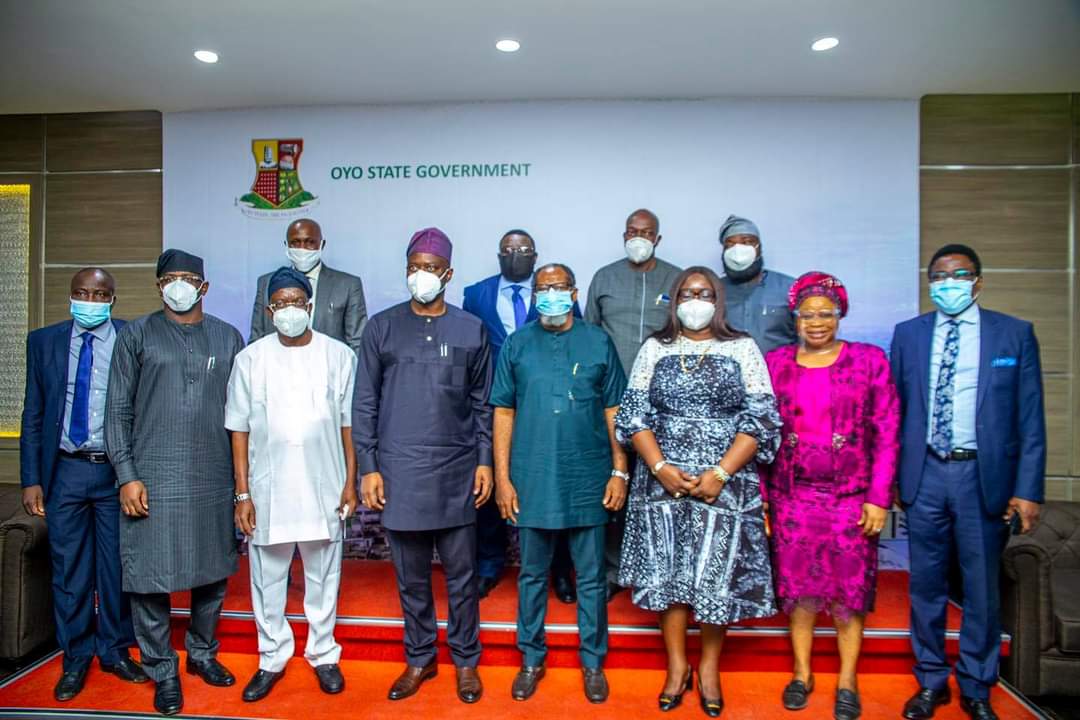 The Government of Oyo State and the Shell Nigeria Gas have signed a Memorandum of Understanding, which will see the company extend its gas pipeline infrastructure to the state.

Speaking shortly after signing the MoU, Governor Seyi Makinde stated that the partnership was an indication that the policies and programmes put in place by his administration to expand the economy of the state are beginning to yield positive fruits.

He explained that the project is timely and that it will aid the industrialisation drive embarked upon by the government, adding that the Gas Pipeline Infrastructure Project will be run on a Build, Operate and Transfer basis for 15 years.

The SNG’s Managing Director, Ed Ubong, who signed for the company, said the development will aid the industrialisation effort of the state amid the ongoing efforts by the Governor Seyi Makinde administration to expand its economy.

Ubong, who maintained that the partnership with Oyo State is an opportunity to further promote gas as a more reliable, cleaner and cost-effective alternative to liquid fuels in the state, said “gas is the key to boosting industrialisation.”

The event took place at the Exco Chamber of the Governor’s Office, Agodi, Ibadan.

A statement by the Chief Press Secretary to Governor Makinde, Mr. Taiwo Adisa, quoted the governor as saying that the state is open for business and has always tried to do things in a transparent manner.

The governor said: “Oyo State is open for business and we try to transact our business transparently. We allow our decisions and actions to be driven by logic and data. So, we know for a fact that Shell Nigeria Gas coming here to extend the gas infrastructure to Oyo State is a decision that should have been taken a long time ago. I personally participated in the West Africa Gas Pipeline Project, and if it is good for Ghana, it should be better for Oyo State.

“Of course, this is a challenging period for us as a country and also for Oyo State, as the COVID-19 pandemic is still very much around. We are also faced with an economic meltdown. Is this a period to undertake a big project? I will say yes, because the pandemic is going to go away and there will be post COVID-19 activities. I think the timing is appropriate and I thank the management of Shell Nigerian Gas for being bullish about the economic potential of Oyo State.”

The governor added that the project will fast-track ongoing efforts of the state government to industrialise and expand the economy, saying “most of our industries generate power using diesel. So, we believe if we convert them to gas, Oyo State would have become part of the states that are helping the country to monetise its gas resources.

“We have what will make it possible here. We have the Independent Power Plant, IPP, which we are already looking at. If we have gas here, things will just flow seamlessly. People used to think that Oyo State is too far away from the centre of industrialisation in Nigeria, talking about Lagos. But things are rapid. We have the rail line. We also have an Airport in Ibadan that we are trying to upgrade and the Lagos-Ibadan Express road construction, which is ongoing. Though it is not finished yet, it is better than what it used to be. So, all of these coming together mean that Oyo State can take on a whole lot of activities, be it industrial or others and we can assist Lagos and Ogun states.

“I am glad that SNG is willing to be our partner on this journey. I have sat down with a former governor of this state. They have had this project in the pipeline for quite a while. The state was going to set aside funds to execute the project before now but it did not see the light of the day because something funny happened.

“Now, we are being creative in project delivery structure. So, what we are looking at now is to build, own, operate and transfer. I am sure SNG will look for the money to build the gas infrastructure. SNG will own and operate it for 15 years and it will later be transferred to Oyo State.

“Truth is, we have to be creative if, as a government, we don’t have the resources, yet we have to bring development and industrialisation to our state. We are glad that SNG has confidence in us and we will do everything, within the spirit of the MoU that has just been signed, to deliver on our own part.”

Also speaking, the state’s Commissioner for Energy and Mineral Resources, Barr. Seun Ashamu, said: “The negotiation and signing of this MoU with Shell Nigeria Gas is an effort to increase the economic potentials of the state through the availability of gas and this will assist us to attract big businesses and will aid in industrial development and also securing our state.

“An international company like Shell coming to Oyo State shows the ease of doing business, the investment potentials of the state, and the type of administration that the governor is running.”

He added that as part of the achievements of the Governor Makinde administration, the SNG will assist the state government to develop its gas masterplan, which is intended to cover the state and be driven by demand, while the state will also benefit from a percentage of growth revenue from the gas sales.

In his speech, the SNG MD promised that the company will carry Oyo State Government along in terms of employment and skill development, adding that the project will create employment for the citizenry, create more means of livelihood and also increase the Internally Generated Revenue, IGR, of the state as a result of industrialisation.

He said: “I am proud that SNG is here. The vision of the governor is to see how we can rapidly industrialise the state and with a clear vision and support, we will get that done. We will do all we need to do to ensure we can realise the terms of this MoU.”