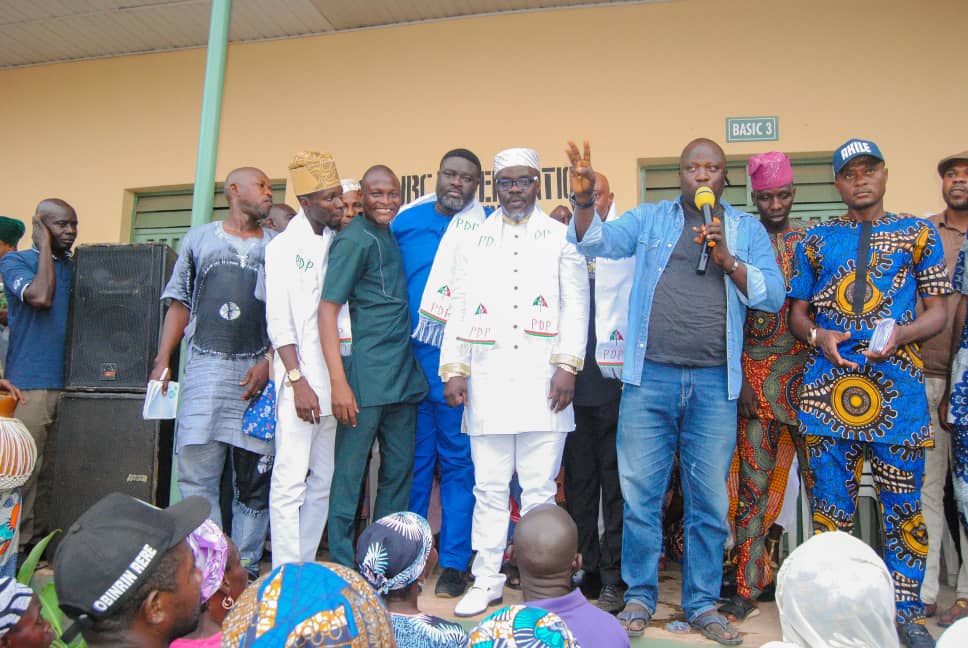 Hon. Opeyemi Samson Fatola has disclosed on Wednesday in Ibadan, the Oyo State capital that he joined the People’s Democratic Party (PDP) in Oyo State to consolidate the achievements of the incumbent governor of the state, Engr. Seyi Makinde.

In a release signed by his Special Assistant on Media, Seyifunmi Odunuga (Seyichicago) to Newsmen, Fatola noted that his desire for joining PDP was because of the good things Governor Seyi Makinde is doing in the state, saying that the governor has transformed the state to a greater height.

Fatola, who was formerly a chieftain of Accord Party while been recieved by the state executive of the party at the premises of UMC Demonstration Basic School, Molete, Ibadan maintained that PDP remained unbeatable in Oyo State, adding that the party is ready to tell Nigerians that 2023 belongs to the party, and PDP is not going to failed Nigerians.

“PDP is the only party where we can showcased ourselves and devoid of God fatherism, PDP of today is different from PDP of yesterday, its now PDP of new generations of politicians.

“APC deceived Nigerians in 2015 with ‘change’ but their change has brought negative and disaster to Nigerians.

“My coming to this party is all about supporting the good aspirations of Governor Seyi Makinde and that was what informed my decision to join PDP, i was formerly one of the major critics of PDP, but I later realized that it is the only party where fairness, equity and justice reign.

Fatola however called on the members of the party in the state to joinned hands together and support the state governor so as to hold on to power in the state and make their dream to become reality.

Meanwhile, the publicity secetrary of the party in Oyo State, Mr. Akeem Olatunji noted that with the caliber of people joining the party, PDP is a party to beat in the state, adding that the party is the pride of the masses.

He however urged the members of the party to comply with the constitution of PDP so as to maintained orderliness, equity justice.
People that came along with Hon. Opeyemi Samson Fatola are fomer honourable member, Oyo State House of aasembly, Hon. Segun Olaleye (Radical) Adebayo Hamzat, Chairman, Ibadan South West PDP Chairman, Morufu Balogun (Murphy)and host of others.