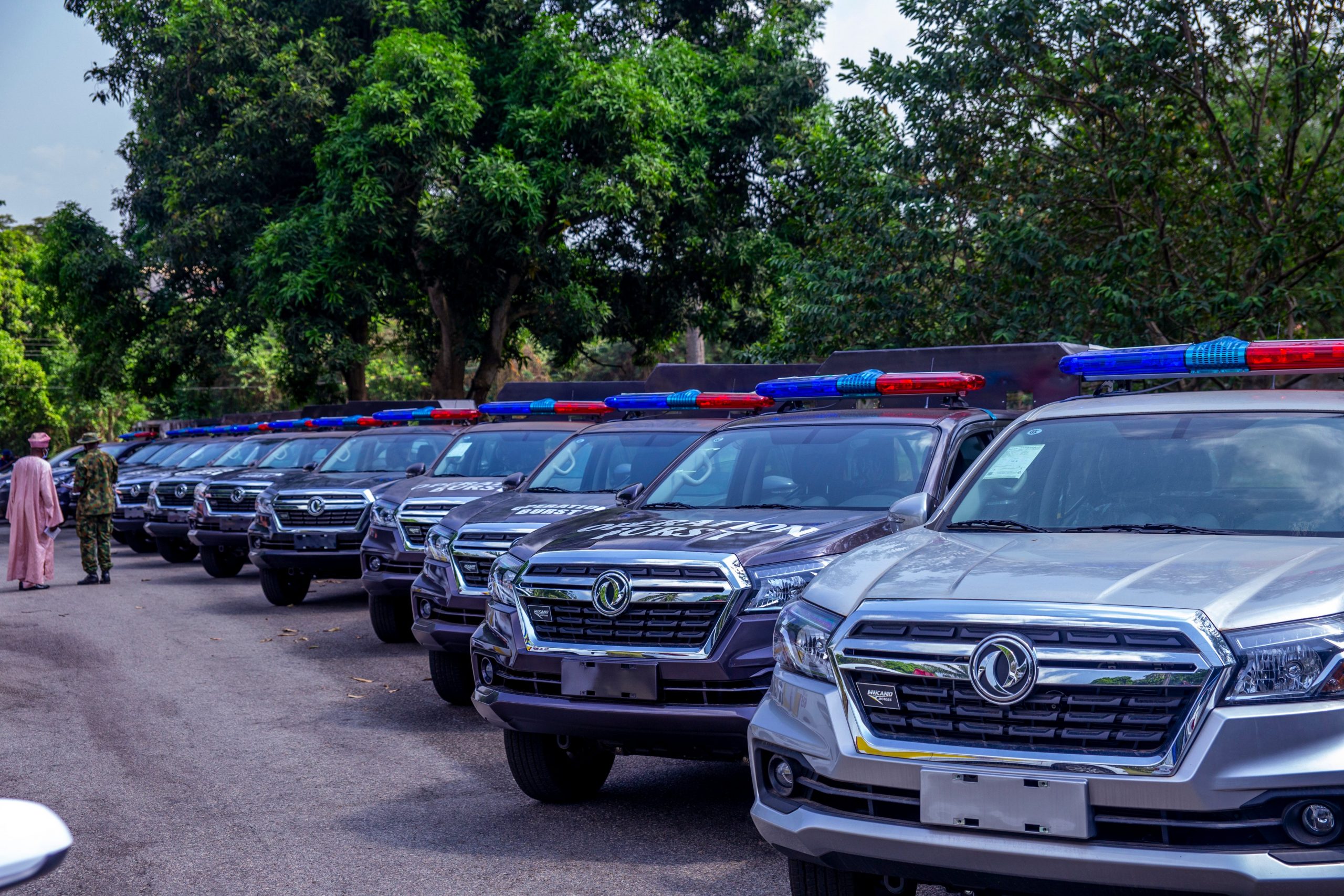 He declared that his administration will continue to prioritise the welfare of security personnel in the state, adding that his government remains committed to supporting police officers and security personnel serving in Oyo State as well as members of their family.

A statement by the Chief Press Secretary to the governor, Mr. Taiwo Adisa, indicated that ten (10) of the vehicles were donated to the Swift Response Squad (SRS), a unit of the Nigeria Police Force, while the remaining fifteen (15) vehicles were donated to the Operation Burst, a state-backed unit comprising the military, police and Nigeria Security and Civil Defence Corps.

Governor Makinde, speaking while donating the vehicles at the frontage of the Presidential Lodge, Government House, Agodi, Ibadan, said: “It is my pleasure this afternoon to hand over these operational vehicles to both the SRS and Operation Burst.

“This is a period when, irrespective of what people have been doing from the beginning of the year till now, they still want to have a merry Christmas. There are people out there who have not sown anything but they want to reap where they did not sow.

“Yes, we have had a challenging year, COVID-19 from the beginning of the year, then economic meltdown and #EndSARS protests. “Well, the way I look at it is, we would not say that because of those challenges, we will not continue to do what we are supposed to do. I just want to use this opportunity to let the Nigeria Police Force, especially officers and men serving in Oyo State Command, know that under my watch, we will continue to support them and their families.”

Speaking earlier, the Special Adviser to Governor Makinde on Security, COMPOL Fatai Owoseni (Rtd), said that security is one of the pillars of the Makinde administration and that the government has been closing the infrastructural gaps in the security sector to make Oyo State safer and secure for all and sundry.

He added that the operational vehicles would further strengthen the infrastructure of the two outfits.

“Security is one of the pillars of Your Excellency’s dynamic administration. And of course, to that end, you have been doing all that is required by closing the infrastructural gaps of the security agencies to make Oyo State safer, secure and investor-friendly. You have always been granting the requests of all the security outfits in Oyo State.

“Today is another day for the security outfits in Oyo State to laugh… All of us know and we are not in doubt that this effort would further strengthen the infrastructure of these two outfits.”

Similarly, the Oyo State Commissioner of Police, Joe Enwonwu, appreciated the governor for being there always for the Oyo State Command of the Nigeria Police Force, pledging the readiness of his officers and men to sustain and embolden the security status of Oyo State and provide conducive atmosphere for both local, institutional and foreign investors.

He said: “Your Excellency, it is with great honour and privilege that we are here to grace this occasion as one of your pillars in sustaining and emboldening the security status of Oyo

State, to the extent that it will provide conducive atmosphere for both local, institutional and foreign investors if the environment is secure and safe.

“We have just come out of COVID-19, #EndSARS protests and the consequent carnage that has devastated the economy of not only the nation but particularly that of Oyo State. And as we are coming out, we are really taken aback that Your Excellency is able to provide additional vehicles to reinforce the security arrangement for Oyo State.

“I want to assure you that with this new set of vehicles, the Police, on its part, will do their level best to reinforce security and make sure that people can confidently come out, do their businesses and sleep with their two eyes closed.

“During the operational tour of the IGP, he spoke to the officers and made it abundantly clear that we should all come out confidently to give the best of security to the people of Oyo State. And we should put behind whatever had happened during the #EndSARS protest that led to the loss of lives. We have actually taken that in our strides.

“As I speak to you, we are presently doing training and retraining in our two mobile platforms of MOPOL 4 and MOPOL 72, Ago- Are, with a view to reinforcing and rebuilding confidence in the officers and men of Oyo State Command.

“I appreciate you sincerely for this wonderful gesture.”