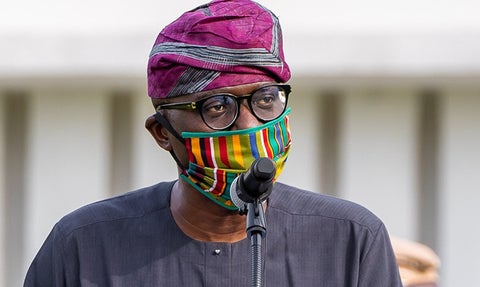 Lagos State Government has suspended the Executive Secretary of its Film and Video Censors Board, Bamidele Balogun.

In a statement shared on Twitter, the state’s Commissioner for Information and Strategy, Gbenga Omotoso, said Balogun was suspended on Friday for issuing an unauthorised letter mandating content producers to pay a five percent levy, adding that there is no levy on audio and visual contents of all physical and digital platforms.

“The Executive Secretary, Lagos State Film and Video Censors Board, Mr Bamidele Balogun, is said to have announced a 5% levy. The Government hereby dissociates itself from the said announcement in the media.

“The fifth pillar of the T.H.E.M.E.S Agenda, the development policy of this Administration, is Entertainment and Tourism. Practitioners are partners in our effort to ensure that Lagos State remains Africa’s leader in entertainment.

“The Executive Secretary, who was not authorised to make such an announcement, has been suspended, pending an administrative enquiry.

“The Governor Babajide Sanwo-Olu Administration is not insensitive to the fact that the industry has been badly hit by the effects of the COVID -19 pandemic and empathises with this and other sectors of the economy,” Omotoso said.

Some content producers had earlier raised an alarm about an impending levy and obtained a court injunction from the Federal High Court in Lagos.

Justice Chuka Obiozor had ruled that the LFVCB cannot impose levies in addition to those imposed by the National Film and Video Censors Board as it would amount to double taxation.