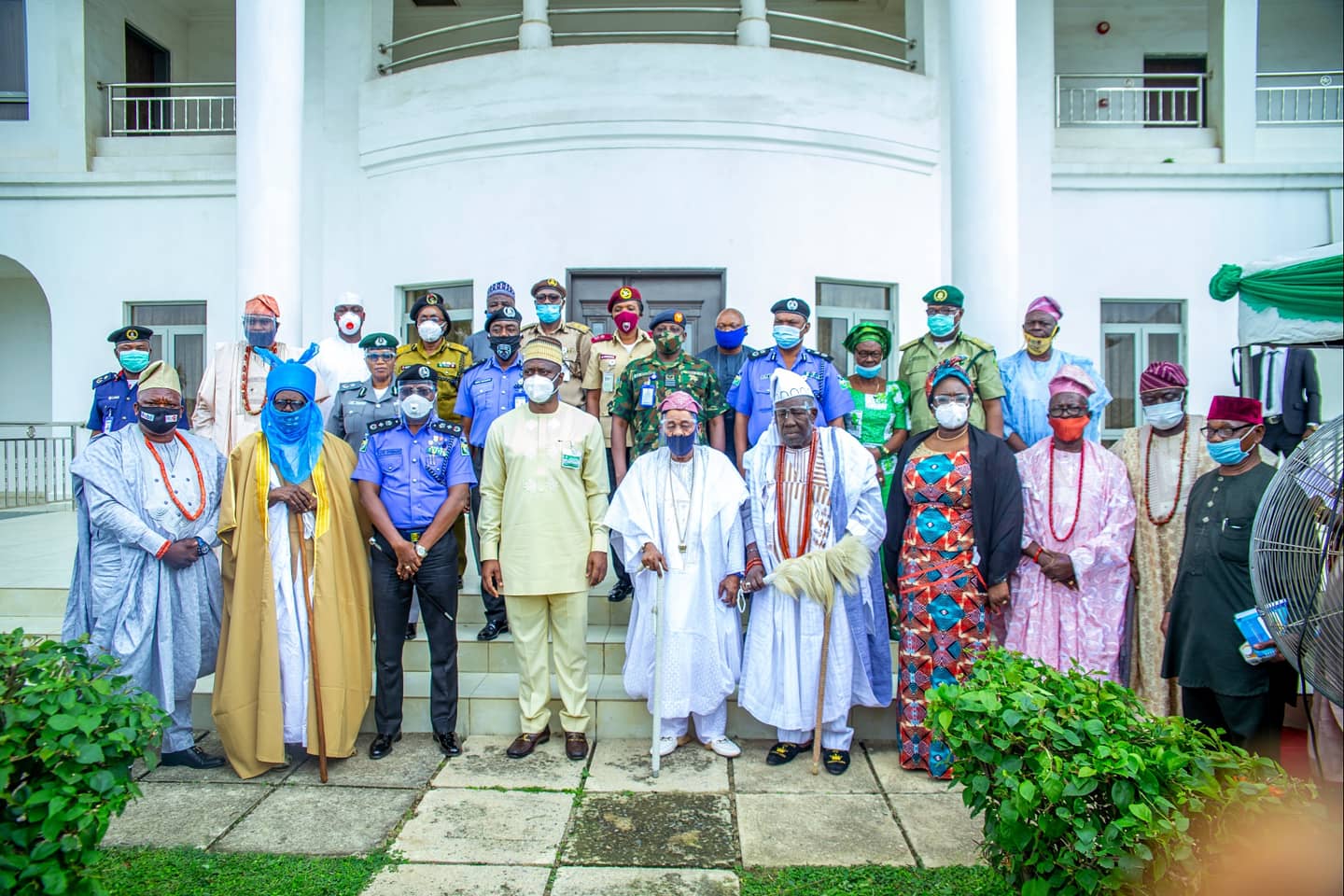 Press Release
Makinde inaugurates community policing advisory council in Oyo
Governor of Oyo State, Engineer Seyi Makinde, on Friday, inaugurated the Community Policing Advisory Council, CPAC, in the state, declaring that his administration will work with other stakeholders to make the initiative a success.
A statement by the Chief Press Secretary to the governor, Mr. Taiwo Adisa, also quoted the governor as saying that the state would put measures in place to facilitate the setting up of another Mobile Force Base in Oyo Town.

Some of the members of the council include: the Alaafin of Oyo (chairman); Olubadan of Ibadan land, Oba Saliu Adetunji; Soun of Ogbomoso, Oba Oladunni Oyewumi Ajagungbade; chairman, Council of Obas and Chiefs, Oke-Ogun; chairman, Council of Obas and Chiefs, Ibarapa.
Others are: Service Commanders of Security Agencies; Chief Imam of Ibadanland and chairman, Supreme Council of Islamic Affairs; chairman, Christian Association of Nigeria and Secretary; Seriki Shasha (Representative of Arewa Community in Oyo State); representative of Igbo Community in Oyo State; chairman, PCRC, Oyo State and the chairperson, National Council of Women Affairs, Oyo State.
Governor Makinde said: “We will make this initiative work as we continue to hope that Nigeria, one day, will get to that state of maturity where the constitution will be amended for us to have state police. Community policing is not an issue for the police alone. Quite frankly, the bad boys are from certain homes, communities and we know them. So, I want to urge our traditional rulers to ensure that community policing gets to the grassroots in their domain.
“Once we are able to attack some crimes and criminal elements at the community level, the resources at the state level can be deployed effectively for some other things.”
“I want to thank CP Owoseni and his team for thinking out of the box. In Oyo State, we don’t have much money right now but we still have to secure our people. We have made a solid investment in security as we have also launched the Oyo State crime alert system. It is a mobile app, which is now live. So, I want to urge people to take advantage of the app. People can visit the Oyo State website, download the app, and start using it,” the governor added.
I will make sure I go back and ensure we put those things in place. As soon as we have the approval of the IGP, we will push to have the mobile police squadron established.
“I want to appeal to our people that there can be no meaningful development and all the laudable things we want to do in the state without adequate security. We will be safe and secure in Oyo State to allow foreign investors to come in.
In his speech, the chairman of the council and Alaafin of Oyo said: “We are happy to be here today for this inauguration. I want to promise, on behalf of other members, that we will know our responsibilities and do our best to satisfy the aspirations of those who put us in this position. And it is a task that must be done for Oyo State.
“I have worked with major ministries, agencies. We are partners in progress with them in the service of this state. We will ensure we do our best to justify your expectation in us for this honor. I want to assure the governor that all of us will be equal to the task.”
In the same manner, Governor Makinde, while commending the police for the arrest of suspected perpetrators of the Akinyele killings, as well as other crime kingpins in the state, assured that the state’s Attorney-General and Commissioner for Justice would work closely with the police to ensure the diligent prosecution of the suspected criminals.
“I want to specially commend the Commissioner of Police and his team for the arrest of perpetrators of Akinyele murders. Also, the principal suspect in some kidnapping cases has been arrested.
We will follow the law.