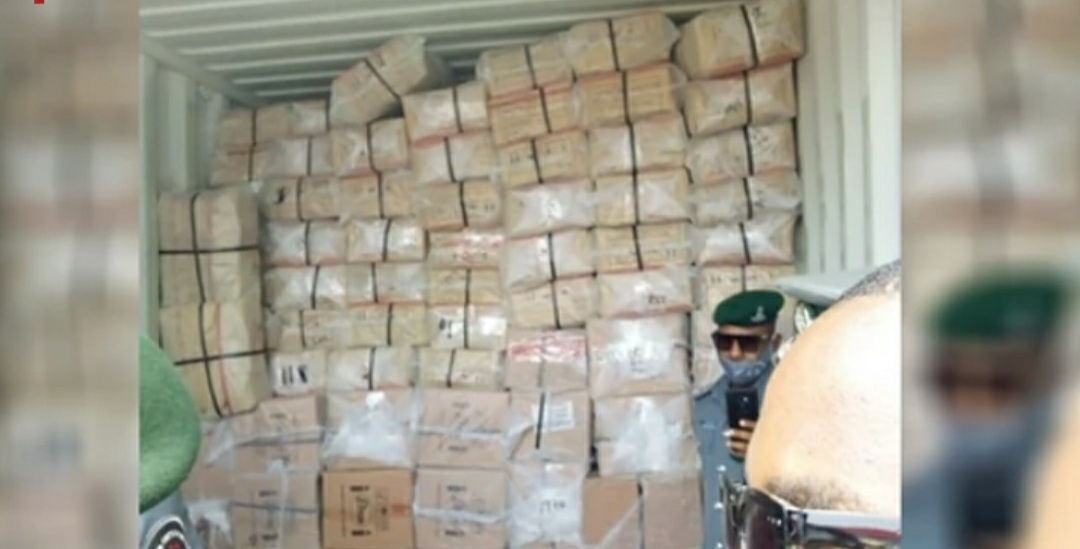 Information has it that Nigeria has gone from a hard drug transit point to a production one.⁣

The police in Apapa Area Command of Lagos State, on Thursday, August 6, 2020, intercepted a 40-foot container laden with the addictive drugs Tramadol and codeine.⁣

The container was intercepted at sea and taken to a terminal in Apapa, ChannelsTV reports.⁣

A team of officers from Customs and the National Drug Law Enforcement Agency (NDLEA) teamed up with the Area B Commander, Olasoji Akinbayo, for inspection of the seized container.⁣

National Security Adviser (NSA), Babagana Monguno, recently remarked that drug trafficking is one of the factors fueling the spate of insecurity across the country.⁣

Monguno decried that Nigeria has moved from a hard drug transit hub to a drug production centre.⁣