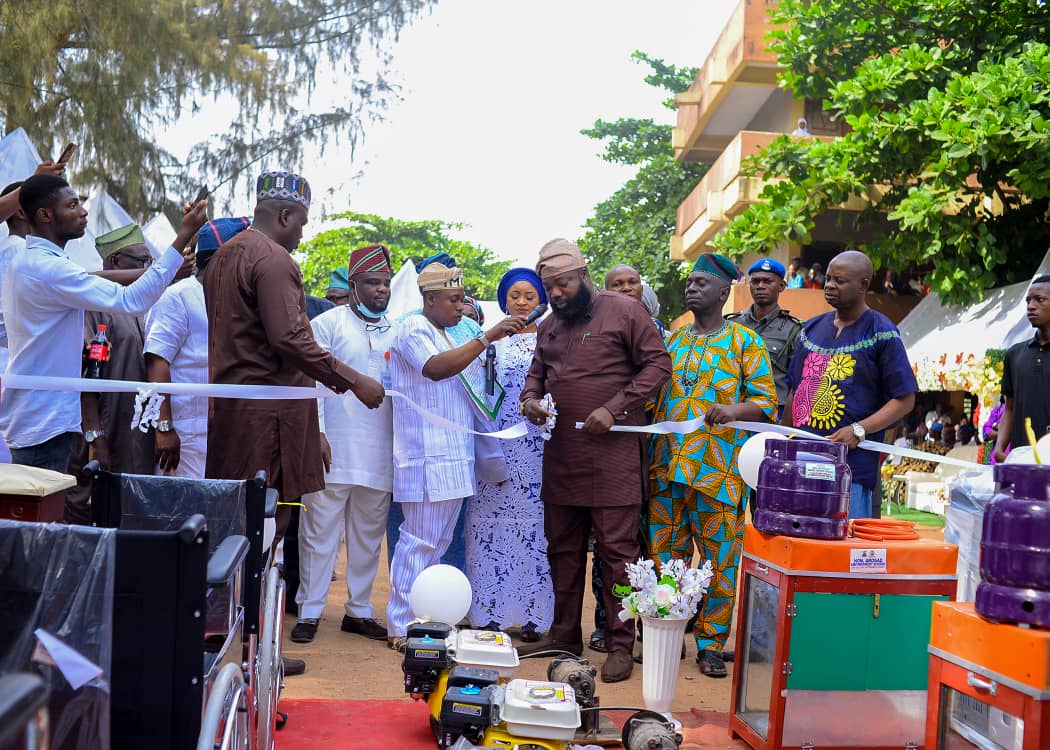 As part of activities lined up to mark his first year in office, the Caretaker Committee Chairman, Oyo East Local Government, Prince Arowosaye Saheed Adeyemi empowered members of his LGA.

Speaking at the occasion, which took place at the premises of the Counicl, the host and initiator of the Empowerment Programme, Prince Arowosaye Saheed Adeyemi attributed his feat to the wisdom he tapped from Governor Seyi Makinde.

Elucidating further, Prince Arowosaye said the peculiar wisdom of His Excellency, Engr Seyi Makinde which he applies in governance makes the impossible possible. The same attribute makes him (the governor) stands out among his equals.

The number of each item distributed as enlisted above ranges from five to ten.

The people of the council area expressed surprise at the quality, cost and number of items freely handed to people, adding that no politician in the past has ever attained the feat.

Eminent personnel in politics who graced the occasion took  turns to shower encomiums on the council boss, testifying that no Federal Representative from Oyo has ever achieved the feat in history.

Others include Caretaker Committee Members in the Local Government, People’s Democratic Party leaders at state, local and ward levels, Women Leaders, Head of Local Government Administration in the Council area, Heads of Departments, the staff and well wishers.