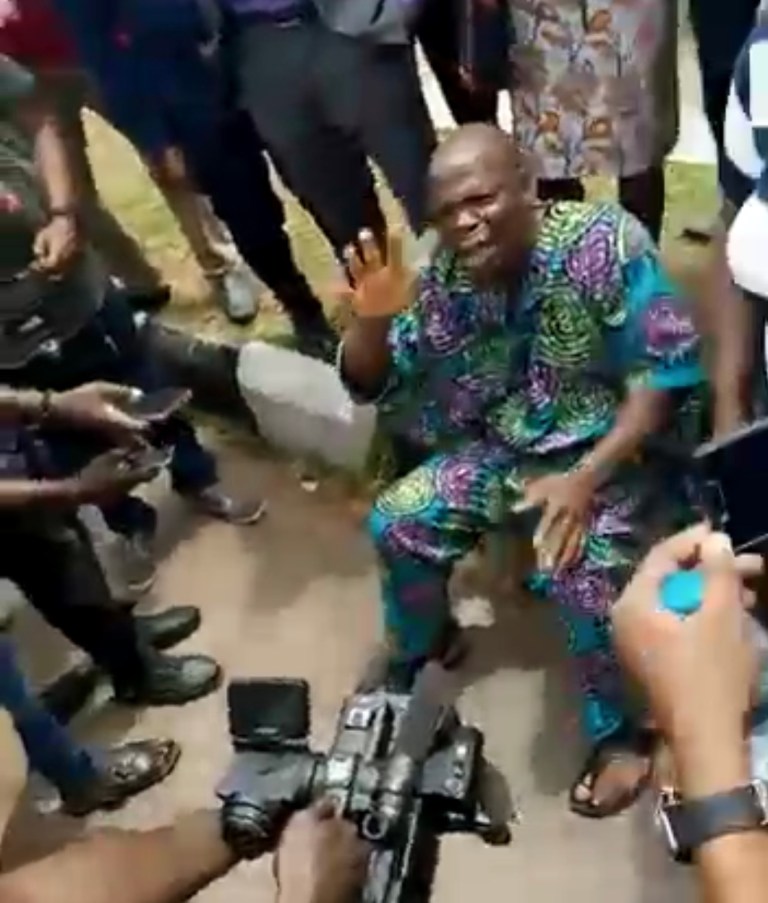 A man, who identified himself as Lateef Balogun, has been arrested in Ondo State by operatives of the Nigeria Police Force (NPF).

The man, who claimed to be Chief Mayegun of Afo, was nabbed with fake ballot papers in favor of a PDP aspirant not mentioned.

He was carrying a bag containing the ballot papers when some party members stopped him.

The party members descended on him before he was rescued by the security at the premises of the primary.

The suspect denied any knowledge of possessing fake papers.

However, protesters stormed the gate of the primary, claiming that the man is working with Deputy Governor Agboola Ajayi to rig the primary – an allegation that has not been confirmed.

The primary is yet to commence as of the time of filing this report.