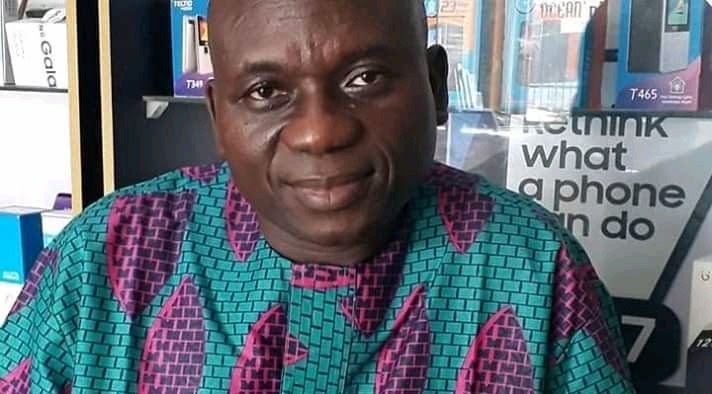 The Chairman of Oyo State Board of Internal Revenue (BIR), Aremo John Adeleke, has debunked reports linking his agency, the State’s Ministry of Finance and officials of the University of Ibadan, with any form of shady deals in the process that led to the refund of the PAYE tax arrears owed the state by the university.
The BIR boss, in a statement made available to newsmen, declared that there is no evidence of shady financial dealings between the BIR and the University of Ibadan, or any other federal MDA on the Pay As You Earn tax liability audit process for the periods of 2012 to 2018 and 2019.
According to the BIR boss, there was no case of abuse of office or contravention of the code of conduct for public officers of the Federal Republic of Nigeria.
He also insisted that the tax audit process was transparent, unblemished, and in line with the tax assessment and reconciliation procedure provided by the Personal Income Tax Act 2004 (as amended).
The statement further
indicated that the media houses which published the story had been misled by the muddled-up analyses put forward by an unknown anti-corruption group headed by one Bala Ayodele.
Adeleke equally stated that the basis of the agreement
between the Federal Government and Oyo State which led to the settlement of the undisputed PAYE tax liability, has nothing to do with any matter relating to the Integrated Personnel Payroll Information System (IPPIS), as, according to him, the settlement was consequent upon the Nigerian Governors’ Forum complaint to the Federal Government on the huge unremitted PAYE of federal Ministries, Departments, and Agencies in most states.
The BIR boss warned that the Oyo State Government should not be dragged into the on-going succession battle in the University of Ibadan, adding that the false and malicious publications were made in bad faith to tarnish the government of Engr. Makinde by elements who are bent on dragging the state into the ongoing battle over the emergence of a new Vice-Chancellor in UI.
He stated that contrary to claims in the publications that the tax audit process allegedly covered a period of 12 years , 2007 to 2018, in contravention of the Personal Income Tax Act 2004, the exercise only covered the period of 2012 to 2017 (six years) in the first instance, and then 2018, which was conducted in 2019 in strict accordance with the relevant section of Personal Income Tax Act, 2004, as amended.
The OYIRS equally debunked the claim that there was a fraudulent deal on the 10 per cent commission to Tax Audit and Monitoring Agents, stating that the governor approved the engagement of the agents in July 2019 for the recoveries of the PAYE tax liabilities and that the 10 per cent commission is to reward all the categories and layers of consultants involved in the recovery process.
Adeleke maintained that contrary to claims in the publications that an initial 2 per cent paid as commission is not part of the 10 per cent approved for such purpose, the 2 per cent paid to the first category of consultants, indeed, formed part of the 10 per cent.
Responding on the case of reward disagreement between Baytem Nigeria Ltd. and the Oyo State Government, Adeleke maintained that the matter is being handled by a court of competent jurisdiction and that the OYIRS would limit its comment until the court process is completed.

He said: “It becomes pertinent to put the records straight as a matter of public interest and give the process flow of the tax audit process that led to the recovery of N3,751,024,427.22 of which N1,875,512,213.61 (50 per cent) has just been recovered from the Office of the Accountant-General of the Federation in two tranches of 25 per cent each. The N1,875,512,213.61 recovered was essentially receipted by the Oyo State Government following the payments.
“It is also pertinent at this juncture to state that: The tax audit exercise, covering the period, 2012 to 2017 (six years), was facilitated and conducted in 2018 in strict accordance with the relevant Section of Personal Income Tax Act, 2004, as amended. A sum of N4,003,020,114.02 was established and later revised to N2,975,027,903.83 after the tax audit reconciliation process that featured exclusion of Withholding Tax liability and expungement of penalty and interest, as demanded by the verification team.
“In 2019, however, following a similar process, a tax audit liability of N775,996,523.39 was also established and resolved. Therefore, the total tax audit liability of N3,751,024,427.22 was resolved and signed by both parties (University of Ibadan and Oyo State Internal Revenue Service). In a nutshell, the tax audit effort, in good faith, was not beyond six years in any of the cases.
“There was no case of false financial claims or abuse of office and the code of conduct for public officers of the Federal Republic of Nigeria was not contravened. We are glad to emphasise that the tax audit process for the period, 2012 to 2018, is transparent in line with the tax assessment and reconciliation procedure as provided by Personal Income Tax Act, 2004, as amended.”
The management of the state’s internal revenue service also debunked allegations of underhand arrangement with the top echelon of the University of Ibadan.
The statement read: “For emphasis, there is no way OYSIRS could have compromised the top management of University of Ibadan and also the other parties and layers of verification, as evidenced by the participation of the Federal Inland Revenue Service (FIRS), the Joint Verification Team of the Joint Tax Board and the Office of Accountant-General of the Federation, as well as the Nigerian Governors’ Forum and its consultancy apparatus.”
According to the OYIRS Management, the BIR Chairman, Adeleke, did not at any time meet with Professor Olayinka and/or Prof Adebowale or any other top echelon of the university to perpetuate any fraudulent act.
“We are not aware of any kickback process or underhand arrangement involving the trio: Prof Idowu Olayinka, Prof Kayode Adebowale and Dr. Michael Alatise in one part and any official of Oyo State Internal Revenue Service or by extension, Oyo State Government on the other.
“In addition, no trade-off existed in favour of either any University of Ibadan official or any official of Oyo State Government. The tax liability for 2018 was evidently established, reconciled along with 2012 to 2017 and mutually signed for onward recovery from Federal Government intervention funds. All monies of all federal MDAs audited and recovered for PAYE liabilities in OYSG, were duly recovered to the account of OYSG and could not have ended in anyone’s private pocket as alleged,” the statement added.
The body equally maintained that the resolution period of the tax audit matter between the University of Ibadan and the OYIRS did not span beyond three months, contrary to the allegation in the publications.
“The Oyo State Internal Revenue Service, based on its normal revenue recovery mandate and working towards meeting up with the mutually agreed figure before the arrival of the verification team of the FGN, encouraged the University of Ibadan, among other Federal MDAs, to take advantage of Federal Government offers to help clean their books of tax liability – essentially backlogs of unremitted PAYE.
“The agreement of the Federal Government to help to settle the tax liability is also logical in addressing the plight of the MDAs on account of inadequate funding by the Federal Government and insufficiency of the released funds to pay the employees’ salary in many of the MDAs, including the University of Ibadan.
“For collaboration with OYSG to relieve the university of unpaid PAYE liabilities to OYSG, the university management deserves commendation, not vilification, especially when the final liability is a product of thorough audit and reconciliation.
“In finality, this spurious petition is full of lies and has no basis in logic and reality. The PAYE recovery by the states is a special initiative of the Federal Government to, on behalf of her MDAs owing the state, to repay all the outstanding and unremitted PAYE to all affected states in the federation. The settlement of the tax liability is at no cost to any Federal MDAs, including the University of Ibadan.
“The process was guided by strict rules and procedures by the verification team from Abuja. All these rules were thoroughly applied and observed by the Oyo State Government and the management of the University of Ibadan. The process of tax audit of Federal MDAs and the payment process was and is straight-forward.
“The writer and his allies, acting scripts, are only trying to smear Oyo State Government and this will not stand. We have no hesitation in owning up to a good working relationship with the out-going management of the University of Ibadan. This same cordial atmosphere will always be extended to any management of the University, past, present, or future,” the statement concluded.