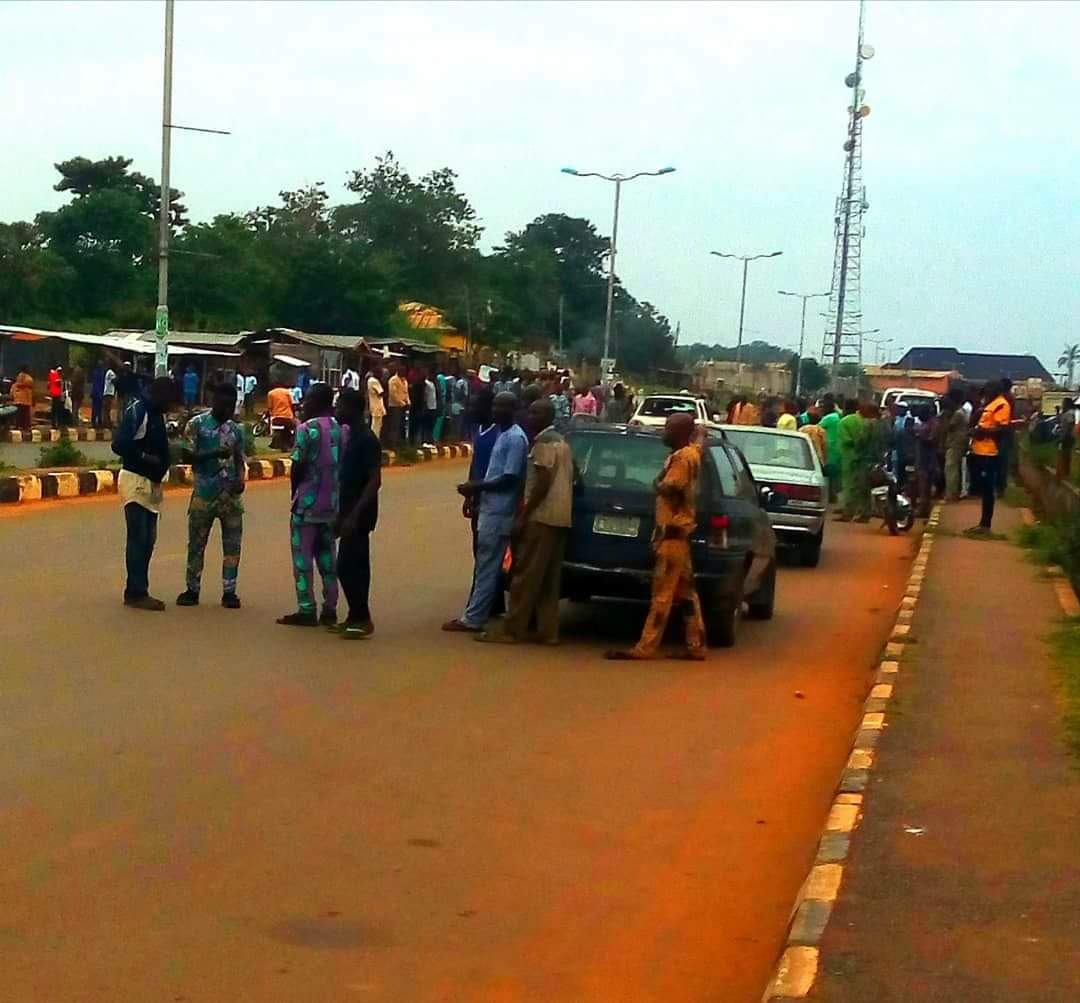 The people of Iseyin were in panicky mood on Friday evening when an officer of the Nigerian Customs was reported to have shot an executive member of the proscribed National Union of Road Transport Workers (NURTW), Lateef Aboki at Iseyin-Moniya park in Iseyin.

The said officer, name withheld, among three others in mufti and in a private Lexus Jeep chased a public transport vehicle to the park on suspicion of the vehicle carrying a bag of rice.

The head of the park, Mr Lateef Shittu (Alias Akue) said he got a call that one of his executive members was shot by a customs officer at the park and he immediately contacted the Divisional Police officer (DPO) Iseyin, who got to the spot immediately to take control of situation before it degenerated to chaos.

SouthwesternNewsUpdates gathered that, the men of the Nigerian Customs were said to have fled when Aboki was hit by a bullet.

He was later reported to be responding well to treatment at a hospital in the town which calmed members of the transport union who were earlier spoiling for a showdown with the alleged shooters.

“I was called around 4pm that some customs officers in mufti chased a vehicle which they believed was carrying a bag of rice to our park and in the process, hit one of our buses.

“They were asked to identify themselves as they wore no uniform and were in a private Lexus Jeep and instead of doing that, they started shooting, unfortunately one of the bullets hit one of my executive members, named Lateef Aboki in the chest.

“We thank God that he is responding to treatment and we also call on the authority to warn the Nigerian Customs officers to apply decorum and professionalism when doing their job.

“The vehicle they chased did not carry any rice when they eventually searched it, why chasing vehicles with private vehicle and in mufti? Do they even need to chase vehicles in the town and be shooting when they know there are many people walking by or those unknowingly driving by.”

The Divisional Police officer who was at the scene persuaded the motorists not to take law into their hands and later towed the Lexus Jeep belonging to the Customs Officer to the police station for further investigation.