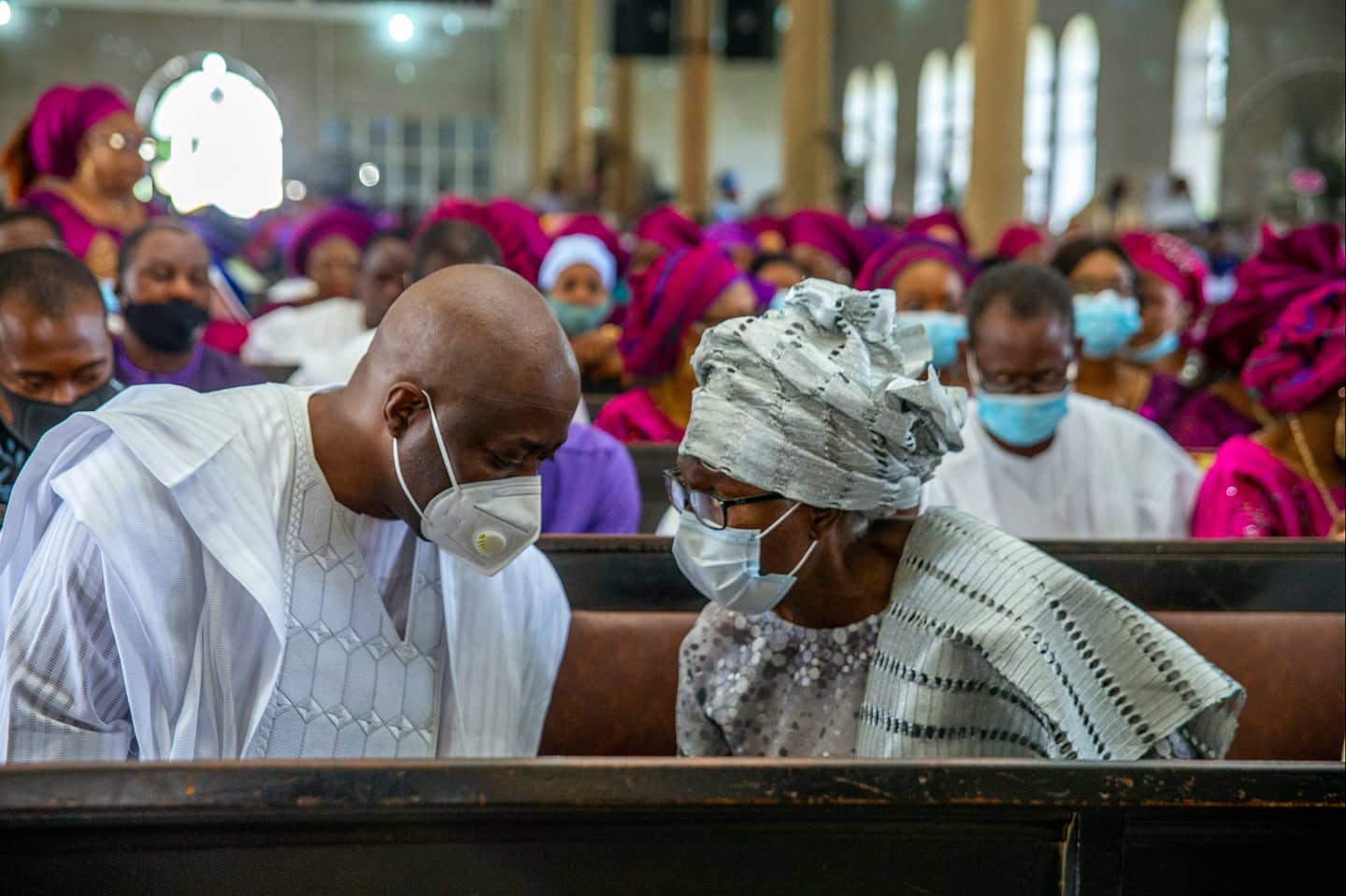 Governor Makinde, who stated this while speaking at the burial service of the late Akinyele, held at the Cathedral of St. Peter, Aremo, Ibadan, maintained that the death of the Bobajiro of Ibadanland, is a huge loss, adding that Oyo State and, indeed, Nigeria, lost a rare gem.

He added that the demise of the historian and foremost public servant was a personal loss to him and his immediate family.

A statement by Mr. Taiwo Adisa, the Chief Press Secretary to Governor Makinde, quoted him as saying that humanity will sorely miss the late bureaucrat and public administrator.

The governor commiserated with the wife of the deceased, Chief (Mrs.) Elizabeth Mojoyinola Akinyele, his children and the entire family, noting that the death of the foremost civil/public servant has created a vacuum no one can fill.

The governor said: “Oyo State has lost a gem in Chief Theophilus Adeleke Akinyele, OON, and I cannot still even begin to imagine how much of a personal loss this is to Mama and my immediate family. Mama, please accept my deepest sympathy.

“Any death, no matter when it occurs, always comes with a deep sense of loss. No matter how our loved ones have lived and no matter what they have accomplished while with us, we still mourn.

“Papa has left us after sharing 88 years of his life with us. Though we are indeed saddened as he is laid to rest, we rejoice. We rejoice because while he was with us, he made a noticeable impact on our lives as individuals and as a community at large, especially the Ibadan and Ajia communities, for which he showed an uncommon passion.”

Governor Makinde lauded Chief Akinyele’s vast knowledge about the Ibadan traditional system, stating that it was a good thing that he shared that knowledge with the world through his book, “Ibadan Traditional System: Reform and Regeneration,” which he said,  meant that his legacy will continue to live on.

The governor, who explained how he witnessed the launching of the book and how Baba Akinyele was honoured for such a great feat, said the book remains a point of reference on what should be done regarding the traditional institution in Ibadanland.

He added: “I am sure if each of us has to speak on how Baba touched our lives, we will have a positive thing to say. For me, Baba’s passing away is a personal loss. And you may know that Baba and my own father were close friends.

“I learnt quite a bit from Baba regarding how the civil service runs and how budgeting works. He was a good teacher and I remember the thoughts he had about how to move Oyo State forward. One of the lessons I learned from Baba is, this job as the Governor of Oyo State, is my very first job in the public space.

“But my relationship with Baba was bigger than work. He was a father to me and I rightly call him Baba. He was an excellent example of passion and dedication to duty. Baba was an orator. He was a great diplomat. He knew how to manage people and relationships. He showed great sensitivity and tact when dealing with people. And this gave him a lot of admirers. He was indeed the Bobajiro of Ibadanland.”

Governor Makinde concluded that going by the array of individuals on hand to pay their last respect to Baba, he was convinced that Chief Akinyele was a great man, saying: “Standing here this morning, I can see those who have come to pay their last respect to Baba and I am more convinced with the faces I am seeing that Baba was a great man whose absence will leave a vacuum that no one can fill.

“To my father, mentor and destiny helper, we will meet again.”

Earlier in his sermon, the ArchBishop of Ibadan Diocese, Most Rev. Segun Okubadejo, said that the late Akinyele lived a fulfilled life, describing him as an epitome of quality service and delivery in his endeavours.

He urged all and sundry to number their days,  bearing in mind that death is inevitable.