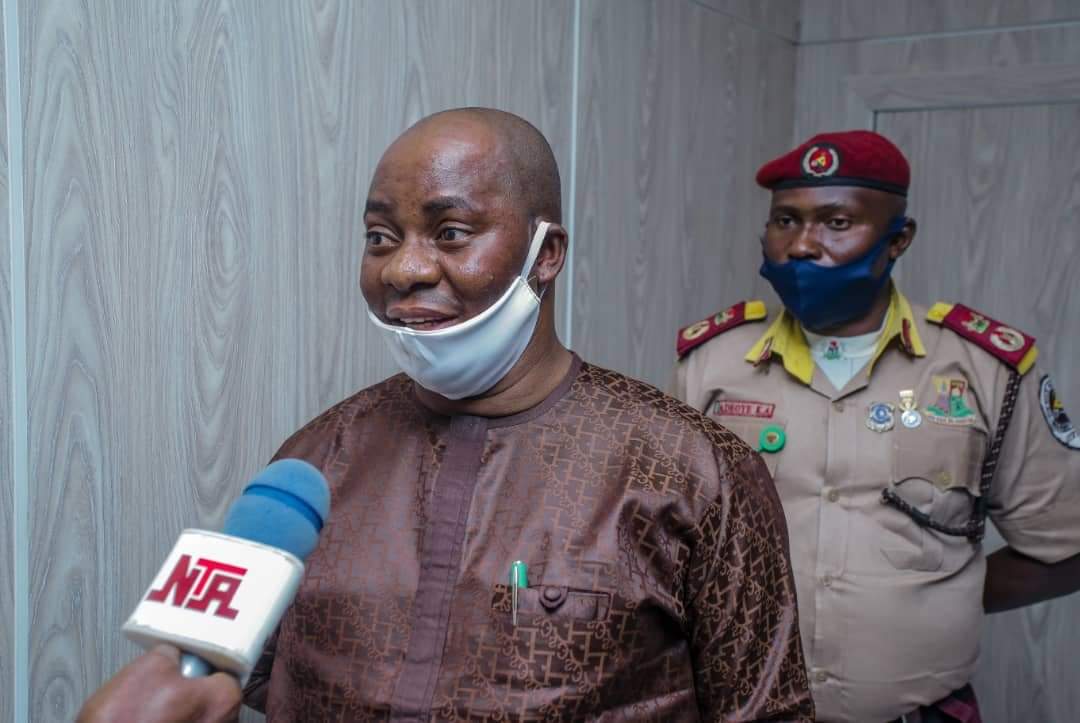 ...Reels out Speed Limits To Other Motorists In Oyo State

In a strategic bid to forestalling avoidable road crashes across Oyo State during these Ember months, the Oyo State Road Transport Management Authority (OYRTMA) has reeled out speed limit advisories to motorists across the State.

This was disclosed earlier today by the Executive Chairman, Dr. Akin Fagbemi while briefing journalists at the Administrative Headquarters of the Authority, Agodi, Ibadan on some of the arrangements the Agency has put in place to ensure an itch-free yuletide season across the State.

The Chairman advised taxis and buses to maintain a maximum speed of 50km/hr within built up areas like streets in towns, villages and cities.

In his words, Dr. Fagbemi said “retrospectively, the Authority has observed that over-speeding and reckless driving accounts for over 80% of road crashes recorded in the first and second quarters of the year 2020 alone and it is anticipated that the usual surge in the volume of business and transactional activities in the State would skyrocket during these ember months and thus, add significant pressure to road traffic.

This informed our decision to direct motorists across the State to obey the national regulations on speed limits which imposes maximum limit of 100Km/hr for cars on any highway in Nigeria.

The Chairman further beseeched motorists to adhere strictly to these directives at all times particularly during bad and inclement weather or where road portions may be defective. He also encouraged the installation of speed breakers in vehicles to avoid the temptation of over-speeding. Dr. fagbemi added that while speed thrills, it also kills, thus motorists should shun it completely to avoid damages of monumental proportions.