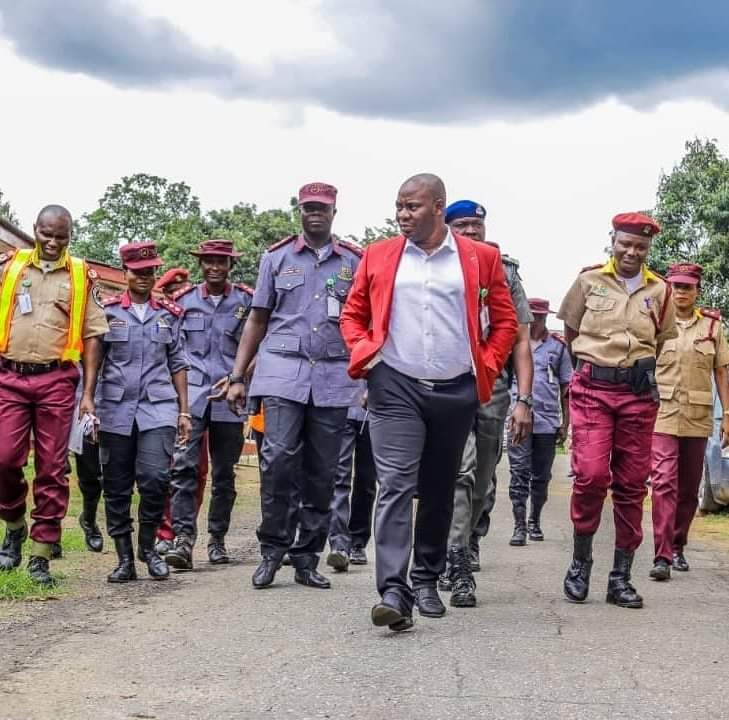 …As Man Hit By Drunk Driver Dies in Ibadan

The Agency also reiterated it’s warning against reckless driving and illegal parking at clubs as well as fun spots at night.

The warning came from the Executive Chairman of the Agency, Dr. Akin Fagbemi on Sunday, while reacting to an incident that led to loss of a life, which was caused by a suspected drunk driver at a popular club situated in Awolowo way, Bodija.

He disclosed that the middle-aged man who was hit by a drunk night reveller sustained head injury and later died at a hospital close to the scene of the incident.

Fagbemi said “it would be recalled that following a directive of the Executive Governor of Oyo State, Engr. Seyi Makinde, the authority issued stern warnings to owners of commercial buildings particularly Club houses during the height of the covid-19 lockdown around March this year following the flagrant disregard to the pandemic prevention protocols as issued by the State Government and as regards the indiscriminate and illegal encroachment of road corridors by customers of the club houses.

“It is pursuant to this warning that the Authority moved to impound erring vehicles around such vicinities particularly as the Authority continues to receive several public petitions and formal complaints from both motorists and residents of the areas where such centers are situated.

“Following a road crash occasioned by the illegal parking of a vehicle whose owner was reported to be patronizing one of the club houses located at Awolowo Road here in Ibadan, OYRTMA in conjunction with the Special Security Joint task Force otherwise known as Operation Burst moved in to impound ten erring vehicles which have been deposited at the our premises pending their legal prosecution for infringing on section 16 of the Oyo State Road Traffic Management Authority Law 2009.”

He said the victim, who was a resident of the area, was rushed to a nearby hospital after the accident around 1200hrs of Friday night, gave up the ghost because of the road blockade caused by indiscriminate parking of vehicles at the club house.

Dr Fagbemi urged the people to ensure that they do not constitute blockade to the roads whenever they parked their vehicles so as to allow others to pass, especially in cases of emergency situations such as fire outbreaks or the need to rush a sick resident to the hospital.

He called on fun lovers and night crawlers to always seek the service of licensed drivers, as there have been several cases of midnight accidents resulting from drunk-driving by vehicle owners who investigations often revealed were coming from club houses in the midnight, who destroyed properties of other persons as well as those of government, like public utilities and streetlight poles.

“It is to this end that we reiterate that the Governor Seyi Makinde’s administration would not condone the continuity of such destructive behaviors on the roads, we shall henceforth continue to enforce relevant sections of the extant traffic laws of the State against such,” he maintained.