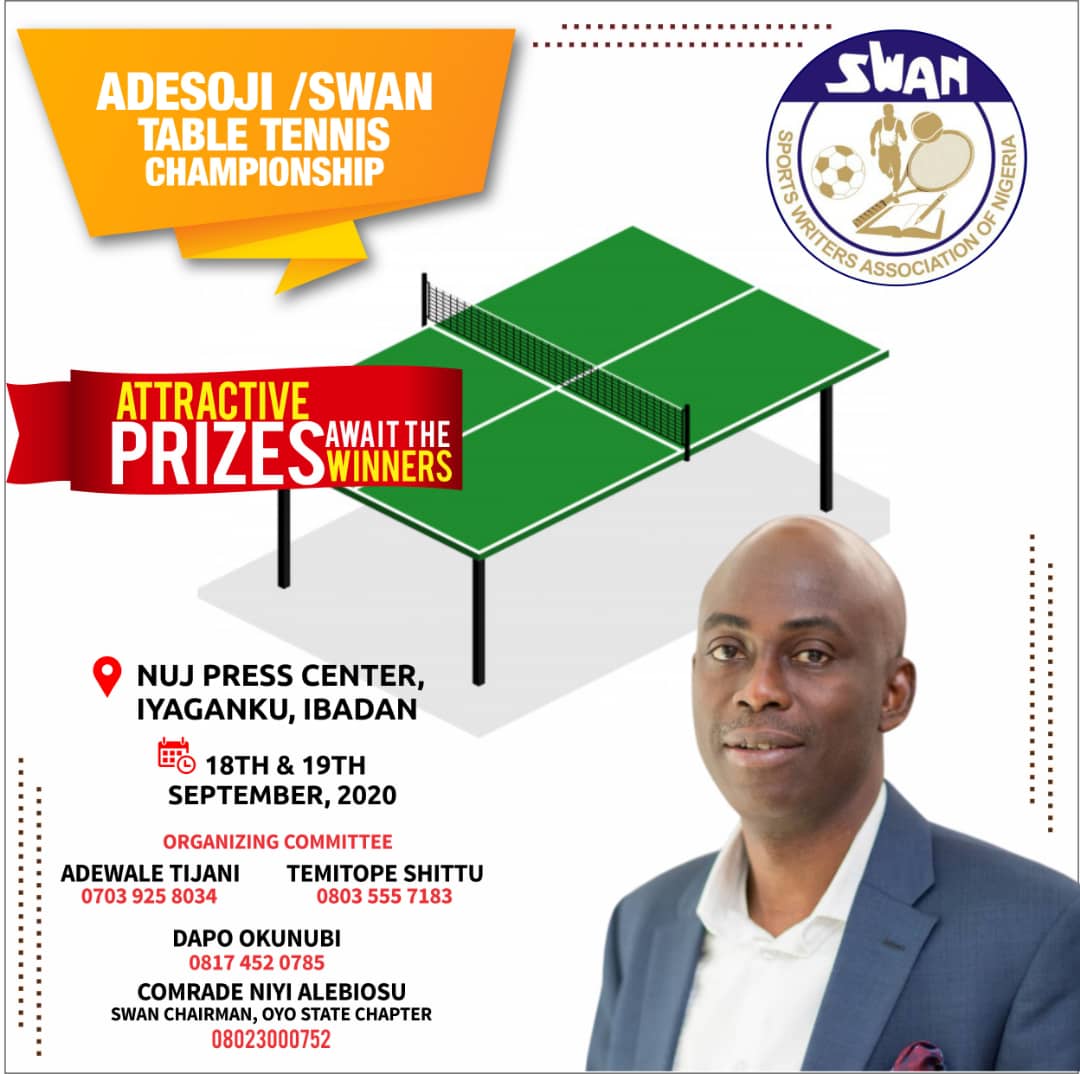 Sports writers and On Air Personalties (OAP) in the Pacesetter State are temporarily replacing their working tools with table tennis bats as they slug it out with one another in a forthcoming table tennis tournament.

According to its organisers, the Competition is to be a two day event and will be held between Friday 18th of September and Saturday 19th of September 2020 at the NUJ Press Centre, Iyaganku Ibadan.

The Sponsor of the competition Dr Tayo Adesoji disclosed that he is bankrolling the tournament to promote ping pong game among journalists in Oyo state.

However, the Chairman Oyo SWAN Mr Niyi Alebiosu explained that the competition is being put together to make the ever busy sports journalists socialise and fit for their day to day activities.

“The competition is being packaged to enable us take off our minds from our strenuous works and relax. Since all works but no play make Jack a dull boy, we need this as an avenue for recreation and relaxation”, Oyo SWAN Chairman stated.

Meanwhile, twenty eight sports journalists and OAPs have registered to compete in the table tennis tournament.

And fabulous prizes will be given to the champion, runner up as well as third placed competitors of the table tennis tournament.