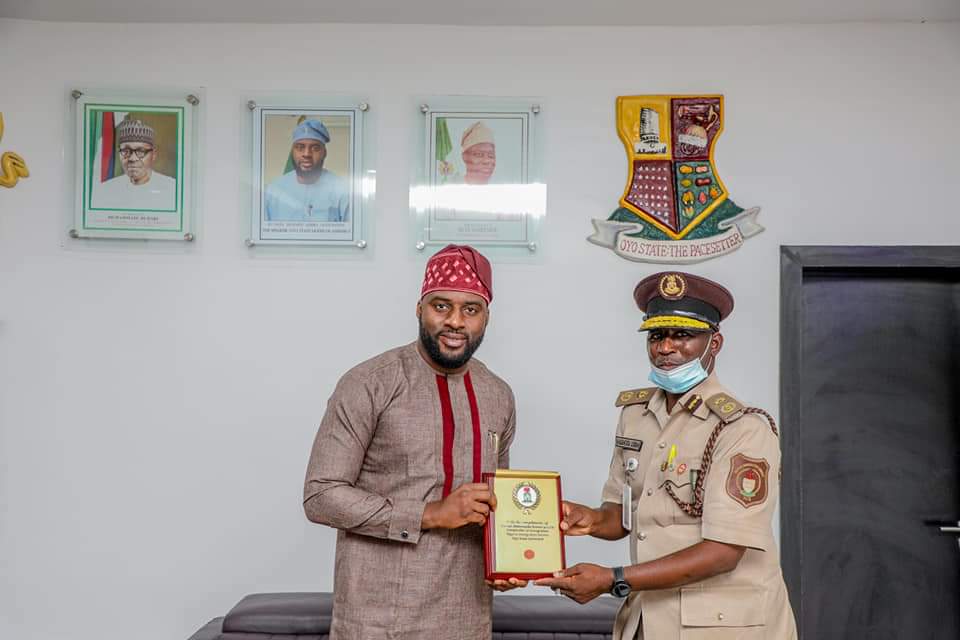 The Speaker, Oyo State House of Assembly, Hon Adebo Ogundoyin has urged the Nigeria Immigration Service, NIS to do more in waging war against perpetrators of the crime.

This is just as the Speaker assures NIS, Oyo State Command of the State House of Assembly’s support in ensuring smooth operations of the activities of the Command as enshrined in the Constitution.

While saying that the PDP led Government in Oyo State was determined to do more to strengthen the security apparatus in every nook and cranny of the State , the Speaker charged the State Command of NIS to complement the efforts of Governor Seyi Makinde in ridding the state of criminals especially illegal emigrants who may want to enter the state to perpetrate all sorts of heinous crimes.

Hon Ogundoyin assured that the Oyo State Government would look into the problem of inadequate operational and patrol vehicles among other problems confronting the Command as well as those affecting other Security Agencies in the state.

” I want to specially welcome Comptroller Babangida Usman to Oyo State and I want to assure you that you will enjoy every moment of your stay in the State. Let me also on behalf of the Oyo State Government identify with you on some of your offices and operational vehicles damaged in Saki and Iseyin by hoodlums in the wake of the #Endsars# protest. This is sad. However, l want to charge your Command not to relent in controlling the people entering and leaving our State, ensure prompt issuance of travel documents to bonafide Nigerians and residence permit to foreigners, survey and patrol our borders among other duties assigned to Immigration officers in the Constitution.”

Earlier the Controller, NIS Oyo State Command, Comptroller Babangida Usman told the Speaker that his officers were ready to wage total war against human trafficking and other crimes within their jurisdiction.

He announced that as part of his strategy to ease the job of the NIS , Oyo State and bring the Command closer to the people, an Immigration office will be sited inside the premises of the Oyo State House of Assembly.

Comptroller Babangida Usman expressed the hope of a better working relationship with the legislature in the State.