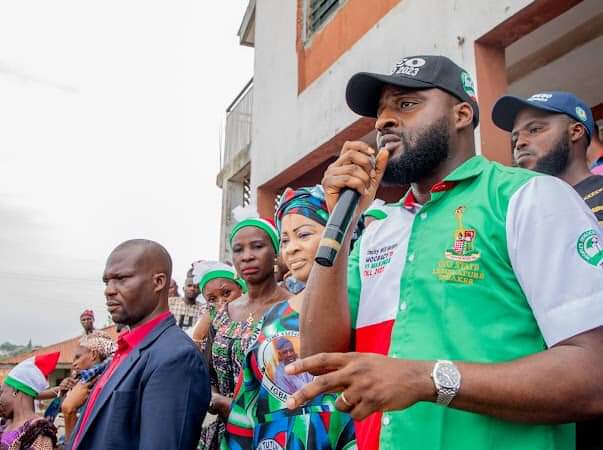 Ogundoyin who made this declaration on Thursday in his hometown- Eruwa, represents Ibarapa East State Constituency at the State House of Assembly.

He expressed his profound appreciation to the people for trusting him with the mandate to represent them in the hallowed chamber, saying it is really a privilege and not a right.

He said, “Today, i have come before you all to again formally request and solicit your support as I announce my intention to return to the Oyo State House of Assembly in 2023. As the consensus candidate of the People’s Democratic Party, PDP in Ibarapa East State Constituency, I therefore use this medium to declare my ambition and readiness to run again and I am confident and convinced that with your support and prayers, success and victory is assured.

“The last three years as the lawmaker representing Ibarapa East State Constituency have been eventful. This is coupled with my emergence as the Speaker of the 9th Oyo State House of Assembly. I am happy that the Assembly under my watch has in just three years surpassed the achievements of all previous Assemblies in the State especially in terms of number of bills and resolutions passed.

“We have nothing less than 86 bills (76 already processed) and 148 resolutions. This is not to mention the numerous oversight functions carried out diligently by the legislators under my supervision which have impacted positively on the State at large. Another unique achievement by the 9th Oyo Assembly which is also worthy of note is the granting of autonomy to the Oyo State House of Assembly.”

Recalling some of his achievements and other dividends Ibarapa East Constituents have received and experienced in his tenure, Ogundoyin mentioned, “Facilitation of Scholarship awards for some students in Ibarapa land; Distribution of bursary to over 200 indigent students in the Constituency; Recommendation of over 200 students for admissions into tertiary institutions across the country; Purchase of WAEC, NECO & JAMB forms for hundreds of the constituents.

“ Also, Recommendation of applicants of Ibarapa East descent for Police and NSCDC recruitment exercises; Facilitation of ITF vocational training on Furniture and Electrical work for 10 constituents; Sponsored Bills which led to the granting of autonomy to Adeseun Ogundoyin Polytechnic, Eruwa; Sponsored Bills and Motions on need for Massive infrastructure, provision of grant for Lanlate College of Education; Construction of a place of worship at Oloro village; Construction of a Primary Health Center at Lagaye.

“Ongoing construction of a block of 8 Classrooms at Temidire; Ongoing construction of another block of 6 classrooms at Ojonamo; Repair of 7 boreholes within the constituency; Periodic programs to support widows in the Constituency; Financial support for numerous constituents for payment of tuition fees, hospital bills and for small business owners.

He thus assured the people that before the end of the administration next year, all his ongoing projects especially blocks of classrooms and others would have been completed.

“We should also expect another round of empowerment program which is designed to take care of other constituents who have not benefitted from the previous ones.

“I have taken my election and appointment as a sacred trust, ensured quality representation and legislation as well as put in place constituents oriented programs and projects. I want to reiterate that if given the mandate to serve again in 2023, i will not compromise on quality and good representation,” he added.

Let’s Work With Whoever Emerges at Primary — Osinbajo