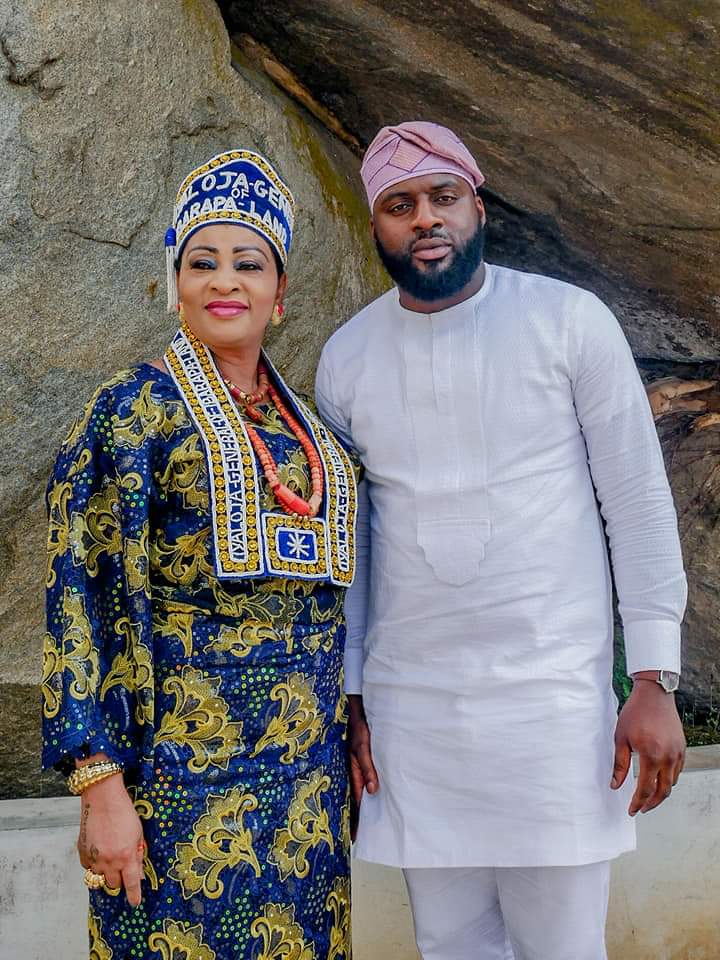 The Speaker of the Oyo State House of Assembly, Rt. Hon. Adebo Ogundoyin has congratulated his mother, the Iyaloja-general of Ibarapaland, Chief Mrs. Justina Ogundoyin on her appointment as the Acting Iyaloja-General by the Coalition of Traders in Oyo State.

In a statement signed by the office of the Speaker, Ogundoyin described the appointment as a well deserving call and opportunity for his mother to serve traders especially market women which as always being the central-interest of his mother in contributing to humanity and State’s commerce.

The appointment of Yeye Tina by the Coalition Of Traders in Oyo State last Thursday came after the demise of the former Iyaloja-General, Alhaja Wuraola Kola-Daisi, who died recently at the age of 86years old.

The coalition of traders through the President Ibadan Joint Traders, Alhaji Dauda Oladepo announced the appointment of Yeye Justina Iyabode Ogundoyin, Iyaloja-General Ibarapaland as the Acting Iyaloja-General of Oyo State with immediate effect.

According to the Speaker-Ogundoyin, he exposure to lot of details about markets around Oyo State as the Speaker, shows lot needs to be done by the government and the market stakeholders in securing the economy of the pacesetter State.

He said, “within a year now, there were records of fire incidents in our markets around the state taking away traders livelihood suddenly, this could be blame on lack of proper structural buildings, spacing and even lack of insurance for market stores.

“Poor spacing, lack of finance sources and backups, lack of packing space, environmental issues, hygiene, porous waste management habits and others are challenges waiting for the new acting Iyaloja and I wish her the wisdom and strength to coordinate the sector and solve many of these identified problems.

“We wish the late Iyaloja-General, Alhaja Kola-Daisi peaceful eternal rest and our prayers shall always be with the family and loved ones.”

On the looting of warehouses and stores by miscreants due to the security lapse especially in the southwest States and Abuja after the EndSars protest, Ogundoyin called on the security operative to do more in protecting businesses and markets in the State.

“It is unfortunate how so hoodlums feel all private businesses or warehouses are proceeds of looted public funds. Going about robbing people of their hard earn wares in the stores.

“I am calling of security operative to please do more in protecting lives and properties in Oyo State. The government led by Governor Seyi Makinde will not relent in continuously giving them our support.” He added.