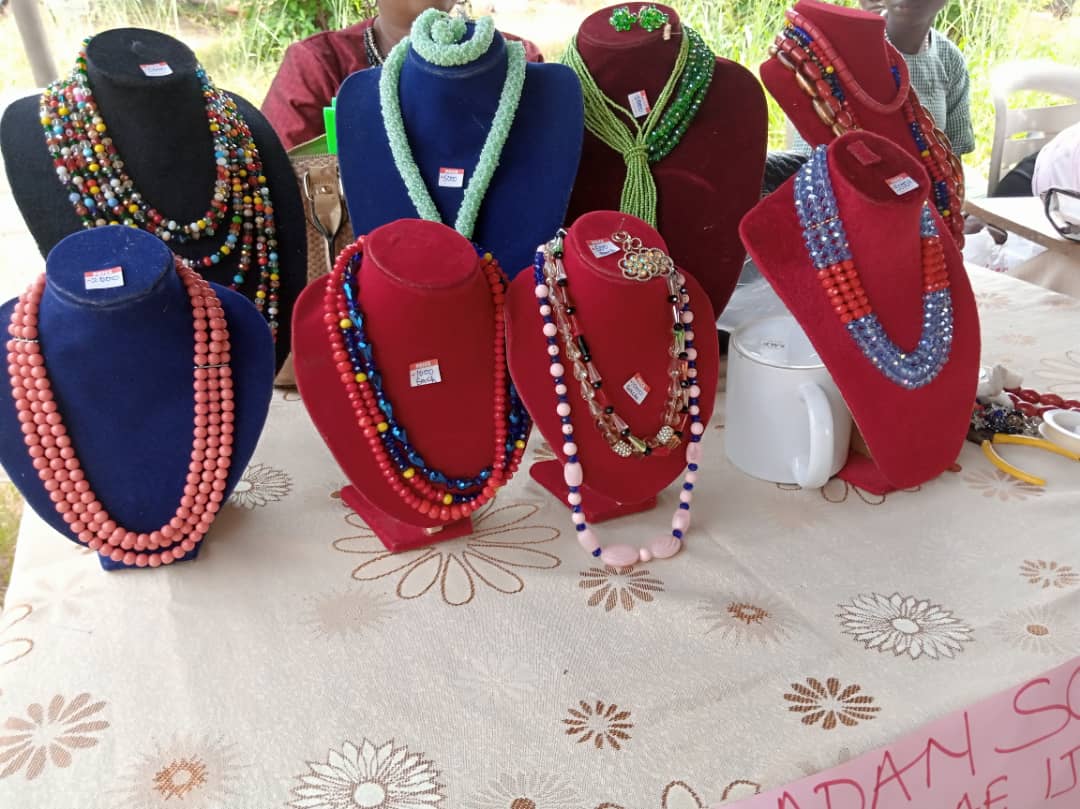 The Oyo State government has revived the celebration of Arts and Craft  Exhibition for pupils and students with special needs in both public primary and secondary schools in the State.
The State Commissioner for Education, Science and Technology, Barrister Olasunkanmi Olaleye, who made this known while delivering his welcome address at a one day Arts And Craft Exhibition/Celebration organized by the ministry in Ibadan, explained that the event would henceforth, be an annual exercise.
Speaking further, the commissioner maintained that the programme was salient and crucial to promoting entrepreneurship among persons with special needs in the society.
The Commissioner, while inspecting various wares such as shoes, liquid soaps, chalks, body cream, Adire clothing materials among others produced by the students and displayed at the exhibition added that such exercise was a major way through which persons with special needs could practically showcase their talents and achievements to the world apart from acquiring formal education.
While highlighting core objectives of the programme to include accelerating and promoting creativity among persons with special needs, encouragement of self reliance, instilling into such special persons the sense of self fulfilment among others, the Commissioner noted that Arts and Craft exhibition as a basis for technological development could not be overemphasised.
He posited that studies have shown that Arts and Craft Education stimulate children to perform better in other subjects like Geography, Biology, and Mathematics, stressing that 70% of persons with special needs fall back into arts and crafts as a source of living and self reliance.
Barr. Olaleye, who noted that it has been a very long time since such exhibition took place in Oyo State, expressed appreciation to the government of Oyo State under the leadership of Governor Seyi Makinde for its continuous support to education of persons with special needs and for reviving the programme in the State.
He particularly expressed gratitude to the Executive Assistant to the Governor on Disability Matters, Barrister Ayo Adekanbi for his immense and unrelenting efforts towards the advancement of education of persons with special needs.
“As you move around you will be convinced that persons with special needs are good at creative works and even better in some areas than their able-bodied counterparts.
“I wish to seize this opportunity to appeal to all well meaning philanthropists to help support the education of persons with special needs in particular and promotion of arts and crafts in our schools in general,” the Commissioner said.

Barr Olaleye, explained that the Ministry would devise a policy that would capture adequate monitoring of the pupils and students who have shown exceptional vocational skills in arts and crafts especially after leaving school so that the students would not derail from the skills and knowledge they have acquired while in school.
He however, expressed appreciation to teachers, pupils, and students for their commitments towards making the event a laudable one, adding that the government would continue to improve on its success.