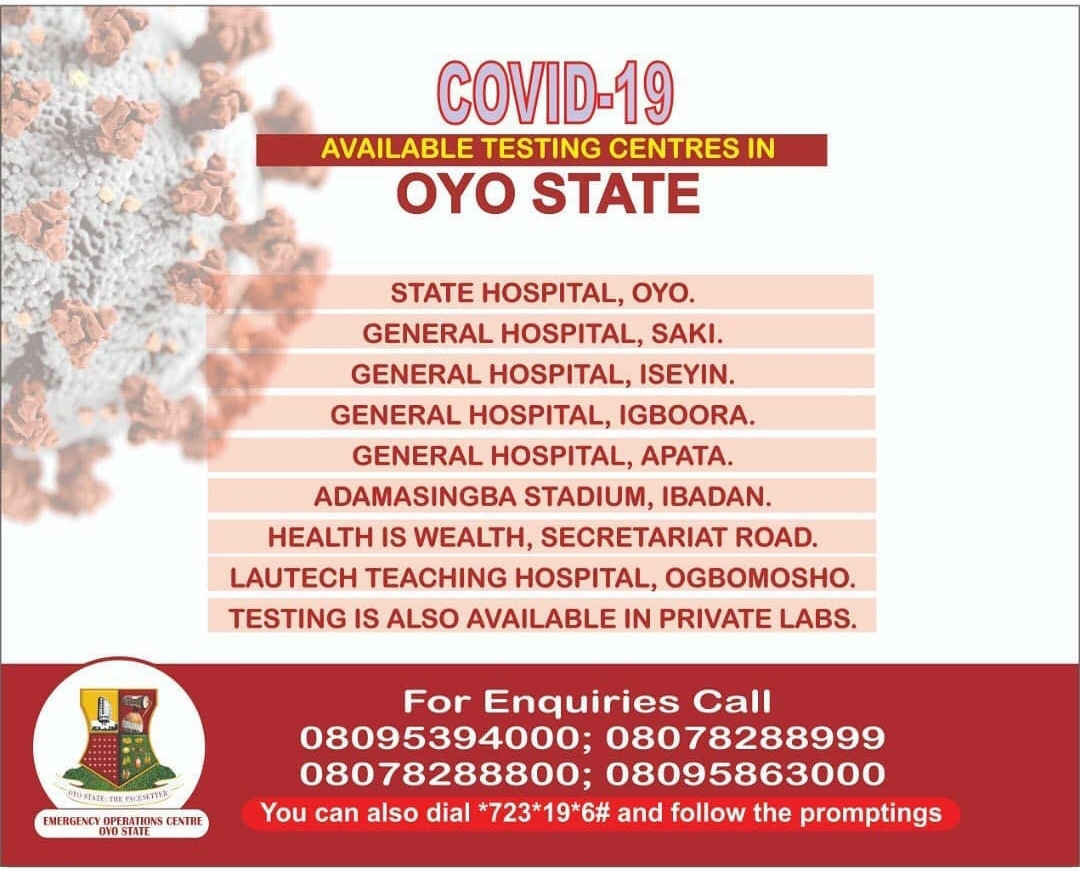 …urges residents to get tested

The Emergency Operations Centre, EOC, of the Oyo State COVID-19 Task Force, has released a list of locations where residents of the state can undertake COVID-19 test across the state.
A statement by the Chief Press Secretary to Governor Seyi Makinde, Mr. Taiwo Adisa, stated that the list of centres was ratified on Monday at the state’s COVID-19 Task Force meeting presided by Governor Makinde.
The statement added that the Task Force called on residents of the state to avail themselves the opportunities of its decentralised testing system, to get themselves tested for the virus.
The Task Force maintained that contrary to misinformation that the virus has been defeated, it is still very much active, warning that adequate and observance of all the safety protocols remained the effective ways of combating the virus.
According to the statement, the available testing centres in the state include: State Hospital, Oyo; General Hospital, Saki; General Hospital, Iseyin; General Hospital, Igboora; General Hospital, Apata, Ibadan; Lekan Salami Stadium, Adamasingba, Ibadan; Health is Wealth, Secretariat Road, Ibadan; and LAUTECH Teaching Hospital, Ogbomoso.
It added that testing is also available in approved private laboratories across the state.
The statement further indicated that residents can call the following numbers for enquiries: 08095394000, 08078288999, 08078288800, 08095863000 or dial 72319*6# and follow the promptings.