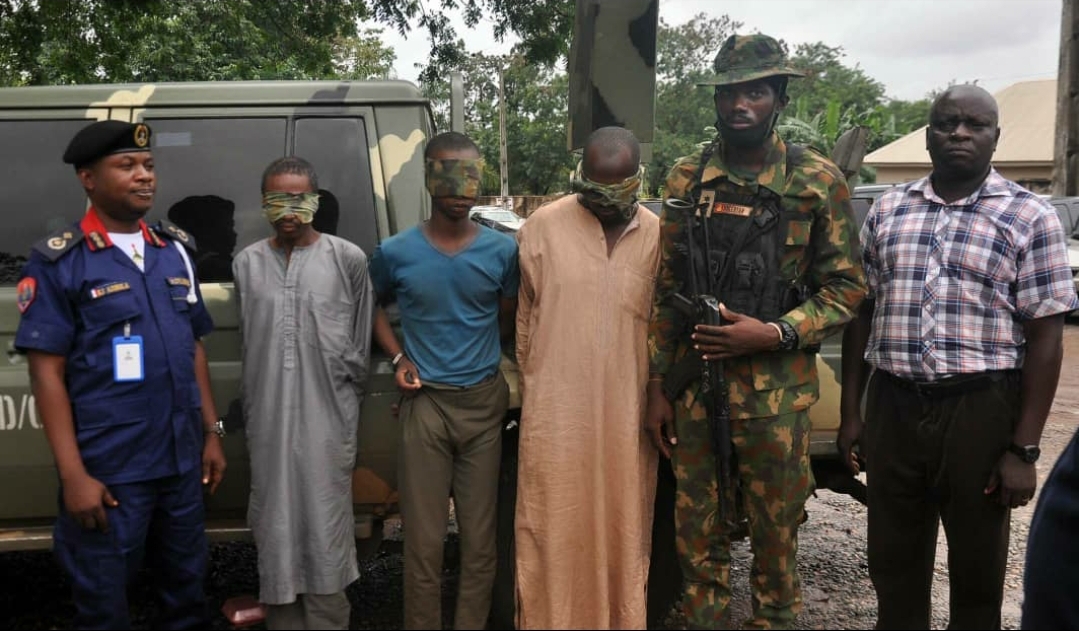 The three suspect were handed over to Nigeria army who have been on the trail of the suspect from Zamfara state for similar offenses.

Commandant Akinsanya appreciate the good Fulani herdsmen in oyo state, vigilante,The real farmers association and other farmers including well meaning people of oyo state for their support in given vital information to NSCDC which enable agro Rangers in arresting the suspect ,as well solicited for more cooperation to make the state peaceful and free of crimes.He assured the public that NSCDC in collaboration with other sister agencies is equal to the task of making Oyo State free of crimes and criminality especially during this ember months and beyond.
He warn the criminals engaging in stealing, cattle rustling and other criminal acts to relocate as men of NSCDC and other agency will arrest anyone involved in such act as anybody caught will face the full wrath of the law, calling on the good people of the state to support NSCDC by giving vital information to curb crime in the state.