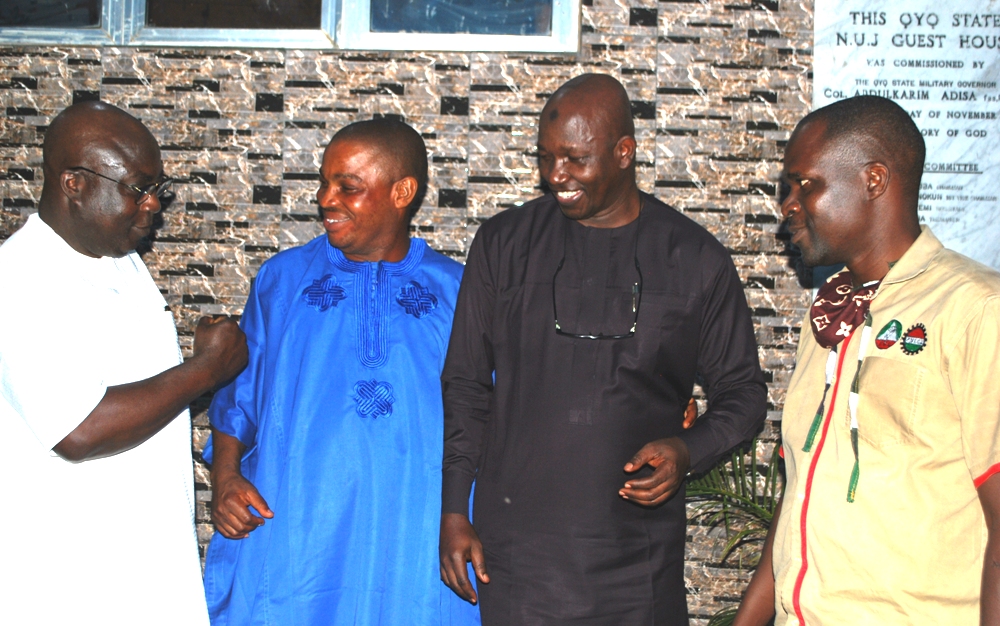 Comrade Kayode Martins has emerged the new Chairman, Oyo State Chapter of the Nigeria Labour Congress (NLC) after the resignation of the former Chairman, Comrade Adebayo Titilola-Sodo.
Martins was unanimously elected from among two other Vice-chairmen in the State, in an acting capacity, to complete the tenure of the former Chairman which will lapse in April 2023.
Titilola-Sodo resigned his position as the labour leader in Oyo State, following his recent appointment as pioneer Permanent Secretary in the State Local Government Staff Pensions Board (OYSLGSPB), by Governor Seyi Makinde.
While Sodo expressed confidence in the new Comrade Martins-led Executives, he had to resign his NLC Chairmanship position as it would not be easy combining the Office of a Permanent Secretary with labour leadership.
Titilola-Sodo stated, “Having been appointed as a Permanent Secretary, you cannot combine that kind of position with that of the number one labour leader of a State. So, one of the vice-chairmen has been elected to take over as the Acting Chairman to run out my tenure.”
He noted that the new assignment would give him an opportunity to also practise what he has over the years, as a labour leader, compelled other leaders to do.
Titilola-Sodo stated that Martins is to complete the remaining of his tenure which runs till April 2023 and then if interested, could contest for a fresh tenure, adding that Martin’s is a vibrant comrade who has been very loyal to the course of labour and with whom he had always engaged in struggles together.
“I have absolute confidence in him and the team. Labour is always teamwork, so he still has two vice-chairmen and there are other members of the State Advisory Council (SAC), not to talk of the State Executive Council. I have absolute confidence in them to deliver,” he asserted.
When asked what he was bringing to the table as the pioneer Permanent Secretary OYSLGSPB, Titilola-Sodo said since the Office of a Permanent Secretary is not like that of a politician, he could not promise anything except loyalty, competence and whatever would be necessary to make the workings of the Office a success to achieve the vision and mission of the government in place, which includes ensuring a better life for pensioners in the State.
He affirmed, “To ensure that their gratuity is paid on time and to enjoy their pension promptly. What this Office means to me is still service in the struggle towards actualising improved welfare for workers and pensioners and so on. We have done our best to achieve that as a labour leader and now that we are in charge of the welfare of retired personnel, it is now time to put into action, what we have always professed or charged others to do.”
The new Oyo NLC chairman is currently the Chairman of the Judiciary Staff Union of Nigeria (JUSUN), Oyo State branch.