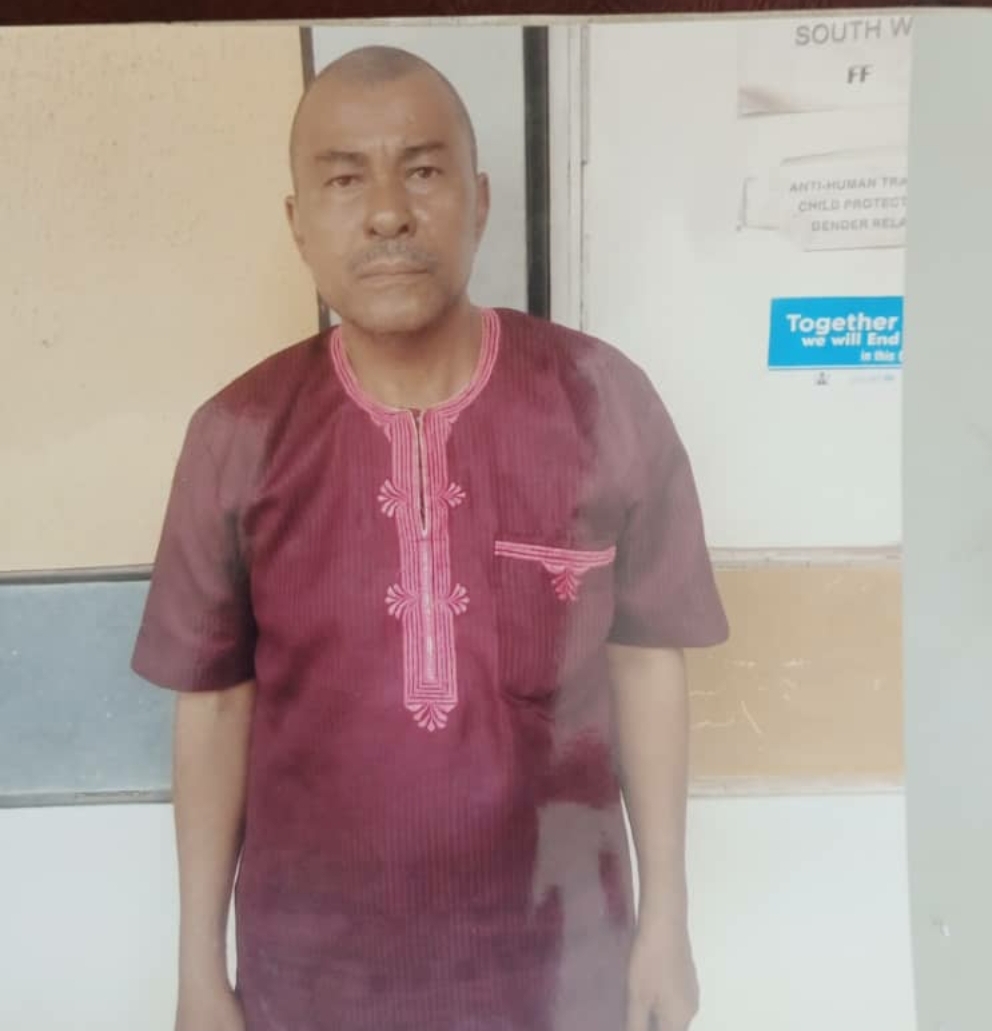 A 58 year old man, Mr. Francis Abayomi has been dragged before a Magistrate Court for allegedly defiling a girl child in Ibadan.

Francis was charged to Court by the Oyo State Command of the Nigeria Security and Civil Defence Corps for allegedly defiling 7 year old Akinpelu Emmanuella on November 25, 2020 at Kutamiti Street off Bashorun Expressway Ibadan.

The Magistrate in charge of Family Court 1, Iyaganku Ibadan, S. H Adebisi ordered that the suspect should be remanded in NSCDC Custody at the State Headquater Agodi Ibadan, while he adjourned the case till 25 January 2021.

The suspect allegedly defiled the victim without her consent and thereby committed an offence contrary to section 34(1) and punishable under section 34 (2) of the Oyo State Child Right Law 2006.

Oyo State Commandant of NSCDC has frowned at rape, defilement, incest and all forms of abuse on child and female gender.

He however warned members of the public who engage in such act to desist, or face full wrath of the law.