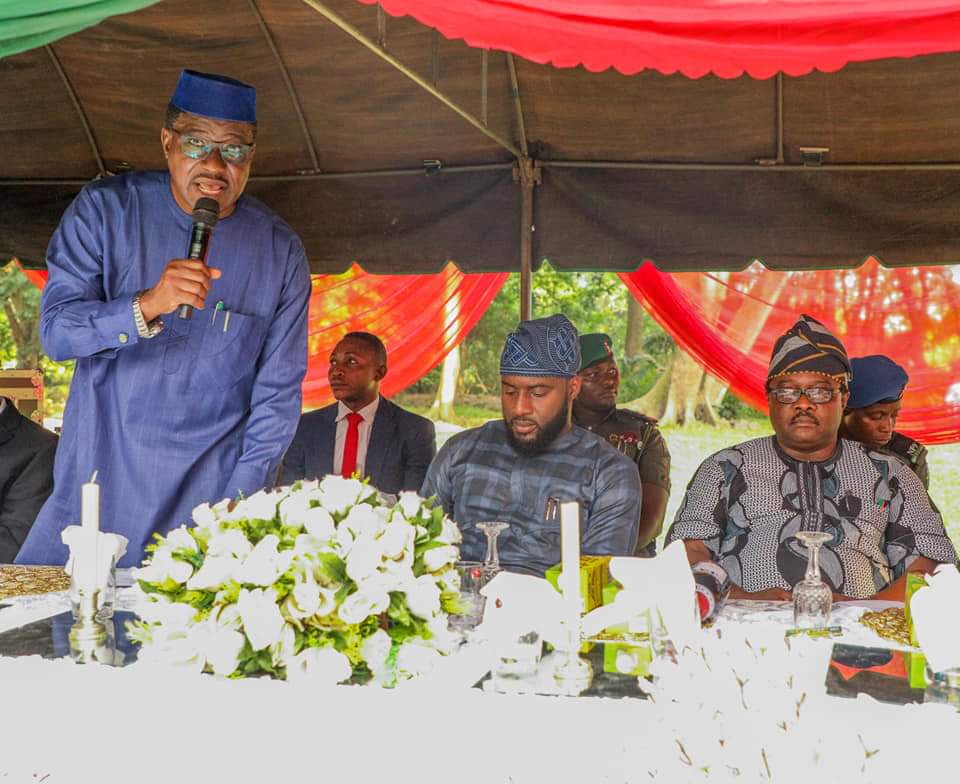 The Oyo State Ministry of Justice held its end of the year party today, at Agodi Gardens, Ibadan.

Speaking at the event, the Speaker, Oyo state House of Assembly, Hon. Debo Ogundoyin congratulated the Oyo State Ministry of Justice and its entire staff members for the successes and feats achieved this year.

“The Oyo State House of Assembly appreciates your corporate, support and awesome relationship we both share and enjoy, which makes the business of serving the people easier”.

He recalled the easy passage into law of bills such as, The Amotekun Law, Public Defender Law 2020, Domestic Violence Law among others, which were all this year’s collective efforts.

The event was attended by top government functionaries, including the Secretary to the State Government, Mrs. Olubamiwo Adeosun, the Head of Service, Mrs. Ololade Agboola, the Chief of Staff to Governor Makinde, Chief Bisi Ilaka among others.